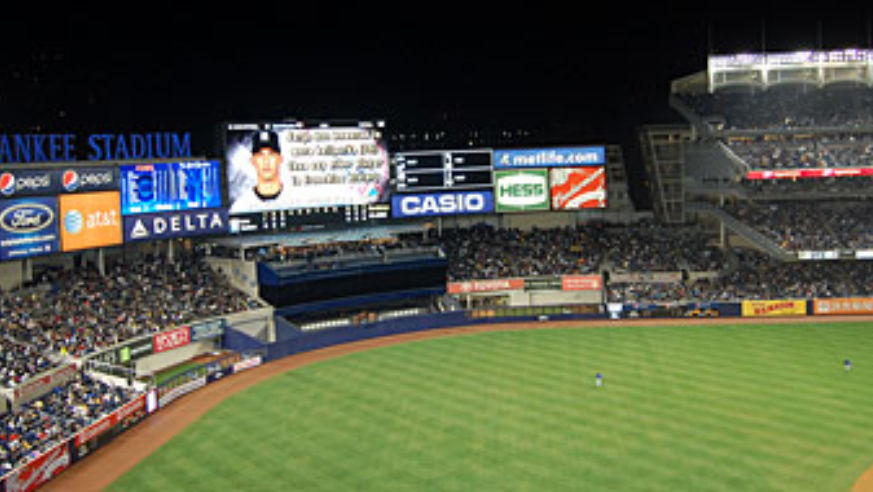 Yankees and Mets fans have something new to trade words over—who's got the better stadium? Next week, New York's subway series teams will host their first regular-season games at Yankee Stadium and Citi Field. As the New York Times' architecture critic points out, each playing field suggests something about the team that built it.

"Yankee Stadium is the kind of stoic, self-conscious monument to history that befits the most successful franchise in American sports. The new home of the Mets, meanwhile, is scrappier and more lighthearted. It plays with history fast and loose, as if it were just another form of entertainment."

Judge for yourself by catching a game or by going behind the scenes at Yankee Stadium; tours start on May 4, $15 for adults, $8 for kids. (For a nostalgic look back at the Yankees' former stadium, check out our slide show, a tour of baseball's cathedral.) No tours are listed on Citi Field's site—yet.

Grub Street, New York magazine's food blog, has posted a breakdown of where to eat at Citi Field, including an outpost of Danny Meyer's Shake Shack. The magazine published neighborhood food recommendations for each park back in summer 2007.

The stadiums are just two more reasons to visit New York, where almost everything seems cheaper and more tourist-friendly these days. We've recently covered hotel deals from $129, how to see classical music for less, a new tourist info center, affordable souvenirs, and some tips for savvy dining, inspired by this season's Top Chef.