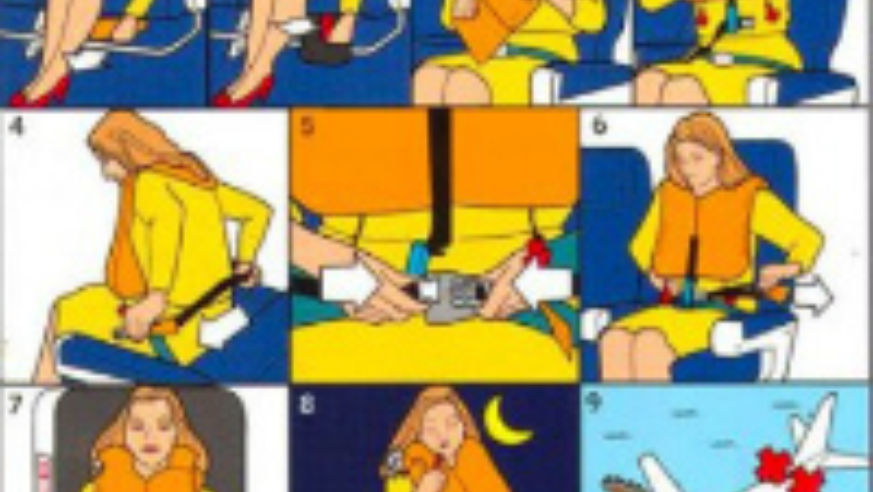 The happy ending is mainly due to the skill of pilot Tadeusz Wrona, who made all the right moves after discovering that his landing gear wasn't working.

But another key safety factor is that passengers had paid attention to the safety briefing from flight attendants.

Plane crashes are survivable. In the US, a federal study of plane crashes found that roughly 95 percent of passengers survived.

Where's the safest part of the plane to sit? Internet searches will turn up results claiming that the back of the plane is safest. But that belief is based on 1970s amateur analysis of plane crashes, reports journalist Barbara S. Petersen. No one knows if one part of a plane is safer than another.

That said, a few years ago Ed Galea, a professor at the University of Greenwich, in England, studied the seating charts of more than 100 plane crashes and crunched the numbers in his computer. He found that people seated within five rows of a exit had the best chances of escape. Passengers in aisle seats were also more likely to survive. So, sitting in an aisle seat within five rows of an exit may be a help.

Another statistic worth noting: A large majority of survivable plane crashes happen in the first few minutes and the last eight minutes of a flight. No plane has ever been knocked out of the sky by turbulence, as scary as turbulence can be.

A couple of pointers from experts:

Focus on opening your seat belt

In an emergency, many people panic. The typical passenger may try to open their seat belt as if it had a button like seat belts in cars do. Keep thinking about pulling the latch open in the final seconds before impact, while you're in the brace position.

Count the rows to your nearest exit beforehand

Keep that number in your head. If you're seven rows away from an exit, and the cabin fills up with smoke and there are almost no lights, you'll have to count seven rows until you feel your way to the exit. (Geeks will point out that the nearest exit may not be working. If that happens, move on to the next.)

Feel free to share your thoughts in the comments.

Would You Fly More Frequently if Airline Seats Were More Comfortable?