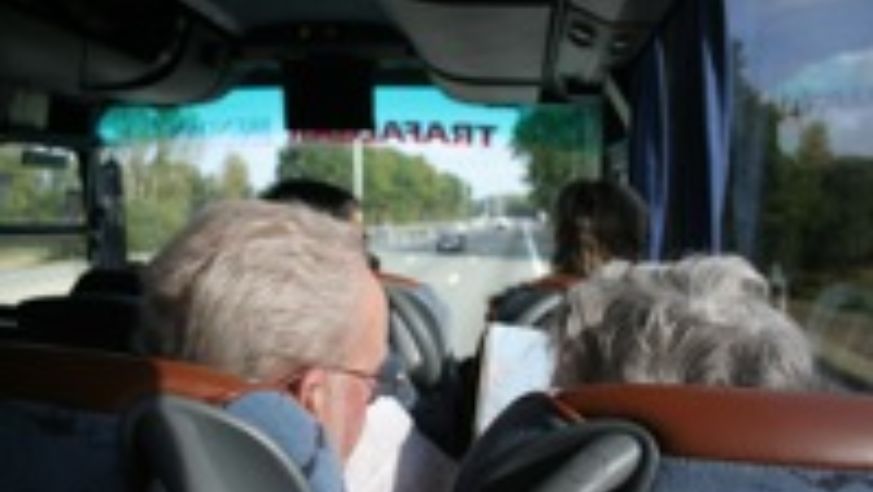 Courtesy Michelle Baran
On a Trafalgar tour through Europe

Escorted touring — that age-old form of travel by which you hop onto a bus for a mostly inclusive sightseeing vacation — is in the midst of a bit of an identity crisis. And that's partly because it's not quite clear whether you, the traveler, still want to travel on the same type of tour your parents and grandparents traveled on.

Consequently, travel companies are torn between pushing the classic benefits and appeal of an escorted tour — the ease, efficiency and educational aspects — or creating and marketing a whole new generation of touring, one which caters to travelers' increasing desire to globe-trot on their own with a small group of friends, family or other like-minded individuals.

"The tour can have a complete rebirth," said Jennifer Halboth, director of marketing at Globus. "People understand what a tour is. So we're calling it a tour because that's what it is … And it's pretty damn good the way it is."

The campaign revolves around the concept of the "world’s great misconceptions," explained Halboth, ticking off notions such as that Napolean was short (Halboth points out that at five feet and seven inches, he wasn't actually that short for his time). It uses that to segue into misconceptions about touring, including that tours aren't for baby boomers, they're for older passengers, and that tour goers spend the majority of their time on a motorcoach ("less than 20 percent of your time on tour is on a coach," said Halboth).

Combating other misconceptions, Globus points out that 80 percent of its travelers are boomers or younger, based on a survey of past passengers. And the brand's most popular multi-country tour, European Tapestry, has an average passenger age of 44.

Trafalgar is taking a slightly different approach to the evolving perception of touring. An escorted tour, said Trafalgar President Paul Wiseman, "does not represent the enhanced experiences that we're representing … we're transforming the product."

As part of that transformation, some of the new features of Trafalgar's 2012 tours include a "Be My Guest" culinary experience, in which a local family hosts tour guests for a meal. Additionally, Trafalgar is doubling the size of its At Leisure program, which launched two years ago as trips with more free time built-in for travelers to go off and explore on their own.

Wiseman said that Trafalgar is actively removing the term "escorted tour" from all the brochure and marketing materials and replacing it with terms like "vacation" and "experiences."

What about you? What are your perceptions of an escorted tour? Have you been on one? Would you take one? Why or why not? Let us know by voting in our poll or commenting below.

Has your trip ever been saved by a stranger?