Prague: Getting something for nothing

We love a good deal, so naturally National Geographic Traveler's list of free things to do in Prague hit a chord. Along with the worthy-but-not-shocking days and hours when museums are free, the capital of the Czech Republic also offers walking tours, music performances, and even a few places with free snacks. If you like to multitask your vices, head to the Golden Prague Poker Room in the Hilton—gamblers get free drinks and cigarettes as well as a free buffet after 9 p.m. [via Cheapest Destinations] 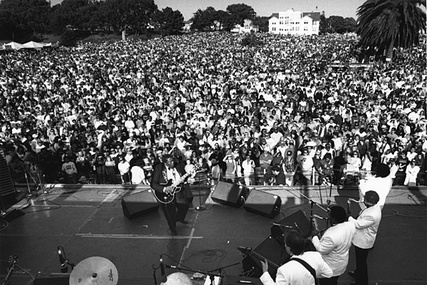 This Weekend: Celebrate the blues by San Francisco's Bay

No matter how you like your blues (Chicago, Texas, Delta, Electric), you'll find something to like at the 36th-Annual San Francisco Blues Festival, which is widely considered to be the longest-running blues festival around. This year's edition kicks off on Friday with a tribute to the late John Lee Hooker. The music continues on Saturday and Sunday in the Great Meadow just outside of Fort Mason Center. Some of the show's 15-plus performers are The Delta Groove All Star Blues Revue, accordion legend Buckwheat Zydeco, singer Denise LaSalle, and guitarist Johnny Winter. The blues comes from a long oral tradition, and there will be plenty of your blues brethren at this event doing call-and-response with the artists. (Upwards of 20,000 visitors are expected.) In addition to the music, you can munch on barbecue, oysters, and rice and beans. So bring a cooler and a lawn chair for a little blues by the bay. If you arrive early, you may snag a great spot to view the Golden Gate Bridge in the distance. Friday's event is free, from noon to 1:30 p.m. at Justin Herman Plaza, 1 Market Street. Saturday and Sunday's events are at the Great Meadow at Fort Mason, Marina Boulevard, and Laguna streets. Tickets are $35 per day in advance, $40 per day at the gate. Gates open at 10 a.m.; the festival hours are 11 a.m. to 6 p.m. sfblues.org

Presidential address: Montpelier gets a facelift

James Madison lived at Montpelier&mdash;an estate in Virginia's Blue Ridge Mountains&mdash;for most of his life, yet until recently the fourth president of the U.S. wouldn't have recognized the place. That's because the house changed hands several times after his death, and each owner had a different vision for the mansion. "It was a home, but it wasn't the Madisons' home," says architectural historian Mark Wenger, who was part of Montpelier's recent five-year, $24 million restoration. Today, you can see the property in its original 1820s glory&mdash;and watch conservationists at work in the Archaeology Lab. montpelier.org, $14. 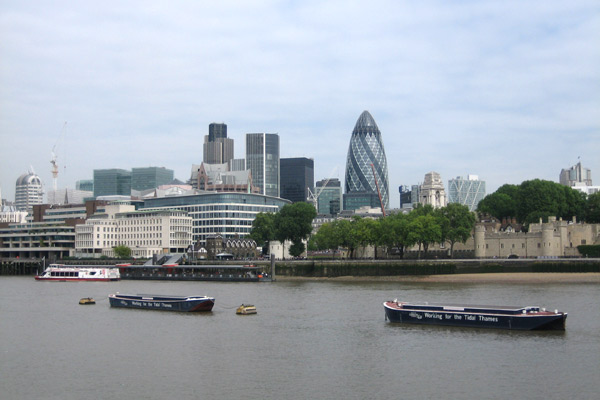 The River Thames gets its due

It’s no coincidence that rivers run through many of the world’s leading cities. Case in point: London. A new walking tour, the Tides of Time, traces the evolving relationship between the city and the Thames. Docents from Context Travel&#8212;a network of archaeologists, historians, food critics, and other specialists&#8212;take participants on a 2.2-mile stroll along the river’s South Bank. Beginning at Tower Bridge, the route hits landmarks old and new, such as the Houses of Parliament, the replica of Shakespeare’s Globe Theater, the Tate Modern, and the London Eye. While passing wharves and brick warehouses (some now galleries and trendy lofts), you’ll learn about the river’s industrial role and about efforts to improve its water quality. Just walking the Tides of Time does a small part to tidy up the river; Context Travel donates £5 ($9) from each ticket to Thames 21, a nonprofit that hosts periodic cleanup events. Happen to be in London this Saturday, September 20? You could join a special cleanup day: the Context walk followed by a few hours of collecting trash with Thames 21 members. The Saturday event is part of the nonprofit’s annual Cleaner Thames Challenge (September 18-21, 2008). The three-hour Tides of Time runs regularly on Wednesdays for £35 ($64) per person. No, it’s not cheap, but the walk is a highly curated experience&#8212;Context terms it a “seminar,” not a tour&#8212;and limited to just six people. Keep up with the company’s like-minded offerings in Paris, Rome, Naples, Florence, Venice, and New York City at contexttravel.com. 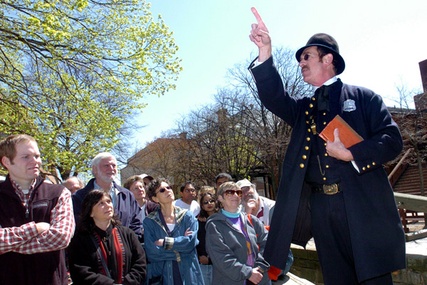 This weekend: D.C. is hosting more than 80 free walking tours

If American history class wasn't really your thing (read: you slept through it), here's a chance to get caught up. Washington, D.C. will be hosting more than 80 free walking and bike tours this Saturday and Sunday. Cultural Tourism DC, a nonprofit coalition of cultural and neighborhood organizations, is sponsoring the event. The breadth and wealth of subjects is almost overwhelming (the tours span 18 neighborhoods), but here are a few that stood out: "Art on Line: The Story Behind the Artwork at Metro Stations," "Can You Dig It? The Past, Present, and Future of Mt. Zion Cemetery," and "The National Mall: What the Memorials Don't Tell You," where you can be a guinea pig for a future self-guided tour (plus, it sounds like there might be some National Treasure action.) Meeting points, times, and guides vary - some tours require registration (although all the tours are free). You can get all the info at culturaltourismdc.org.