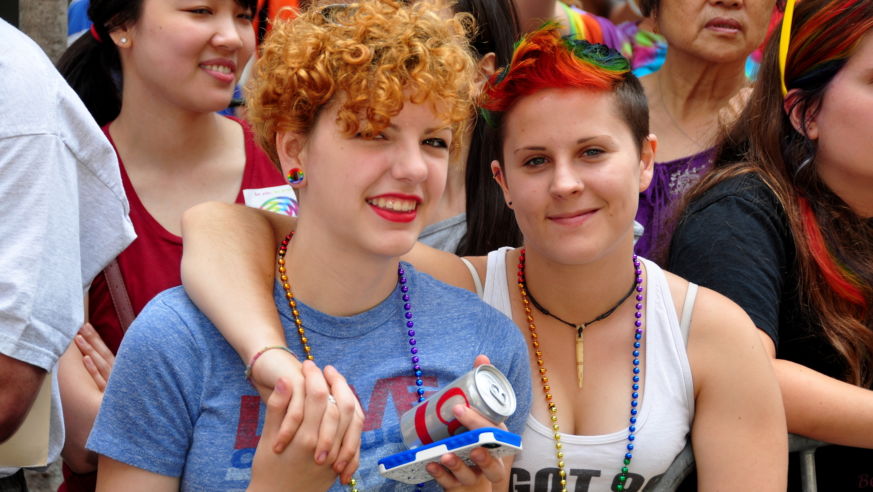 NYC's Pride Parade, on June 30, promises to be the biggest and best ever.

Pride in the greatest city the in the world is going big this year. Record-setting big, with LGBTQ WorldPride events across New York City already starting to roll out on the way to a blowout late-June weekend that’s part commemoration, part celebration.

Why all the gusto? Because 2019 marks a half-century since the Stonewall uprising, when lesbian, gay, bisexual, transgender, and queer citizens fought against police raids and harassment—and in the process, galvanized the LGBTQ civil-rights movement. The riots ignited late on June 28, 1969 outside the Stonewall Inn in Greenwich Village and lasted several days. A year later, the very first “Gay Pride” parade was held, celebrating what was then known as Christopher Street Liberation Day. Commemorations of NYC’s Stonewall protests took root in cities across America and Europe, eventually becoming common in most major cities around the globe.

Since 2000, WorldPride has served as a kind of Olympics of Pride. It takes place in different cities around the world every other year, and in June 2019 will streak New York in rainbows with its American debut.

For a city that’s already home to the country’s biggest LGBTQ Pride festivities—with around two million attendees and participants—WorldPride NYC and Stonewall 50 promise to potentially double the headcount over the big weekend.

Beyond the annual march, which sets off Sunday, June 30th at noon, the city and state are ringing in June Pride month with a bevy of events to jumpstart the gaiety in May. Here’s a rundown of WorldPride highlights across New York.

New York’s tourism office, NYC & Company, has been a driving force behind WorldPride. Its 2019-worldpride-stonewall50.nycpride.org website—built collaboratively with Heritage of Pride (the city’s Pride organization) and the state’s I Love New York tourism bureau—is an ultimate resource for information about the wide array of events ahead. Plus it’s a great place for visitors to find tips on partner hotels (there are many), transportation and airline info, and an impressive interactive map showing everything from events to historic LGBTQ+ sites.

Unmissable events include the Opening Ceremony on June 26; the Stonewall 50 Commemoration and Rally on June 28; Pride Island’s nightly concerts June 29–30; plus many more family and community events throughout the season. June 30 is the mega day that starts with the Pride March, follows with the Pridefest streetfair, and wraps up with the WorldPride Closing Ceremony in Times Square that evening—with Melissa Etheridge and many more luminaries slated to perform.

The WorldPride NYC extravaganza culminates on June 30, serving as citywide pride in the borough of Manhattan. But don’t miss the chance to catch the outer boroughs’ distinct and amazing celebrations, each with full schedules that include concerts, sports, parties, and more. Here’s a rundown of their march dates: Staten Island PrideFest on May 18; Queens Pride on June 2; Brooklyn Pride (with a fun night parade) on June 8; the 1 Bronx Festival on June 23; and Harlem Pride June 29.

The Stonewall National Monument was designated in 2016, and encompasses 7.7 acres of Greenwich Village where the uprising took place in 1969. It stretches from Greenwich Avenue to W. 4th Street, and W. 10th Street to Waverly Place, and will serve as the city’s crossroads for all things LGBTQ throughout Pride month. Be sure to visit little Christopher Park, home to George Segal’s 1980 Gay Liberation sculptures of two same-sex couples—they’re the city’s only public art dedicated to LGBTQ rights.

Expect to easily fill your June visit with a fabulous selection of LGBTQ-centric entertainment and art. Among the brightest are the New York Public Library’s Love and Resistance: Stonewall 50 exhibition; Leslie-Lohman Museum’s Art After Stonewall; the Guggenheim’s Robert Mapplethorpe photography exhibit; and NYC Opera’s Stonewall (The Opera). Official WorldPride events also include Family Movie Night on June 21 and OutCinema screenings.

Upstate New York is luring musical-theater fans for the free “Sing Out, New York” music festival (in various locations, May 28–June 9); and the renowned Forestburgh Playhouse’s summer staging of Priscilla Queen of the Desert (July 30–August 11).

There are staples of LGBTQ community and culture all over the Big Apple, in the Village and beyond. Don’t miss visits to The Center, Bluestockings Bookstore, the Lesbian Herstory Archives, the Alice Austen House, as well as legendary piano bars like Marie’s Crisis, Monster, The Duplex, and Townhouse. Of course, iconic (and innumerable) gay and lesbian bars are also well worth grabbing a tipple, from Stonewall Inn and Julius’, to Henrietta Hudson and Cubbyhole; plus the great outer-borough lounges like Ginger’s, Excelsior, Metropolitan, Albatross, Friend’s Tavern, and Harlem’s Alibi Lounge.

For drag fans, don’t miss fabulous weekend drag brunches like the weekend shows at La Pulperia HK and Lips (both in Midtown), and the special June weekend shows heading to historic Oscar Wilde restaurant in NoMad.

LGBTQ history runs deep in NYC, so consider a tour with the gay professor behind Oscar Wilde Tours, who explores different neighborhoods and queer art at the Metropolitan Museum of Art. Both Walk About New York, and lesbian-owned Local Expeditions lead LGBTQ and other fascinating city tours (walking and biking) in a variety of neighborhoods. There also are a few specialty tours gearing up for June, like Madame Morbid’s Victorian trolley tours, with drag queen Miss Sinister Strawberry guiding guests through Brooklyn’s macabre side on June 20 and 27.

Don’t miss the free self-guided tour options of the NYC LGBT Historic Sites Project, where you can customize your preferred themes and neighborhoods with a downloadable map, and discover amazing queer history across all five boroughs.