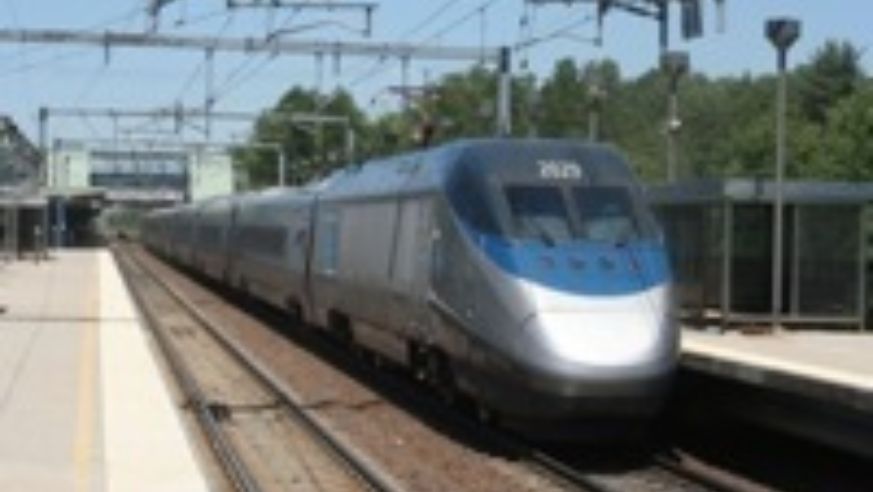 Just as gas prices are threatening to soar this summer and put a damper on those roadtrippin' plans, the country's rail network has seized the opportunity to tout the advantages of traveling by train.

"When you consider today's average gas prices, the cost of a rail ticket on one of Amtrak's long-distance trains is significantly less than keeping the car fueled," said Todd Powell, president of Chicago-based specialty travel company Vacations By Rail.

Vacations by Rail breaks down some of the distances of major train routes across the U.S. and what it would cost to fill up the car versus to take the train. For instance, it's 1,547 miles from Chicago to Glacier National Park in Montana. If a car gets an average of say 25 miles per gallon, then it will take nearly 62 gallons to get there. At $5 per gallon, which is how high gas prices might get this summer, it will cost $310 to fuel the car each way.

The train ticket is $155 each way. So, of course, it also depends how many people are in the car. If there are two people in the car, that's arguably the same price.

To further encourage families to consider training it rather than driving, as part of one of Amtrak's summer promotions, kids can ride the Auto Train, a train the can accommodate cars, vans, motorcycles, boats and jet skis, for $19, for bookings made by June 5 for travel between June 1 and August 30.

There are more reasons to celebrate rail travel right now too.

Amtrak turns 40 this month, and to celebrate an Amtrak Exhibit Train is touring the U.S. to celebrate. Additionally, May 7 is National Train Day and Amtrak is hosting events at train stations in Washington, D.C., Philadelphia, Los Angeles and Chicago that include live entertainment, exhibits, kids' activities and model train displays, and tours of Amtrak equipment, freight and commuter trains, and private railroad cars.

Is high-speed train travel the way of the future? The guys of Mad Men think so!

Trains versus planes? Survey shows a pull towards tracks