We're giving you the floor. To gear up for our second annual Readers' Choice issue in November 2011 we're turning to the true experts—you! Over the past few months we asked for your thoughts on a variety of travel topics ranging from your favorite cruise line to your ultimate dream destination. Once your nominations are in, we'll give you the chance to vote on the best of the best.

Let us know your pick for the best value destination—and why—by posting a comment below.

What makes a great value destination? Where can you find the cheapest, but still most stylish, resorts? Which cities are served by low-cost carriers? Where can you indulge in gourmet food and wine without breaking the bank? Where does your dollar go the furthest?

The more details to make your case, the better!

What's your favorite small town in America? Nominate yours now!

Right now at Budget Travel, we're busily putting the final touches on our September 2010 issue. I've been invested in one story in particular, our annual feature on the "Coolest Small Towns in America," and I couldn't be more excited about how it's turning out. What's made this story really exceptional&mdash;from all the other gazillions I've ever worked on&mdash;is how impressively engaged you, our readers, have been from the get-go. Last year, when we asked you to nominate your favorite towns in the country with a population of less than 10,000, you answered with 147 intriguing, enticing picks. Our editorial team had a tough time narrowing that list down, but managed to select 20 contenders. From there, we asked you to pick your favorite, and the response was through the roof. We received a whopping 439,411 online votes. Our September issue will reveal the winners. Over the past month, I've gotten the chance to talk with some residents from each of our top picks, and one thing has really struck me: Every single local I've talked to&mdash;from the chef who recently moved to Bandon, Ore., to the mayor of Cuero, Tex.&mdash;all of them are utterly, entirely convinced that their tiny town is the best in the country, if not the whole world. That kind of enthusiasm is contagious, and now, my roster of dream trips has shifted from the far-flung and exotic (Patagonia can wait) to the tiny, three-stoplight towns across the U.S. I'm already eyeing a free Saturday this summer to take the hourlong train ride from Manhattan up to Nyack, N.Y., to go antiquing, and my next weekend-long escape from the city is very likely going to be to Ely, Minn., to take a canoe trip in its North Woods backyard and go pub-hopping in town afterward. The race has already begun for our 2011 "America's Coolest Small Towns" contest. I, for one, know I'll be watching the nominations closely&mdash;I'm eager to get more travel ideas!

There's a reason river-cruise bookings have spiked by more than 20 percent each year since 2001: Unlike on mega ships, you typically won't find surprise fees tacked onto your bill when you sail on these small vessels. Riding this wave of popularity, Avalon Waterways is adding four ships&mdash;Affinity, Creativity, Luminary, and Felicity&mdash;to its European fleet. On May 9, the Affinity starts its maiden voyage in Holland. avalonwaterways.com, six-day trips from $1,699. &mdash;Geraldine Campbell, from the May 2009 issue of Budget Travel 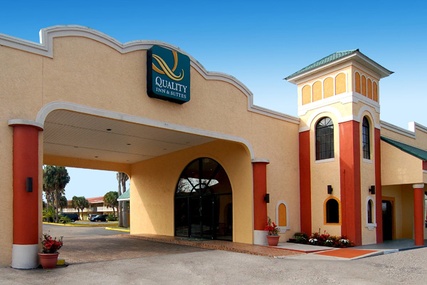 The amazing hotel deals just keep on coming. But this one is particularly neat. Book two separate room nights&mdash;as brief as one night apiece&mdash;between now and the end of April, and you'll be rewarded with a free night's stay at any time between now and the end of 2011 at any one of 1,500 properties anywhere in North America (including in Mexico and the Caribbean). Well, that's exactly what you can do. For the first time ever, all Choice Hotels&mdash;including Comfort Inn, Quality Inn, Clarion, Econo Lodge, and Rodeway Inn&mdash;are running a free-stay special discount at the same time: Book two separate stays at choicehotels.com or 800/424-6423 for arrival now through April 30 and&mdash;if you're a member of the free Choice Privileges rewards program&mdash;you'll be able to redeem a free night at any of the other hotels under the Choice Hotels brand for a stay until Dec. 31, 2011. For a list of participating properties state-by-state, visit this page of the Choice Hotels website. 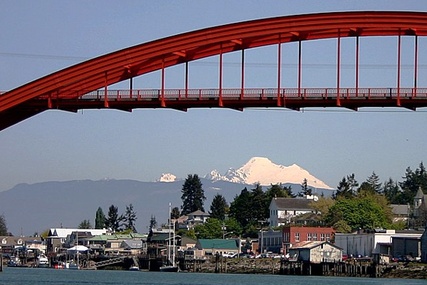 Rather than blog about the latest airline news or innovation in rental cars (which is what I normally do), I thought I'd put out a little plug instead. We're currently soliciting nominations from readers for our annual "Coolest Small Towns" package in the magazine, and I want you to contribute! Click on this link, and tell us about a cool small town that you think deserves recognition, whether it's for its thriving art scene, eclectic mix of residents, or fantastic local restaurants. We definitely want places with an edge to them&mdash;so don’t go for quaint. And the towns MUST have a population under 10,000. Besides that, anything goes. I recently visited a couple of towns we included in this package over the past couple of years, Catskill and Hudson, both of which are in New York's Hudson valley. While Hudson is thriving&mdash;it has restaurants that can rival those in New York City&mdash;I was saddened to see that Catskill isn't doing that well. Perhaps it's the economy&mdash;it's tough for out-of-the-way towns to prosper when nobody's spending money. Catskill is a dreamy little place&mdash;the architecture is fantastic, and the few antique and crafts shops on Main Street are well worth a visit if you happen to be in the area. (You can visit Catskill and Hudson the same day; they're across the river from each other.) Maybe getting your small town in our magazine will help boost its economy at a critical time&mdash;so fill out this online form! (Please, don't post a comment below on this blog, but instead click on this online form.)