The number of flights canceled in the first 15 days of June was up a whopping 91 percent compared with the same period last year, according to this article in the Wall Street Journal. Airline delays were also widespread. Roughly one out of three U.S. flights failed to arrive on time from June 1 through June 15. Passengers on Northwest and United have been particularly hard hit by both cancellations and delays.

To cope with summer air travel, consider these tips from Budget Travel's editors:

Wield your cell phone like you're Jerry Macguire. If you're at the airport when your flight is canceled, call the airline's 800 number while you're walking to the airline counter (and stay on while in line); this increases your chance of getting on the next flight. To be prepared, print out this wallet card with a list of airline 800-numbers.

Sign up for alerts from your airline. If your airline won't send text messages to your phone, then you can always use Google. Just send a text message to "Google" (466453) from your cell phone and you can get all kinds of info. For flight arrival/departure info, type the flight number; for example, for Delta Flight 395, type DL395--the code you'll find on your boarding pass. If you have access to a Web browser, you can access FlightStats.com.

Be wary of tight connections. If your itinerary requires you to change planes, you face a risk that you may not make your onward connection if your first flight is delayed. Budget-conscious travelers often face this problem for a simple reason: Some online travel websites sell discounted tickets with layovers that require you to make unreasonably tight connections (or implausibly quick transits through airports). Be attentive to the layover time between flights and consider paying a little more to book an itinerary with additional time to make any connections. 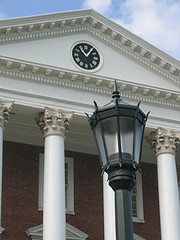 For the eighth year, the National Trust for Historic Preservation has put together a list of 12 distinctive communities, each one rich with character, a sense of place...and historical preservation activists. One of this year's picks is Charlottesville, Va., which Budget Travel recently profiled, too. [Photo: My Hobo Soul via Creative Commons and Flickr] Here's the full list: Charlottesville, Va.-- This college town is near Jefferson's Monticello, Monroe's Ash Lawn-Highland and Madison's Montpelier. Chatham, Mass. -- Here's a coastal community with an architecturally rich downtown. Chestertown, Md. -- Lined with 18th and 19th century houses, this town--about 90 minutes from Washington, D.C.--holds annual festivals, including a "cute dog" parade. Durango, Colo. -- Nestled between red sandstone bluffs, this town has well preserved Puebloan ruins. Ellensburg, Wash. -- A Victorian town that's home to Central Washington University and offers great fly fishing. Hillsborough, N.C. -- Holds some fantastic summer festivals and boasts an original, rare NASCAR speedway. Little Rock, Ark. -- With a presidential library, a WWII-era submarine, and the world's longest pedestrian bridge, this is the little town that could. Mineral Point, Wis. --Cornish rock houses, Craftsman bungalows, and simple log cabins can be found in this gem hidden in rolling hills. Morgantown, W. Va. --This university town has a Riverfront park with an amphitheater and miles of paved trails. Providence, R.I. --On summer weekend nights, this college town holds a festival with music and small bonfires along a central canal. West Hollywood, Calif. --This predominantly gay neighborhood offers great opportunities to spot celebrities at trend-setting places, such as the ice cream shop Pinkberry. Woodstock, Ill. -- This Victorian village town has a nationally renowned Mozart festival and a Victorian Christmas every year. Related: Budget Travel's list of coolest small towns. 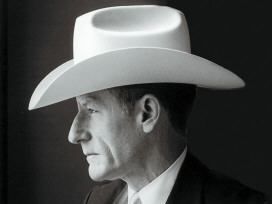 Cruise with your favorite musician! Sixthman is an Atlanta company that sets up cruises that headline musical stars. Today, for example, "tickets/fares" go on sale for the first Cayamo "song cruise" with Lyle Lovett and Emmylou Harris, which will set sail Feb. 4 through Feb. 10, 2008 on the Carnival Victory. Prices start at $747 per person for a double interior room. As with any cruise, add about 30 to 55 percent for additional costs, such as on-board alcoholic drinks, taxes, and port charges. Other upcoming cruises will feature the rock and pop acts Ben Folds, John Mayer, and Barenaked Ladies. Indie- and retro-rock fans will want to consider a trip on the The Rock Boat, which will depart Jan. 19, 2008, for a five-day festival at sea, with headliners Sister Hazel, Aslyn, and Toad The Wet Sprocket. Sixthman's website offers a list of upcoming music cruises.

Kids fly free in Europe on Austrian Airlines, in a deal available until June 30. [via Eurocheapo] Sedate your kids? [via the Wall Street Journal] Find family lodging in Europe with these two cool websites. California theme parks deal. Rock 'n' Roll summer camp for parents &amp; kids. [via the Los Angeles Times] The campaign to Leave No Child Inside. [via The Daily Transit] It's getting harder to take family vacations.

Are You the Ugly American?