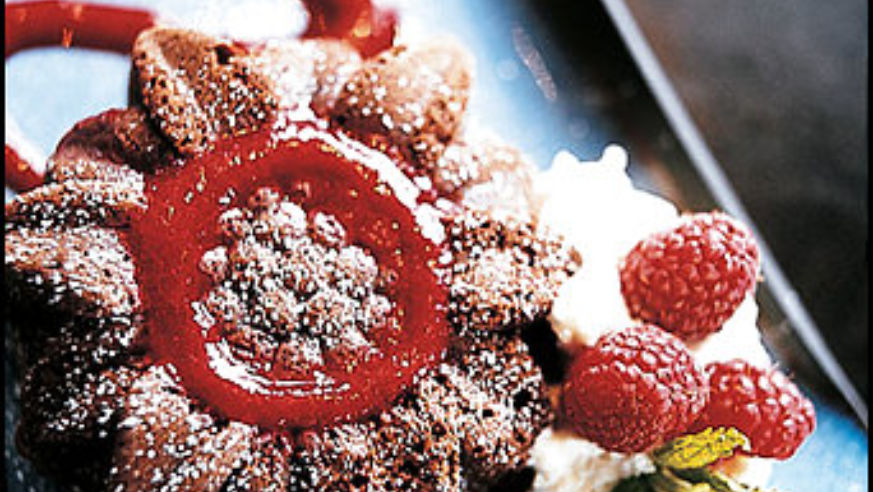 The poor man's Vegas is having a moment. Sleek new bars are mixing with existing kitsch to make Reno an ideal three-day weekend destination

After too many 80-hour weeks at a San Francisco technology firm, Meredith Tanzer was ready for a change. On regular skiing trips to Lake Tahoe, she'd started exploring the surrounding area, including the city of Reno, Nev., 40 miles away. Reno was just what she'd been looking for: It was smaller than San Francisco, but with some of the same appealing vibe. When she came upon the annual Great Reno Balloon Race, when hundreds of hot-air pilots play bizarre racing games in the sky, she knew she'd found her new home. In 2003, Tanzer and her partner, Dawn Lewis, opened La Bussola, a boutique selling craftsy objets and shabby chic furniture. "My family and friends practically disowned me," she recalls. "They said, 'You're moving where?!' "

It's hard to blame them: Reno had always been known as The Biggest Little City in the World, a place where divorcées bided their time waiting for the papers to clear. And the home of the National Bowling Stadium, of course.

But while Vegas was being reinvented every year, an explosion at a time, Reno stayed off most people's radar--and like an archaeological cache, it benefited by being ignored. Many of the city's great thrift stores, dive bars, and casinos remain intact. In one of the cocktail lounges at the Peppermill, a casino awash in blue neon, young couples on dates congregate around a bubbling firepit-- a fountain with flames shooting out of it. At Mr. O's, a quintessential dive bar that's open 24 hours, the jukebox is heavy on Rat Pack favorites. The Liberty Belle Saloon, which fights for the title of Reno's oldest restaurant, serves mean prime rib platters. Even better, it's an informal--and free--gallery of vintage slot machines: Owner Marshall Fey, whose grandfather invented the classic three-reel slot machine, has a collection of slots upstairs, including one that pays out in packs of gum.

Reno's population--now 200,000--has swelled by 30 percent in the past decade; according to census data, 10,220 residents moved to the area in 2003 alone. Whether folks are coming for affordable living or the fantastic old-time kitsch, they're coming--and bringing businesses with them. Tanzer used to get the cold shoulder when she'd put out calls to artists, trying to stock up her store. "They figured their stuff would be sold in a barn or from the back of a truck," she remembers. Now, she says, she's more likely to hear, "Oh my god, I love Reno!"

Around the same time that Tanzer opened La Bussola, Tara Fisher, another San Francisco transplant, opened a boutique called The Attic, where she sells designer denim, handmade jewelry, and clutches. And there's a thriving art scene--one that the city is eager to encourage. In 2003, an arts commission dedicated $20,000 to install Kinetic Banners--60 steel pinwheels that spin around streetlamps downtown. This month marks the 10th anniversary of Artown, an annual festival held each July. When the first one was planned, organizers never would have dreamed of getting Mikhail Baryshnikov and Branford Marsalis, who've both recently been on the bill.

Before Tim Healion opened the town's first coffeehouse, Deux Gros Nez, in 1985, the restaurants tended to be all-you-can-eat buffets. "Dining wasn't an experience," he says. "You went in, got your food, and left." That's just fine at a hangover clinic like Peg's Glorified Ham & Eggs, known for its massive skillet breakfasts. But the new arrivals wanted the gourmet foodstuffs they had grown accustomed to, and now they can find crème fraîche and mâche on supermarket shelves. Naturally, wine culture has made inroads. The third Saturday of every month, the Wine Walk leads people along a footpath on the Truckee River; participants stop at more than 20 boutiques, cafés, and galleries to refill their glasses.

There's no organized Beer Walk, but there should be, given the recent crop of hip bars. Two years ago, Jessica Kleiderman and Noel Judal were drawn to town from California--anyone sense a trend?-- for the nearby snowboarding. Bummed by the lack of chic nightlife, the two friends created a retro lounge, Satellite, for emerging indie bands. "There was nothing like it," says Kleiderman. "Now it's not so unique." The Green Room is a bar with a 1950s-style rec room in front and a performance space in back. On Tuesdays, arthouse movies are screened for free, and on other nights, jazz combos perform. They're getting more competition all the time: The Chocolate Bar, a modern cocktail and dessert lounge, opened in April. Embedded in the bar are sleek LCD screens showing Charlie Chaplin films and Betty Boop cartoons-- a witty, contemporary-yet-retro nod to a more familiar Reno staple: video poker screens.