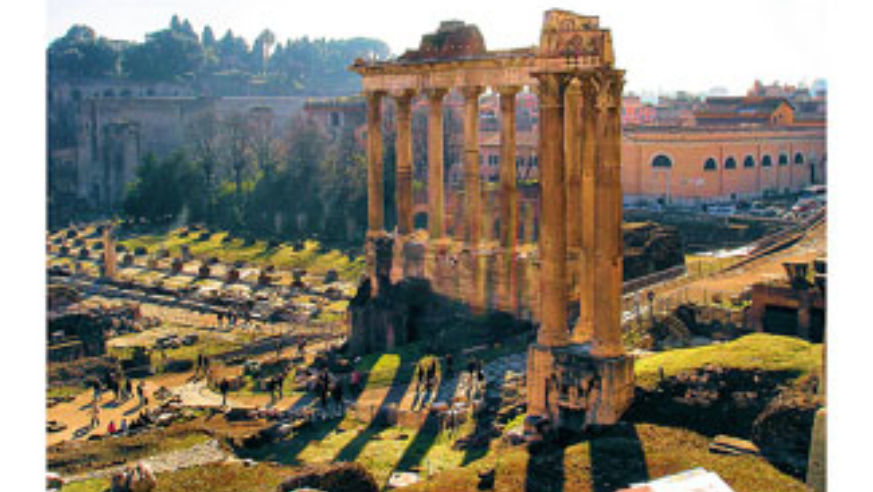 For about a decade now, anyone in Rome could wander among the city's most famous ancient ruins, known by the shorthand "The Forum," for free. But starting next Monday, March 10,* entrance tickets will be required.

The Forum will be included in the ticket covering the Colosseum and the Palatine Hill. It will cost 9 euro -- about $14, or more if there's some kind of special show going on.

BUDGET TRAVEL TIP To skip the frequently long lines for entry to the Colosseum, buy your tickets at the Palatine box office (200 yards away, on Via di S. Gregorio 30). Once you have your ticket, you can proceed past the line and straight to the entry turnstiles.

BUDGET TRAVEL TIP 2 If you're visiting in the peak season of July, you may want to prebook your tickets through Pierreci (011-39/06-3996-7700, pierreci.it) and pick them up directly at the Colosseum will-call window, but there's a $2 surcharge.

I'm personally sorry to hear about this because the policy will discourage locals from visiting the site. Especially during the off-season, you would see Roman families spontaneously visiting the amazing grounds, mingling with tourists.

also on March 10, four rooms at the Emperor Augustus's palace on the Palatine hill will reopen to the public. The frescoes in the rooms, including his studio and main hall, have been magnificently restored, according to the Chicago Tribune. The stop is included in the Forum/Colosseum/Palatine ticket.

*UPDATE 3/5, at 1pmET: I mistakenly typed March 8 instead of March 10 on first posting.