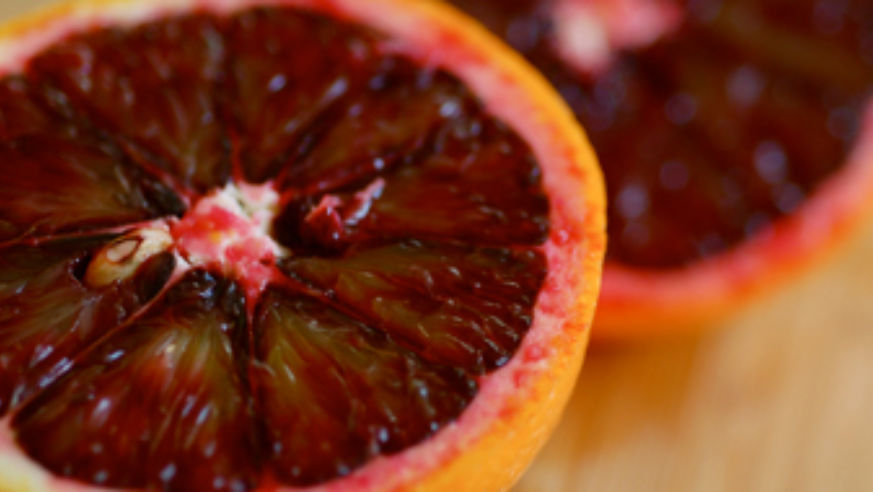 Nothing heralds the arrival of spring in Rome like the first whiff of a blood orange. Vendors cut open the succulent citrus fruits to show off the crimson flesh to shoppers at the Testaccio market near the Aventine hill (Piazza Testaccio, open Mon-Sat, 7am to 1pm) and the Biological Market in Trastevere (Via Cardinale Merry del Val, open the second Sunday of every month).

Don't delay as the availability of the blood oranges is fleeting. Italians adhere strictly to the tradition of seasons—eating food when it is ripe or not at all. The idea that these sweet oranges will only be around for a few short weeks somehow makes them taste better.

Blood oranges, like most seasonal fruits, come with a long history of folklore. In the 17th century, when blood oranges popped up in Sicily, they were thought to come from poisoned trees. Instead they are the product of a natural mutation. The red color comes from anthocyanins, which give cherries and apples their red color. But the Sicilians, then under Arab control, thought they were harmful and avoided eating them for nearly half a century.

The theory eventually evolved that the oranges brought healing powers. Elderly Sicilians devour the oranges to ward off the late-winter flu and pregnant women rub the juice on their bellies to ward off stretch marks.

Across Italy, ice-cream makers produce blood orange gelato during this season, and restaurants lace traditional salads and dishes like duck and pork with the fruit.