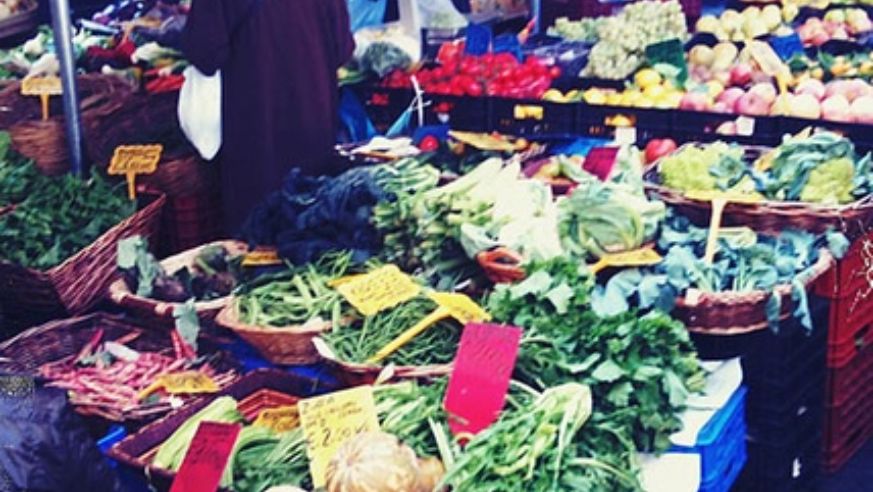 The chilly breeze that signals winter arrived earlier than expected this year, but Romans are more than happy to welcome the season's hearty vegetables. Pumpkins have been piling up at markets like Campo de' Fiori, and the aroma of roasted chestnuts now fills the air. Early winter also brings a rare type of chicory called puntarelle, found primarily in the central region of Lazio and the northern Italian region of Veneto.

Puntarelle are prepared by peeling off the green leaves to expose the juicy upper stem. The stems are then soaked in cold water for about a half hour, during which they naturally curl. They don't look like anything more than fancy lettuce, but puntarelle pack a lot of distinctive flavor when paired with the traditional mix of anchovies, garlic, salt, vinegar and oil. Puntarelle will be in season until around March, depending, naturally, on the weather.

Staff at La Campana restaurant say that this winter's menu will feature insalata di puntarelle for €7 ($9.72), plus porcini mushrooms and artichokes from surrounding areas of Rome for dishes such as tagliatelle ai funghi porcini for €12 ($16.67), roasted funghi porcini for €18 ($25), and carciofi alla giudia for €6 ($8.34).

Truffles or tartufi are a national delight. They are sniffed out by dogs under cool soil and classified as a type of fungi even though they look like hard stones. They hail most famously from the northern region of Piedmont. Truffles can be preserved, but taste best in wintertime, when you'll often find them in creamy sauces. White truffles are more expensive and harder to find than black truffles.

Salumeria Roscioli is a Roman gem of a restaurant that serves a memorable tagliatelle al tartufo bianco. The price is about €25 ($34.74), but it's definitely worth the splurge. Head past the upscale deli area to the seating in the back, where the trappings make for a nice romantic dinner. Since seating is limited, my advice is to book in advance.

Where to eat when you need a pasta break