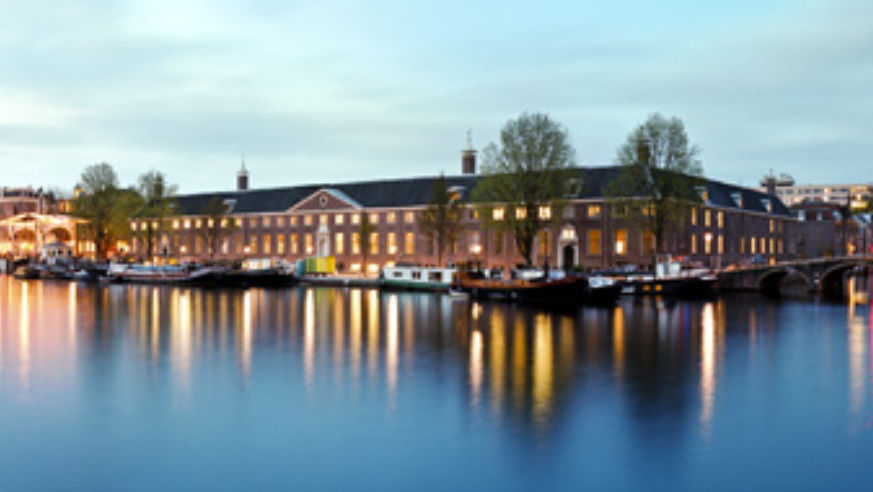 As you walk through the new Hermitage Amsterdam, you may feel a bit underdressed for the occasion.

Luckily nobody will be staring at you because the elaborate ceremonial court dresses and uniforms that engulf the room are all worn by mannequins. It's part of the opening exhibition "At the Russian Court: Palace and Protocol in the 19th-Century."

The current exhibit shows off extravagant artifacts from the lives of six tsars, from Paul I to Nicholas II. A few noteworthy items to check out: the famous Romanov throne, jewelry pieces by Fabergé, and the last tsarina's grand piano.

Open since June 20, the Hermitage Amsterdam has become the hottest attraction in the capital of the Netherlands. About 100,000 visitors have passed through it already.

[CORRECTION: Due to an editing error, the original version had the incorrect opening date. We regret the mistake.]

The museum has a deal with the Russian government to produce exhibitions together with the State Hermitage Museum in St. Petersburg, though it is not owned by Russia. It currently holds more than 1,800 objects on loan from Russia. It's housed in the Amstelhof building, which had previously been an elderly care facility for 324 years.

The museum gives visitors a glimpse of St. Petersburg and the surrounding countryside via paintings, watercolors, drawings, photographs, and films. One of the highlights is an astonishing 15-foot-long panorama of the city as seen from the Peter and Paul Fortress on the North bank of the River Neva.

During the current exhibition, you'll find mannequins dressed in magnificent uniforms and elegant dresses. Remarkably, even the colors of the dresses were governed by a strict protocol set by the tsar Nicholas I himself, a museum representative told Budget Travel.

Also check out the clever re-creation of a nineteenth-century ball, which includes revolving round display cases with music and projection images from the film "Russian Ark," shot in the Hermitage St. Petersburg.

The exhibit lasts until January 31, 2010. A tip: Weekdays are better for visiting to beat the crowds. Another tip: If you're more keen to see masterworks, it might be worth waiting to poke around the museum after March 6, 2010, when the "Origins of Modern Art. Braque, Matisse and Picasso" exhibit debuts.

Word to the wise: Admission is free if you have the I amsterdam Card, which also gets you free public transportation, admission to dozens of other museums and offers discounts on restaurants.

MORE ABOUT THE EXHIBIT ON THE WEB