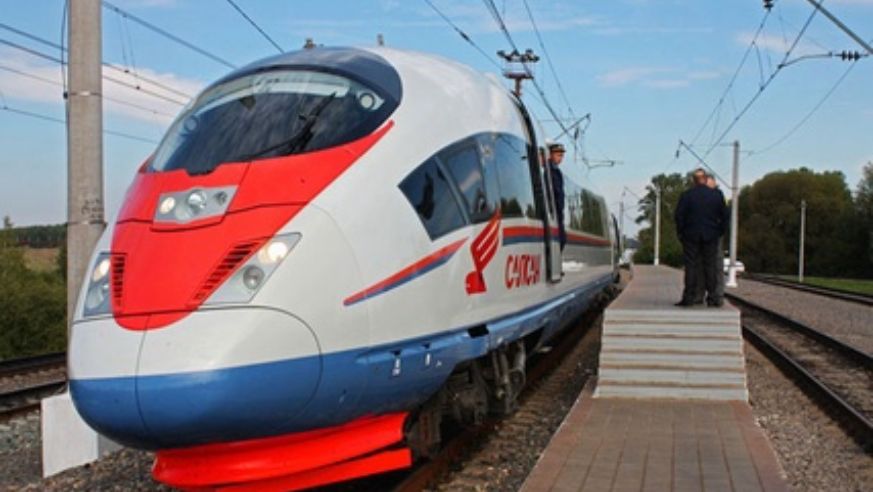 Moscow and St. Petersburg are about to join the ranks of major European and Asian cities linked by high-speed rail service. Russian Railways has purchased Siemens' cutting-edge trains—dubbed Sapsan, Russian for a peregrine falcon—at a cost of $52 million each. Instead of a traditional locomotive, the Sapsan has electric motors attached to wheels all along the train cars. It's also been modified to contend with notoriously frigid Russian winters.

In a high-profile test run in St. Petersburg last week, the Sapsan got as high as 150 mph; its average speed along the approximately 400 mile route will be 107 mph. The service, which debuts in December, cuts the trip to Moscow to 3 hours and 45 minutes, about 45 minutes faster than now.

Tentative plans call for service between Moscow and Nizhny Novgorod from March 2010 and between St. Petersburg and Helsinki, Finland, from September 2010. There are even rumors that the Sapsan will reach the Black Sea resort town of Sochi—host of the 2014 Olympics and one of Putin's pet projects.

But the Sapsan loses steam when you consider that the high-speed AVE train is more than an hour speedier as it zips between Madrid and Barcelona, a distance comparable with St. Petersburg to Moscow. Outdated tracks hold back the Sapsan (which may not come as a surprise in a country known for epic, erratic train journeys in sleeper cars). Business Week described Russia's investment in Siemens' trains as making "about as much sense as driving a Ferrari on a dirt road."

The U.S. suffers a similar problem: a lack of investment in train tracks that restricts even the Acela, our only available high-speed train option, which also maxes out at 150 mph. Siemens has its eye on the billions in stimulus money designated for high-speed train travel and hopes to sell the U.S. these same trains, according to New York Times.

Find out more about how high-speed trains measure up around the globe—and how their prices compare to air travel—in our report, The Fastest Trains on the Track.