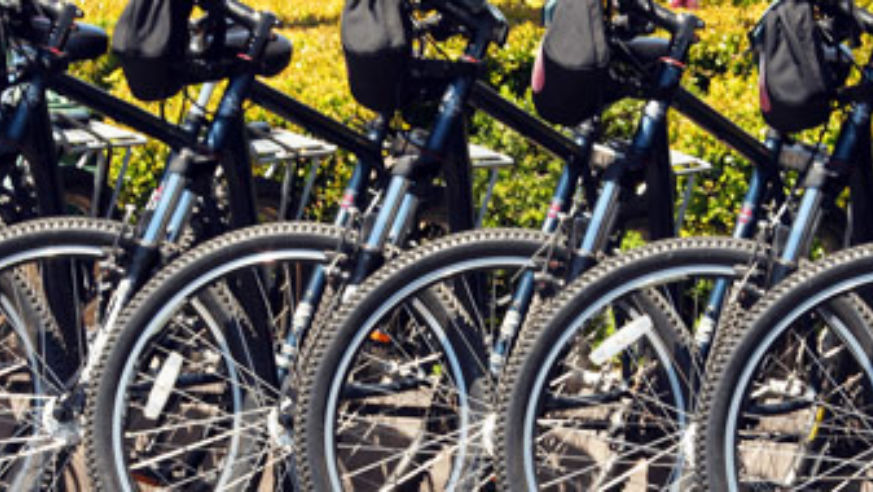 Surprisingly, San Francisco, even with its crazy-steep hills, is a bike-friendly town. In fact, one of the best ways to explore is on two wheels, thanks to the extensive network of connecting bike lanes—45 miles total, with another 34 miles in the works. The lanes go along blessedly flat areas, circumventing the steepest inclines in the city, making for fun and easy rides all over town.

So many people bike here that motorists are used to looking out for them, making it a safe way to get around. Bike-rental companies do offer pricey tours, but now that Google Maps just added a bike-route mapping feature, finding a route is easier than ever.

In the meantime, here are three of the city's best rides that are scenic and easy on your body:

Known by locals as the "wiggle," this route heads south down Market street and then west through the Lower Haight, the Divisadero, through Golden Gate Park (with plenty of biking diversions of its own), and on to Ocean Beach, where you can bike along the shore. Plus, you'll avoid the imposing Haight Street hill.

A bike lane runs the length of the Embarcadero along the bay's edge. You can start at the AT&T Park (which happens to have free valet bike parking for major events) or at the Ferry Building and ride down to Fisherman's Wharf. Feeling fit? Keep going around the water to Crissy Field park, a great waterfront picnic spot (grab a lunch to go at Greens) and all the way to the Golden Gate Bridge, which itself is a great ride.

If you'd like to tackle the Golden Gate Bridge by bike, try going at night, when pedestrians aren't allowed. After 9 p.m., bike riders can cross the bridge by pressing the buzzer on the security gates on the east side.

No cars are allowed on Angel Island, which just opened this month for the summer season. The five-mile loop around the perimeter of this island is a worthy ride, with jaw-dropping 360-degree views of the Bay, including the Golden Gate Bridge and Marin. All 740 acres compose a state park, so there are plenty of picnic spots along the way, as well as a Harbor Front cafe serving fresh oysters. Take your bike on the Blue and Gold Fleet ferry from Pier 41 to get there.

A few things to remember

If you get tired or have a flat, there are bike racks on the front of San Francisco Muni buses.

No bike racks? Chain it to a parking meter.

Helmets aren't required by law, but you should wear one anyway.

When riding in the bike lanes, keep to the left side of the lane. Watch out for people opening their car doors: This is a major source of accidents in the city.