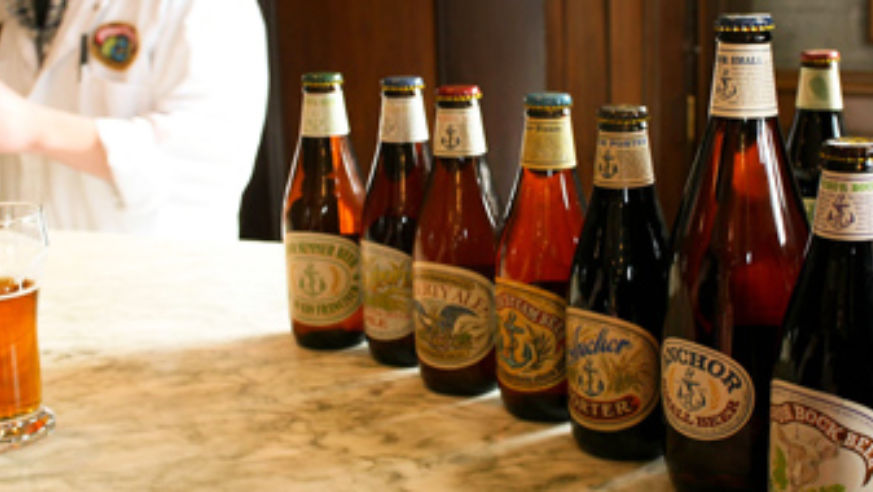 Just because San Francisco is a wine-obsessed town doesn't mean that we aren't equally in love with beer. The city has joined in the national thirst for craft beers, and several upscale beer bars have opened recently, with a rotating selection of hard-to-find brews.

So if you find yourself a little thirsty in San Francisco, here are a few of our favorite decidedly un-Frat House spots to savor microbrews.

City Beer Store and Tasting Bar serves more than 300 specialty beers ranging from obscure European bottles to Northern California brews on tap. Thursday nights are "flight nights," when the helpful, knowledgeable staff offer up a selection of beers for comparison. It's a small joint (read: crowded), so go in the afternoon or grab some beer to go: City Beer encourages a mixed-and-matched six-pack to get a wide sample. But if you'd rather soak up the beer-geek atmosphere, order a cheese plate or a takeout meal from Chez Spencer's to-go truck across the street before you start sipping. 1168 Folsom Street, 415/ 503-1033

Monk's Kettle is an upscale gastro pub serving bar food with a fine-dining twist. But of course, all food is elevated when paired with one of 150 craft beers—enjoy a giant pretzel with house-made cheddar ale sauce ($8.75) and an extra-special bitter ales or a beer-braised pulled pork sandwich with jicama slaw ($12.75) with a coffee porter. The dense menu explains the nuances between the various brews and defines the difference between things like ales and lagers, helping you navigate your choices. If the daunting selection is still too much, ask for the certified cicerone—akin to a wine sommelier—will help you make your choice. 3141 16th Street, 415/865-9523

Magnolia Brewery and Pub serves a rotating selection of beer on tap, including their own artisan ales bottled in the tiny seven-barrel brewery downstairs. Go on a Tuesday, when all beers are $3 all day and all night. You can also find Magnolia brews at other bars around the city. 1398 Haight Street, 415/864-7468

The dimly lit beer bar at La Trappe Cafe is an old-school institution that pre-dates the latest beer trend. Known mostly through word-of-mouth, the bar has a 50-page menu, 19 rotating taps, and "rare find" small batches from microbreweries. It's the perfect North Beach respite from the often-crowded area. 800 Greenwich Street, 415/ 440-8727

And don't forget about Anchorsteam...

A story about beer in San Francisco would not be complete without a mention of Anchor Steam beer, founded in 1896 and served in many bars around the city. There's even an Anchor Steam pub at San Francisco's International Airport. The company was recently sold to a new owner, but have made promises that the beer will stay the same. Sign up in advance for one of the popular 2-hour tours of the three-floor facility, where you'll learn about the history and process of making beer. And most importantly, enjoy a free tasting at the tour's end. The weekday tour is free, but reservations are required in advance; sign up now for tours in July. 1705 Mariposa Street, 415/863-8350