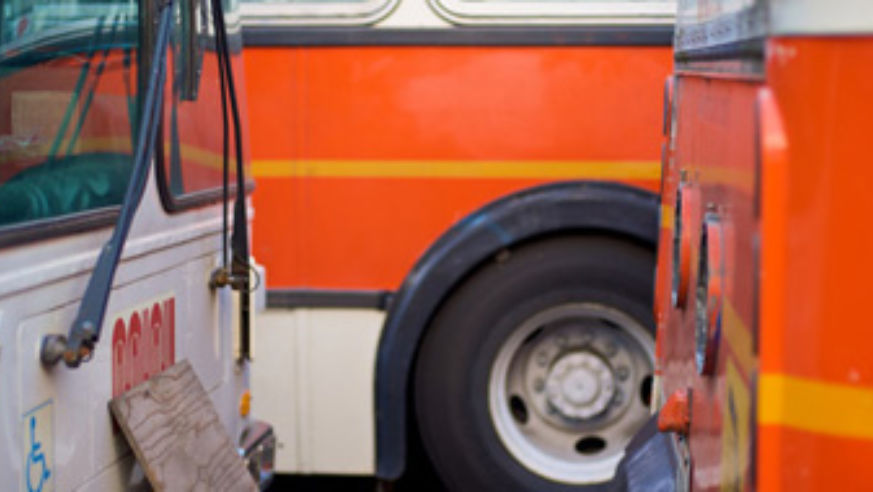 San Francisco is definitely a public-transit town—if locals aren't walking or biking, they are using the bus or train (anyone who has spent an hour searching for parking will wholeheartedly agree!). The city's easily accessible public transit is a positive for travelers, but understanding the options can be a bit tricky.

First, let's wade through the acronyms: BART is our equivalent to the subway or underground, but it's much more basic than New York or London's systems. MUNI, confusingly enough, refers to both the orange city buses and the electric trains that run above and below ground. Then, of course, there are the cable cars, a San Francisco icon.

Luckily, once you've figured a few things out, the public transit system is easy to navigate, particularly when armed with a map or a good app (see below). But as with any city, there are certain quirks that can be frustrating stumbling blocks for first-timers. So, here are my best tips to help you get around town like a local.

I think the City Pass is a great deal for visitors relying on public transit. The seven-day pass offers unlimited rides on MUNI and the Cable Car (but not BART), plus tickets to the California Academy of Sciences, Aquarium of the Bay, SF MOMA, one-hour trips on the Blue and Gold Fleet cruises (excluding trips to Alcatraz), and a one-day pass to the Exploratorium or the de Young, all for $64 ($39 for kids under 12).

Now, for the big question: When do you use BART, and when do you hop the MUNI or the cable cars?

Use BART to get to Downtown, Union Square, the Mission, Berkeley, Oakland, and definitely the airport. BART is hands down the fastest way to get around town, but it only runs along one track, so keep that in mind when planning trips. Use MUNI to get to the Haight, the SF Zoo, the Castro, Japantown, and Ocean Beach. MUNI has an extensive network, so there's almost always a bus that will get you where you want to go for only $2. But, orange buses tend to be crowded, particularly during commute times and after-school hours, and there can be unexpected delays. Use cable cars to get to Fisherman's Wharf and the top of Pacific Heights. Or just to be romantic and nostalgic!

Things to remember when riding BART

The train goes directly to the airport terminal (similar to the Heathrow Express in London). All trains leaving the airport head toward the city, so there's no confusion, even for the most jet-lagged travelers. Best of all, it's only 30 minutes and $8 from the airport to downtown.

Always hold onto your ticket—you need it to get both in and out of the station.

You can "add fare" to your ticket at your destination before you exit, but those machines won't take any bills over $1. But all other machines accept debit cards as well as change and bills under $20.

Trains stop running around midnight, so keep an eye on your watch, particularly if you are going to the East Bay or the airport. The last train from SFO is at 11:45 p.m.

Unless there is an unexpected emergency, BART runs like clockwork, so check the schedule for train times. This is especially on Sundays and late nights, when there can be 20-minute waits between trains.

Rides within the city are $1.75. Outside the city, prices range depending on the length of the trip. You can put any amount on your ticket and use it over time, but each traveler needs his or her own ticket.

Things to remember when riding MUNI

You can use both $1 bills and change on the buses and trains. Each ride costs $2.

If you're the only one at the bus stop, you have to "hail" the bus; it'll only stop when someone is signaling to get on or off. Trust me on this—I can't tell you how many buses I missed when I first moved here!

To open the door from the inside of both MUNI buses and trains, you have to step down the stairs, and then push down on the handle. Likewise, don't stand on the stairs if you aren't getting off; the bus or train can't leave if you're in the way!

The same transfer tickets work on both the buses and the trains. Don't let these go,—transit police conduct random searches.

It might be obvious, but when you are standing on a crowded bus, always move to the back. You will get fewer stink eyes from locals if you do this simple courtesy!

Buses don't always stick to schedule, but many bus stops have a "next bus" sign that relies on GPS. For other stops, you can call 511 for the info, or get really tech-happy and download the Nextbus app on your iPhone. (see below)

MUNI is the most-used form of transportation for locals, and thus it's the best way to get a "real" view of the city, both by staring out the window or by observing your busmates. There are some real characters. Check out locals' stories about their most outrageous MUNI experiences.

There are numerous apps to help you get around town, but the best are iBART Live ($4.99) and iCommute SF ($2.99). Both offer GPS information for the closest stops near you and can map out your trip step-by-step. With real-time arrival info for buses and trains, either app is worth the extra few dollars.

For more tips, check out our cable car Q&A with a Leonard Oats.