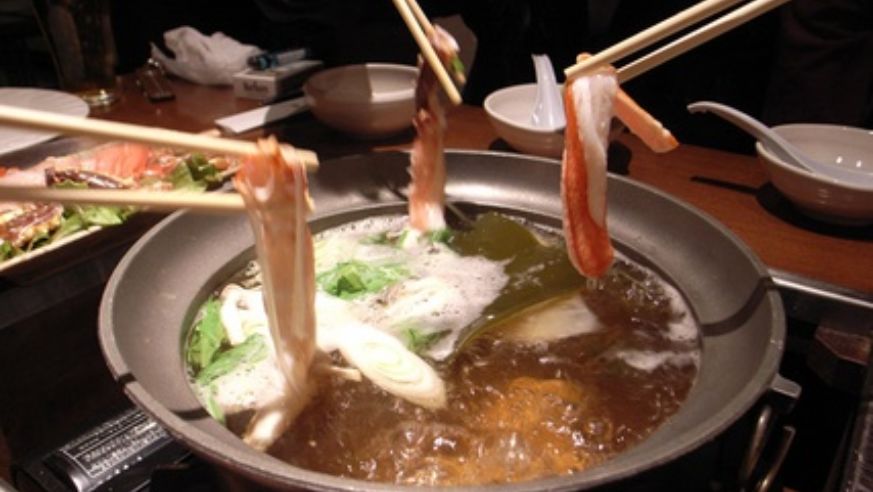 We regularly respond to comments and questions posted on our city pages. Reader sarahm asked about shabu shabu, so we looked into it.

Shabu shabu restaurants have been popping up in San Francisco. Shabu shabu is the Japanese version of Chinese hot pot, where diners cook thin slices of raw meat and vegetables in a communal pot of boiling water at the table. Think of it as fondue but without the oil.

The most traditional version of shabu shabu just uses beef, but restaurants in the area have started to include other meats like chicken, pork, and fish, and substituting boiling water with flavored broth like miso or ginger chicken. The rare, razor thin beef is a carnivore's dream, and the interactive tableside cooking makes it a hit for big groups and families. Especially on a cold foggy day, shabu shabu can hit the spot.

We did some research, and online reviewers' favorite San Francisco shabu shabu places include the Shabu House (5158 Geary Blvd, 415/ 933-8600), Mums Home of Shabu Shabu, (inside

Fair warning: Some Chinese restaurants advertising shabu shabu are actually making traditional Chinese hot pot, which is served with soy and hoisin sauce and dumplings, and tends to be spicier than Japanese shabu shabu. It's delicious in it's own way, but if you're looking for authentic shabu shabu, stick to the places above.

For the uninitiated, the shabu shabu process can be a little intimidating. Here's a how-to guide to eating it:

The meat and vegetables are served on a large platter—you'll see thinly sliced meat, vegetables like mushrooms and napa cabbage, individual bowls of white rice, and of course, the boiling pot (usually water, but sometimes something else).

1. Using your chopsticks, swish the slice of meat or piece of vegetable back and forth in the boiling soup several times. (The dish gets it name from the swishing sound: Shabu shabu translates into "swish, swish.") A few seconds is enough. Be careful not to overcook the meat.

2. Dip the meat or veg in one of the sauces, usually a ponzu sauce or a goma sesame seed sauce, and eat!

3. When foam appears in the water, skim it off with a spoon.

4. Once all the meat and vegetables have been eaten, pour the leftover broth on the remaining rice, and eat it last.