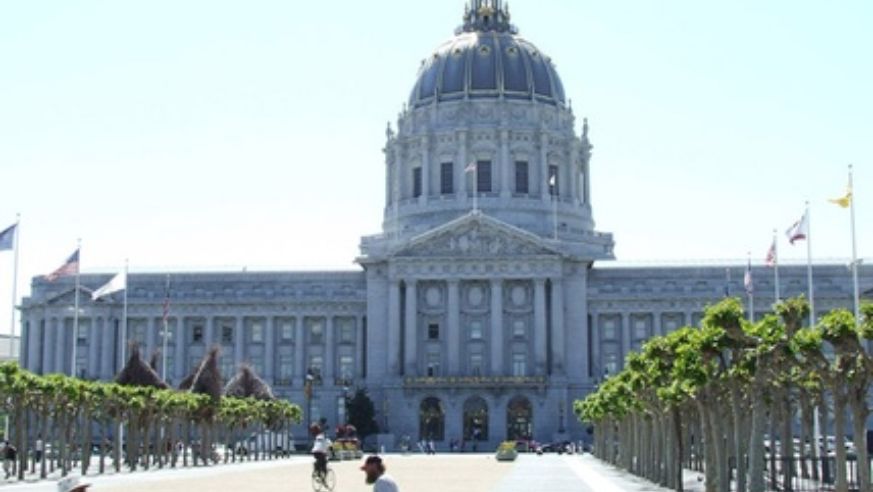 From the beaches of Rio de Janeiro to the Trocadero near Paris's Eiffel Tower, football fans around the world will be gathering this month to watch the World Cup Tournament. San Francisco, with our large populations of Europeans, Asians, and South Americans (not to mention the growing number of American soccer—I mean football—fans), has its own set of screenings and parties. Since we're on the West Coast, die-hard fans will be rising early to catch the 7:30 a.m. games. But that doesn't mean they'll be less beer—just more brunch options.

Here are five great places around town to watch the tournament.

A giant truck mounted with a 13-by-18-foot screen will be set up outside City Hall at the Civic Center to screen as many games as possible for a crowd estimated in the tens of thousands. An area is set aside for kids to play soccer, and though there are food vendors, there's no alcohol allowed, making this the most kid-friendly spot to catch the games. Civic Center Plaza, Larkin and Grove Streets, free, 7:30 a.m. games will be followed by the 11:30 a.m. games. Valet bike parking available.

The ball park, one of the best ball stadiums in the country (if I do say so myself), will take a break from baseball to screen this Saturday's match between the USA and England.The game will be broadcast live on the HD centerfield scoreboard and in TVs throughout the ballpark. Afterwards, check out the unrelated but equally fun Giants county fair just next door, with 20 carnival rides, midway games, music, and food. 24 Willie Mays Plaza, 415/ 972-2000, free. Gates open at 10:00 a.m.

Adjacent to AT&T Park, the new Public House, an upscale sports bar, will be opening at 6 a.m. to show the World Cup on 22 giant television screens. Almost all of the 24 beers on tap are from local brewers, and the brunch menu by award-winning chef Traci Jardin begins service at 8 a.m. Wear a jersey from a team playing in the World Cup, and you get a free serving of hand-cut fries, onion rings, or chips when you order a famous Marin Sun Farms beef burger. 24 Willie Mays Plaza, 415/644-0240.

The self-proclaimed "only bar in San Francisco dedicated exclusively to the 2010 World Cup", the Mercury Lounge in SOMA promises to play every single game, every day. The drink specials can't be beat: Beers are only a dollar for people who get there before 7 a.m. Dollar beers also go to anyone wearing a team jersey—or simply show your taxi receipt proving you rushed over to grab a seat for the game. In other words, dollar beers for just about any hard-core fan. No cover. Full bar menu. Mercury Lounge, 1582 Folsom Street, 415/551-1582.

Upper Haight's favorite sports bar, The Kezar Pub, has a giant TV screen in the back of the bar—plus 20 plasma TVs—making it nearly impossible to miss a score, no matter where you're sitting. Voted as the city's best sport bar in 2009 by the SF Weekly, this pub draws a big European and Irish crowd and features a great menu of greasy pub food, including killer chicken wings and lots of cheap beer. Special hours for the tournament means the bar opens at bright-and-early 4:30 a.m. on Saturday and Sunday. 770 Stanyan St., 415-386-9292.