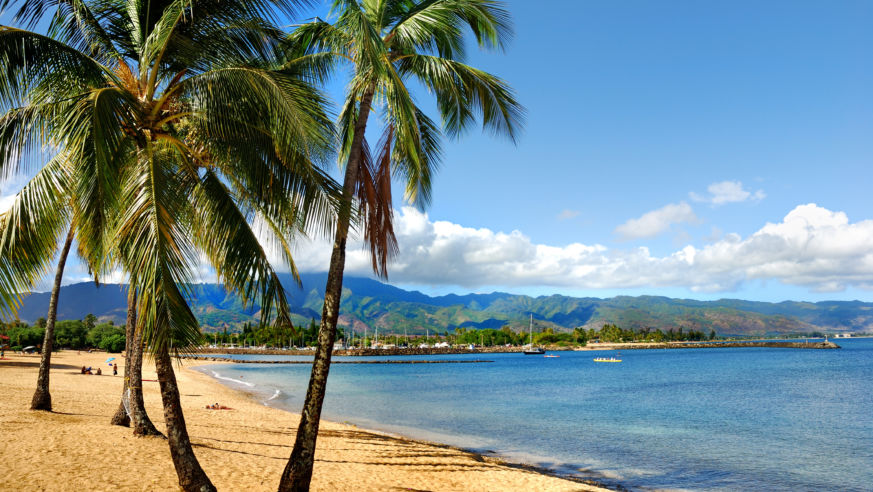 Oahu offers some of Hawaii's most iconic scenery and world-class beaches.

If you're planning a winter vacation, you've probably noticed that some of the most beautiful, luxurious spots are also the most crowded and expensive. It's just the laws of supply and demand. But what if I told you there was a "sweet spot" that travel experts call Shoulder Season between the pricy high season and the less-desirable (often rainy and cold) low season? Over the next few months there are a few great opportunities to beat the crowds, enjoy nice weather, and even save some money.

Some warm-weather destinations become super-popular over the holidays and into January and February. But escaping to the desert or a beach in between the Thanksgiving and Christmas travel rushes can yield nice bargains:

Arizona. The desert sun, spas, and golf courses are warm and inviting in mid-December, but the crowds stay away. Book a room at the lovely Wingate by Wyndham, Scottsdale, for around $111 on Kayak, half of what it will cost in January.

The Bahamas. Just one example of a mid-December Caribbean bargain, the Sheraton Nassau Beach Resort and Casino runs about $139, compared with $175 in January.

Some Southern U.S. destinations see a serious drop in travel traffic right after the holidays. Early January is the time to see:

New Orleans. Before the Mardi Gras hoopla (plus crowds and rising hotel rates), you can enjoy warm weather and NOLA hospitality for a song. Westin New Orleans Canal Place is a stylish steal at $169 in mid-January, but soars to $229 in February as Mardi Gras approaches (March 4).

Orlando. Sure, central Florida can be a tad chilly in early January, but tie a sweater around your waist before setting off to Universal Studios, Walt Disney World, or SeaWorld Orlando and reap the benefits of the post-Christmas, pre-winter-vacation lull: The Best Western Plus Orlando Gateway is $70/night compared with $105 during Christmas week.

Okay, February is actually one month out of the year when there's technically no true "Shoulder Season"—warm weather destinations are packed and everywhere else is a bit cold and rainy. BUT we have two exciting suggestions nonetheless:

Venice. Yes, it may be rainy, and you may even experience the "high water" that can turn sidewalks into mini-lakes. But as the water rises, rates tumble. Pack some rainboots and prepare to score bargains and have this truly magical one-of-a-kind city all to yourself. The Bonvecchiati Hotel runs only $158/night in February, compared with $359 in May!

Hawaii. Good news: Hawaii's weather is always good! February is a little on the rainy side, but that just means misty mornings and rainbow-producing showers at unexpected moments during the day. We love Honolulu's Hotel Renew, on Waikiki Beach, which is yours for $152 in early February, compared with $205 during popular July.

Dublin, Ireland. Really, any European capital is going to be a crowd-free bargain in March—just bear in mind that a seat at a café will be a little chilly! We love Dublin right now because of the year-round good deals, like the historic Gresham Hotel Dublin (a gorgeous classic that makes an appearance in James Joyce's "Dubliners"), which is $122/night, a 10 percent savings over July.

Ko Phi Phi, Thailand. March is also a good time to consider a far-flung destination, like this perfect Southeast Asia beach, which has made a striking comeback from the tsunami of 2004 and has added so many hotel rooms lately that prices have fallen, especially compared with its more-famous neighbor, Phuket. Mama Beach Residence starts at $98/night.

TALK TO US! We want to know: Do you have any favorite Shoulder Season steals to share?