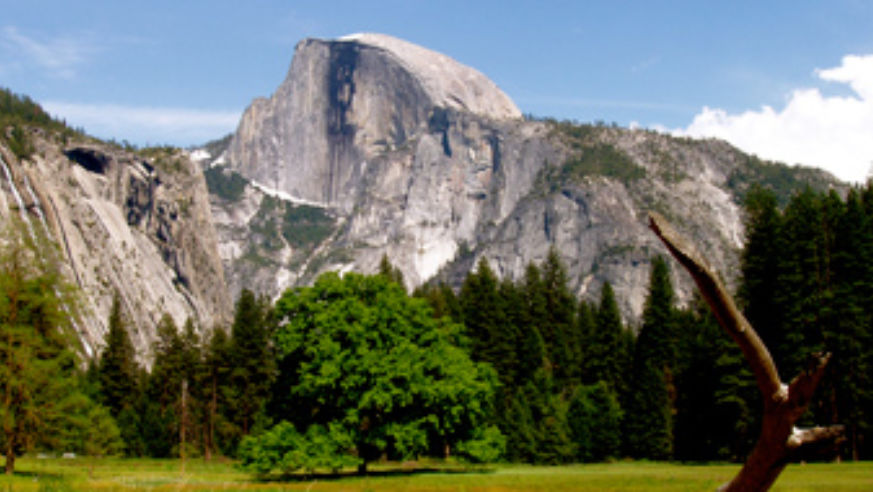 Online sellers are asking as much as $150 for campsite reservations that normally cost $20.

The Sacramento Bee reports that various Craigslist sites list dozens and dozens of campsite reservations for sale at the national park where getting a camping spot is famously difficult, Yosemite. The Bee explains:

The 900 Yosemite campsites available for advance reservation cost $20 a night when booked through the park's contractor, ReserveAmerica. But park officials and some consumers report being quoted prices of $100 to $150 a night from Craigslist vendors, who sometimes offer to change the name on the reservation.

What's more, campsites aren't the only thing for (re)sale at Yosemite. Permits for climbing Half Dome, which are issued by the park for free (plus a $1.50 handling charge), are also being sold for profits online.

How, and why, is this possible? The answers basically come down to supply and demand: There's not enough of the former to meet the latter in terms of campsites and climbing permits at Yosemite, especially not on the most popular summer weekends. The reservation system, in which select few campers (or profiteers) can scoop up reservations up to six months in advance over the phone (877/444-6777) or at recreation.gov, also seems to be part of the problem. Too often, hopeful campers fail to get reservations on their chosen dates, leaving them with few options other than altering their travel plans or paying a premium to online scalpers. Apparently, some scalpers have figured out ways to game the system and snag campsite reservations and cancellations before the average park-goer has a chance.

There are options other than dealing with scalpers, mind you. As we discussed in last summer's Trip Coach on the national parks, most parks, including Yosemite, have first-come, first served campsites, though lines for these spots can form at 6 a.m., three hours before the sales begin.

The parks department prohibits the reselling of any park reservation, and parks officials say that they are trying to stop sellers from flipping reservations for profits. But the Bee story doesn't sound particularly hopeful that campsite scalping at Yosemite is going to stop anytime soon. For now, the consensus advice is this:

Yosemite officials urge visitors to steer clear of resale schemers, and to check back often with ReserveAmerica for campsite cancellations—which can, and do, occur throughout the summer.

Park insiders also recommend to reserve online, not by phone.