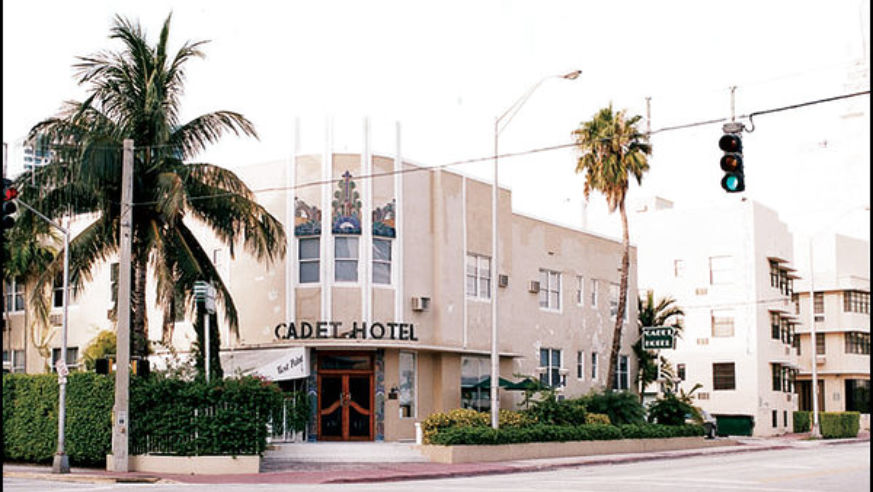 The sizzling hotels of South Beach are fun to visit, but do you really want to sleep there? You'll be far happier at a place with real warmth

South Beach has seen it all. The 1.7-square-mile strip in Miami Beach has more than 125 hotels, most of which are art deco gems from the 1920s and '30s. In the 1940s, when it was a virtual military base, many hotels were converted into barracks and training facilities.

By the 1980s, there was enough questionable activity to form the backdrop for Miami Vice. Today, things have come full circle, and then some--the neighborhood is a full-fledged hotspot. South Beach still has the country's largest collection of art deco buildings, and the owners of these five hotels intend to keep it that way.

Thirteen years ago, Lisa and Pascal Nicolle bought the Villa apartment complex at Collins Avenue and 14th Street. The couple, who had previously made a living flipping residential properties in Miami, gave the place a dressy new name, Villa Paradiso, and started off doing weekly and monthly rentals. "We bought some $2 lamps at a thrift store and sort of scribbled a room for rent sign outside," Lisa recalls with a laugh. "We couldn't believe it when people called!" As South Beach became more of a vacation destination, the couple gradually transformed the Villa into a proper hotel. They outfitted the 17 bright and spacious apartments with chaises, whimsical leopard-print pillows, and bright white scrims that hang between the bedroom and kitchen areas. "We want it to be your own little home away from home," says Lisa. The Nicolles have one full-time resident. A stray black cat checked into the lush courtyard a while back and hasn't budged. 1415 Collins Ave., 305/532-0616, villaparadisohotel.com, from $99 low season, $139 high.

In 2001, the Nicolles purchased a second apartment complex five blocks south of the Villa and converted it into the Villa's younger, hipper sibling, The Loft Hotel. In the middle of the Collins Avenue action, the 22 apartments sit in a two-story line perpendicular to the street (the farthest--and quietest--rooms are the highest-numbered ones). Even the rooms near Collins seem serene on the inside, however, with tile or blond wood floors and wrought-iron headboards. All have full kitchens and cute breakfast nooks with a round café table. Throughout, Lisa placed bouquets of dried milky-white flowers that she and Pascal had brought back from France. "Sometimes people call up and want to know which hotel is better," Lisa says. "How do you choose? It's like having two kids! I say the Villa is a little more Key West, while at the Loft I feel like I need to put on lipstick." 952 Collins Ave., 305/534-2244, thelofthotel.com, from $109 low season, $149 high.

In South Beach, paying for style usually means staying in an Ian Schrager-inspired den of predictable minimalism--white duvet, track lighting, cement floor, bare walls. Not so at the Hotel Impala, a worthy splurge more in the style of a Mediterranean villa. The gated entrance, on Collins at 12th Street, immediately sets a warm tone; a curving Italian saturnia-stone path leads through a tropical garden into the cozy lobby. "It's like a private retreat from the craziness of South Beach," says general manager Ros Gottuso, who is the face of the place (the proprietor is a silent owner). The sun mosaic inlaid in the lobby floor was a gift from Gianni Versace, who was friends with the five men who opened the Impala 11 years ago. "We pride ourselves in being helpful without being overly intrusive," says Gottuso. The 17 rooms have new armoires, sleigh beds, and wrought-iron fixtures. And the terra-cotta roof, interior archways, and local coral rock in the bathrooms are all original details. A free continental breakfast of fresh orange juice, toast, and croissants is served in the adjoining Spiga restaurant. 1228 Collins Ave., 800/646-7252, hotelimpalamiamibeach.com, from $145 low season, $195 high.

Swiss-born Beatrice and Matt Morell decided to try their hand at the hotel business in 2001, after a stint in California where he operated a car-repair shop and she waited tables. They drove every inch of the Florida coast before coming across a place in South Beach that seemed like kismet: a 1937 apartment complex, designed by architect Henry Hohauser, resembling a Swiss chalet. In the process of transforming it to the Atlantica Hotel and Suites, the couple gutted the interior, updated the plumbing and electricity, and added IKEA-like spare furniture and bright blue bedspreads. The 26-room Atlantica is decidedly more spic-and-span than sleek, but where else in South Beach--especially in SoFi, the hip South of Fifth Street section--can you get a reliably nice room in high season for under $100 a night? "We are not a party hotel," reminds Beatrice. "We are quiet and simple, and we get many repeat guests because of that." A simple breakfast of croissants, bagels, hard-boiled eggs, and yogurt is free, and the Morells will also gladly lend out their supply of beach chairs and umbrellas. 321 Collins Ave., hotelatlantica.com, 305/532-7077, from $69 low season, $89 high.

Vilma Biaggi, a Miami-based doctor, bought the 1941 art deco Cadet Hotel 20 years ago. Over time, the hotel has become her pet project; Biaggi just finished an extensive two-year renovation. Mint-green hallways are now lit by lamps with parchment shades, and the 40 rooms all have orchids and framed black-and-white photos by local artists. After studying historical photos of the hotel, Biaggi preserved the building's nautical-themed facade, a porthole-style window near the lobby bar, and an inlaid compass design in the lobby floor. A poster of Clark Gable reminds visitors that in the 1940s, the screen star--then a cadet commander--occasionally stayed in room 225. (The building used to be a way station for West Point cadets.) For breakfast, guests have their choice of waffles, omelets, or yogurt and muesli, which they can eat on the wide porch. The Cadet is only two blocks from the busy Lincoln Road mall, but sitting behind a thick curtain of foliage, you'd hardly know it. 1701 James Ave., 305/672-6688, cadethotel.com, from $89 low season, $125 high.