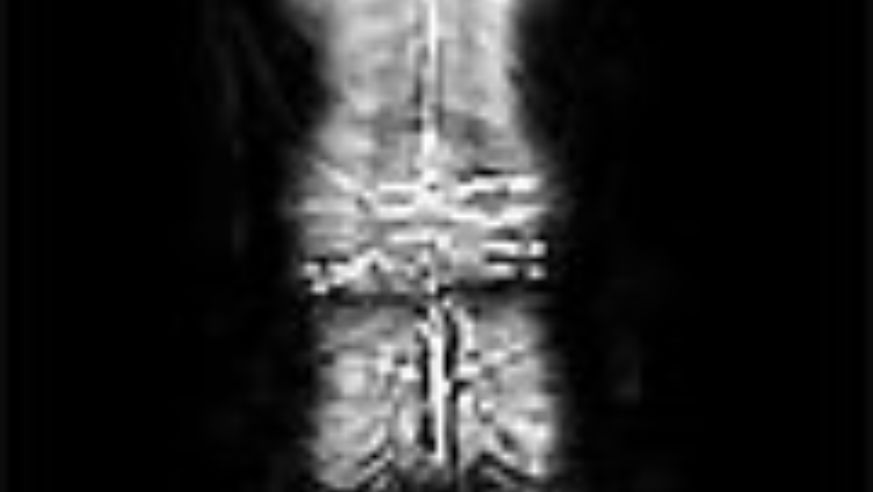 New body scanners installed yesterday at airports in New York City and Los Angeles allow security screeners to peek under passengers' clothing to detect hidden weapons. The process takes about one minute. The devices do not replace metal detectors, which passengers still have to pass through.

The machine has already been in testing at Phoenix Sky Harbor Airport, where it has become popular. "More than 90 percent of passengers have elected to undergo screening with this technology instead of being subjected to a pat-down," say the TSA blog.

The image looks like a "fuzzy negative," says the TSA's blog and it does not reveal much of a person's anatomy. (See photo, right.) The images are viewed by officers in rooms at least 50 feet away, says the TSA, so there is no way for any officer to recognize a passenger. The images are also not recorded. So far in tests in Phoenix, only randomly selected passengers are being asked to use the machines instead of be subjected to pat-downs by security officers.

The "millimeter wave" machines use "low-energy electromagnetic waves to produce a computerized image of a traveler's entire body," says the Los Angeles Times. They're similar to devices installed in public courthouses around the country.