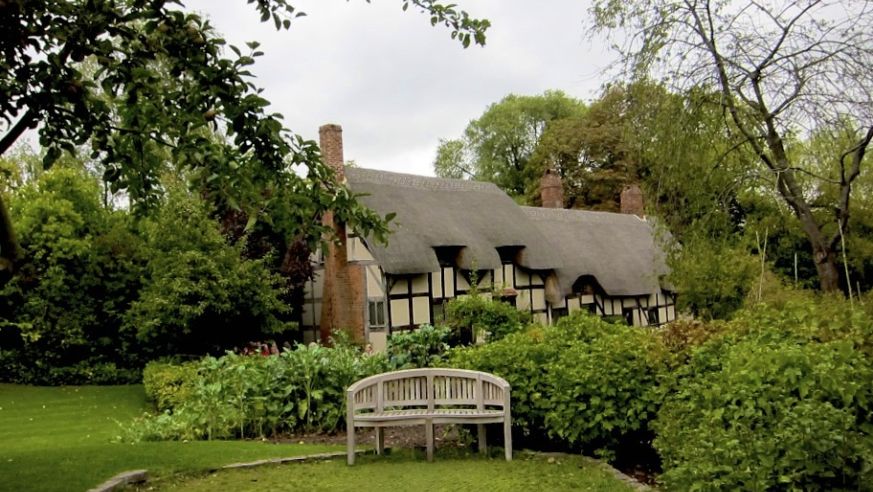 The birthplace of WIlliam Shakespeare is just one of many popular-culture destinations in the U.K.

It's fair to say the United Kingdom has produced some pretty famous exports. From Harry Potter to Henry VIII, these unassuming isles have certainly packed a punch over the course of world history. Do your interests lie in literature and folklore, music, or mythical creatures? Whatever you dream of when you think "U.K.," here are eight of our favorite vacation (we call it "holiday") spots, and the eminent exports that planted them firmly on the map.

Nessie's home in Loch Ness. A large, unidentified monster lurking in Loch Ness, you say? We may never know, but resident "Nessie hunters" may tell you otherwise! Possibly the U.K.'s most famed mythical creature, Nessie has attained an incredible popular culture presence since her first reported sighting back in 1933. Get your camera at the ready.

The Brontë sisters' Yorkshire. If you're barmy about the Brontës, then Yorkshire—lovingly known as Brontë country—is unbeatable. It's this land of windswept heather and moor-ish wilderness which inspired Charlotte, Emily, and Anne to create their famed novels Jane Eyre, Wuthering Heights and Agnes Grey. Its bleak plains are every bit as bewitching.

The Beatles' Liverpool. The most celebrated band to ever come out of the U.K., it's no secret the Beatles began in the city of Liverpool. From "The Beatles Story" in Albert Dock and famed Penny Lane, to the childhood home of John Lennon and the Cavern Club in which they played, Liverpool's incredibly proud of its four famous sons.

Robert Burns's Scottish Borders. As Scotland's national bard, it's safe to say Robert Burns is one of our most prominent poets. See where he was born at Alloway's Robert Burns Birthplace Museum (keep an eye out for the cast of his skull!) before following in his footsteps to Dumfries, where you'll have a dram at his favoured watering hole, the Globe Inn.

Jane Austen's Derbyshire. Jane Austen's Pride and Prejudice has enchanted and enthralled readers for years. Who could forget falling for the delectable Mr. Darcy for the first time? Derbyshire's thought to have inspired the tale itself, and it's Chatsworth House near Bake well which provides the model for Darcy's incredible country estate, Pemberley.

Beatrix Potter's Lake District.The Tale of Peter Rabbit has long lit up the eyes of children; it's one of the best-selling books of all time. Written and illustrated by Beatrix Potter, it's just one of many filled with colorful characters and Lake District locations. Did you know that Squirrel Nutkin sailed on Derwentwater, or that Johnny Townmouse lived in Hawkshead?

Robin Hood's Nottingham. Heroic rogue and all-round great guy, Robin Hood—with his Merry Men—has captured imaginations for centuries. Nottingham's Sherwood Forest lies at the heart of the legend, and it's not difficult to see why: its ancient oak trees would have provided the perfect camouflage for robbing the rich to give to the poor!