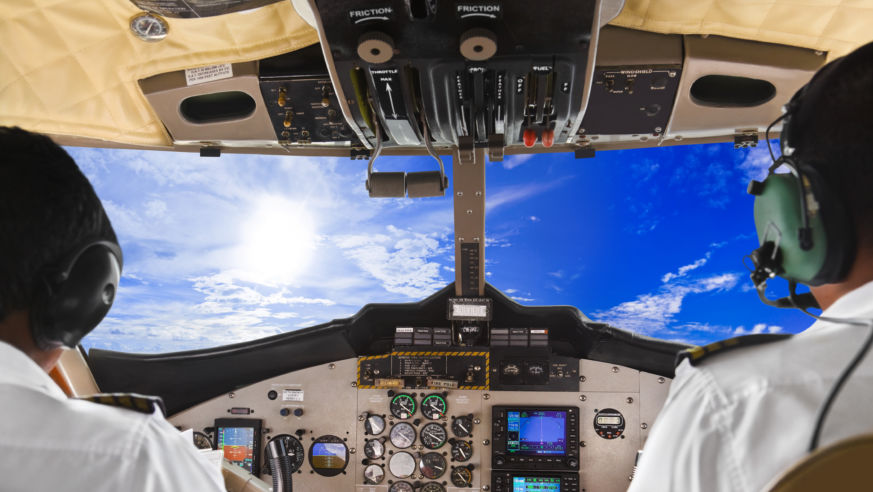 When it comes to making bad decisions in the air and around the world, celebrities are only human. But the difference between them and us is that, thanks to social media and the 24/7 news cycle, their travel blunders go BIG. Here, we share some expert advice on how not to be like them!

"Do you even know who I AM??" Is there a sillier sentence in the English language? But when celebrities aren't zooming around on their private jets, they have to travel like the rest of us. And when things go wrong, the same rules apply to everyone... Stars just shout a little louder in protest. Here are eight downright bizarre celebrity travel incidents—and our advice for how to handle sticky travel situations better than they did. Hint: Don't take to Twitter when you're the one who's wrong.

Will.i.am Rants About United Airlines Giving Away His Seat

Boom-boom-ouch. The Black-Eyed Peas rapper lashed out at United Airlines on Twitter recently when the airline gave away his first-class seat: "@united I'm sitting in the airport ready to fly to china for a business meeting & i want to thank you so much for giving my seat away..." He went on to name-check airlines that he says "wait for premium passengers to arrive," giving props to British Airways, Korean Air, Singapore Air, and Qantas. United didn't respond, but Will's case isn't exactly sympathetic: He himself admitted he arrived the airport at 12:30 p.m. for a 1:15 p.m. international flight.

What Will.i.am should have done:

Pulling up at an airport only 45 minutes before the plane is scheduled to take off is courting disaster. United's website specifies that you need to be completely finished with check-in and baggage 45 minutes before the flight. And always check in online beforehand. When flights are oversold, airlines start giving away the seats of people who haven't checked in yet, says travel expert John DiScala, better known as Johnny Jet. If you do find that your seat was given away due to over-sale, not weather issues, don't take to Twitter to vent. Politely speak to an agent, and look on the bright side: "If they involuntarily bump you, you can get compensation," DiScala says. "The rules are if they take four hours or later to get you to your destination, they owe you $1,300 in cash."

Yeezus's travel behavior is legendary. He was arrested twice for altercations with the paparazzi at airports and once grabbed the PA mic on a Delta flight to do an impromptu rap of "Good Life" and "Gold Digger." West, who once tried to launch his own travel-booking website, Kanye Travel Ventures, was recently seen on film saying he tries to "avoid airports at all costs" due to people pestering him and often pretends to be speaking harshly to an imaginary person on his phone when fans approach.

What Kanye West should have done:

We feel Kanye on this one: It's painful to endure others' attempts at chitchat when you want to be left alone. If pretending to be absorbed in a fake task to avoid talking to your seatmate rings a little too rude to you, etiquette expert Jacqueline Whitmore, founding director of the Protocol School of Palm Beach, suggests always traveling with headphones or simply closing your eyes to get the point across. "If the person still insists on talking to you, simply say something like, 'I hope you don't mind, but I've had a long day (or I'm going to have a long day), so I'm going to X,'" she says. "Fill in the blank with 'get some rest,' 'catch up on my reading,' or 'get some work done.' Be firm but polite."

Alec Baldwin Refuses to Put Away His Phone on a Flight

The only winner in this famous kerfuffle was Words With Friends for the free publicity. After being thrown off an American Airlines flight for refusing to put his phone away while playing the game, Baldwin took to Twitter to complain, later writing an entire blog post for the Huffington Post explaining his side of the story. His real beef wasn't with rules about electronics during takeoff; it was with the flight attendants, some of whom he said don't adhere to the "old idea of service" and instead "walk the aisles of an airplane with a whistle around their neck and a clipboard in their hands and they have made flying a Greyhound bus experience." One of those killjoys, he says, unfairly singled him out.

What Alec Baldwin should have done:

Flight attendants have one of the most underappreciated jobs in the travel industry. "Rarely are people nice to the flight attendants," DiScala says. "All they really care about is if you smile and you're kind to them." Baldwin could have gotten on their good side by toting along chocolate for them and for the gate attendants—and not necessarily the expensive stuff. "I'll go to Target and get a couple bags of Hershey Kisses, and they love it." And if the flight attendant tells you to put your phone away, just do it. The game will keep until you land.

Naomi Campbell Flies Into a Rage About Her Lost Baggage

Woe to the person who gets on Naomi Campbell's bad side. When she heard British Airways had lost one of her bags, Campbell went postal, even telling the captain to get off the plane and go look for it himself. Later, she kicked, spit, and swore at two police officers onboard—and accused a member of the staff of using a racist slur. She was arrested and later sentenced to do community service and pay a hefty fine. British Airways banned her for life.

What Naomi Campbell should have done:

Losing your baggage is the worst, but throwing a fit won't find it any faster. Before you even leave the house, take a picture of your suitcase with your phone. When you're sure your bag didn't make it (the Fly Delta app tracks your baggage, as does USAirways.com), make a beeline for the airline's office near the baggage claim. Be the first person in line, DiScala says, and show them the photo of your luggage. When the airline finds your bag, they'll deliver it to you. And never put anything expensive in a checked bag. In the future, Campbell might consider stashing her signature Christian Louboutin heels in her carry-on.

Ivana Trump Shouts at Children on a Flight

We can't even print what the ex-Mrs. Trump called a group of rowdy rugrats running down the aisle of an airplane she was on in Palm Beach, Florida. She yelled at the kids, then yelled at the flight attendant who was telling her not to yell at the kids, using some choice profane terms in the process. The plane had to return to the terminal, where she was removed from the flight.

What Ivana Trump should have done:

Disruptive kids are tricky to deal with. Whether you involve the flight attendant or not is up to you, but chances are the attendant would rather you try to solve the situation yourself first, DiScala says. Ask the parent politely if they would mind, say, giving their child headphones to listen to their iPad movie or game so you don't have to hear every ping. Or try talking to the child directly, saying, "Hey, listen, I'll give you five bucks if you stop kicking my seat. I'll give you a few dollars up front and then the rest at the end." If you can't solve the problem civilly and you sense the situation could escalate to a ruckus, press the call button and ask the flight attendant to step in.

Kevin Smith Is Told He's Too Fat to Fly

Poor Kevin Smith was following all the rules. A big guy, Smith bought two seats in advance to fit his frame on a Southwest Airlines flight. When only one was available on a standby flight he boarded, he was ejected from plane—after he had already been seated—for posing a "safety risk." Southwest apologized, put him on another plane, and gave him a $100 voucher, but the damage on social media was done. He tweeted, "You [messed] with the wrong sedentary processed-foods eater!" along with other strongly worded sentiments. The incident went viral.

What Kevin Smith should have done:

Smith didn't really do anything wrong here, assuming he went through the proper channels first. Taking to social media is reasonable if neither the agent, nor the supervisor, nor customer service is helping you. (In this case, Smith suspected someone who didn't like his films booted him on purpose.) If you're removed from a plane for any reason, talk to the gate agent. If the impetus for your removal isn't weather related, you'll likely be compensated somehow, DiScala says.

Wherever Minka Kelly goeth, her dog, Chewy, goes. She thought she had made arrangements for the cockapoo to ride with her in first class on a New York-to-L.A. Delta flight, but—oops—due to space issues, a flight attendant told her the dog had to go back to coach for takeoff and landing. Kelly was so rattled she got her manager on the phone to try to rectify the situation (onlookers say tears flowed). In the end, Kelly consented to riding with the dog in economy during takeoff and landing; the pair hung out in first class the rest of the time.

What Minka Kelly should have done:

Calling ahead to make doubly sure there was room for the dog would have avoided any on-flight misunderstanding. Airlines are only supposed to take one or two dogs per flight, DiScala says. Small dogs can go underneath seats in an approved carrier if there's room, but in Kelly's case, there wasn't. Adequately prepare to bring your pooch onboard by taking him to the vet and getting paperwork that says he's okay to fly, paying the fee to bring him onboard (usually $125 to $200), and calling the airline to ensure you can be with him the whole way. Rules can vary airline to airline, so read the fine print for the one you're riding.

Naughty, naughty! Lewd behavior on airplanes is one thing, but only a few celebs manage to get drunk, expose themselves, and fight with the flight attendants trying to stop their shenanigans. The band Filter's frontman, Richard Patrick, says he did all three and wrote a song, "Take a Picture," about it. Choice lyric: "Hey, dad, what do you think about your son now?" Patrick has since gotten sober for good.

What Richard Patrick should have done:

Obviously, don't get drunk and take your pants off on a plane—but that's not a problem for the majority of us. What can catch you off guard is how much alcohol you unintentionally consume when you're flying. Dry cabin air could cause you to guzzle additional booze when you should be drinking water, plus your nerves are frayed. "Flying is a practical prescription for stress, and many people de-stress with alcohol," says nutritionist JJ Virgin, author of The Virgin Diet. "You're bored, you have a three-hour layover, so you hit the bar before your flight. Then you decide another glass will make your flight go by more quickly, so you order another cocktail when the flight attendant comes by." To avoid bad boozy behavior, follow Virgin's prescription: "Keep it to a glass of wine, avoid sugary concoctions, and drink three glasses of water for every drink in air or before you board."