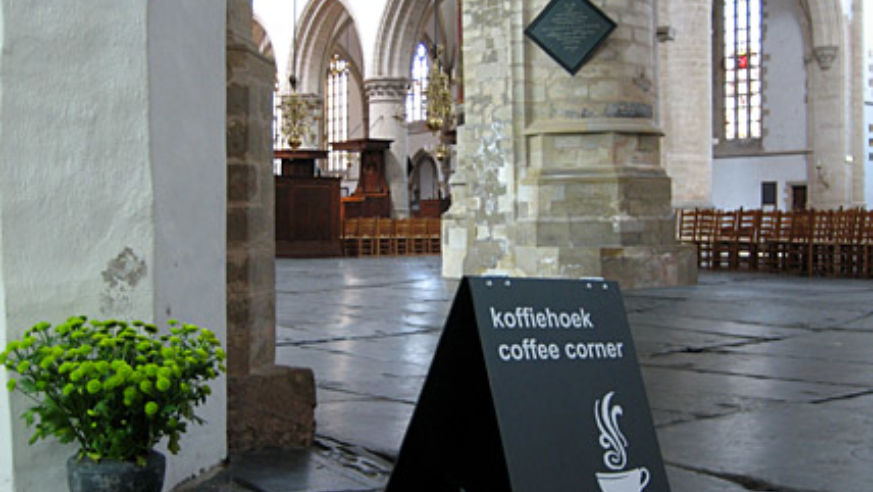 Some of Europe's greatest contributions to art and architecture have been in its churches. But Europeans are donating less and less money to churches. So there's less money on hand to maintain these gorgeous buildings.

This trend really hit home for me during a summer visit to Haarlem, a town in the Netherlands. I dropped by the Grote Kerk (or Sint Bavokerk), a Protestant church. Its Gothic buttresses inspire passersby to look upward. Its organ (shown here) has an astonishingly rich sound despite being more than three centuries old. Handel and Mozart are said to have played on it.

I was surprised to see a coffee shop in one part of the church. Some pews had been cleared away, and an espresso machine with some tables had been filled in. The goal was not to offer treats after a service to encourage parishioners to mingle. Instead it was to earn some extra cash.

I had never seen a café in a church before, but I've often seen churches try to earn money on tourists. Elsewhere in Europe, the line between where a church ends and a gift shop begins is often blurred.

Have you ever witnessed this? If so, feel free to share any thoughts or stories.