Should rental cars have video screens for the kids?

Earlier this year we reported that Avis and Budget adding satellite TV to rental cars. The new in-car live TV Cruisecast service, has 22 channels of satellite TV and 20 satellite radio channels. The cost is $9 a day.

We received the following letter from a reader:

I was disheartened to read of your "kudos" to this company for promoting the idea of sticking kids in front of video screens on car trips (March, p. 33). As a magazine that celebrates the wonders of travel, I find it troubling that this is being lauded. Don't kids spend enough time in front of screens in their everyday life? Do they really need to miss out on the great sights that a road trip has to offer because they're watching "Hannah Montana" instead?

I realize that watching videos on long trips is something that is now a reality for parents, but should Budget Travel be promoting this crutch, instead of encouraging us to allow our children to look out the window, observing the real world in real time? Yes, they may occasionally become bored, but here's where the imagination comes into play—an archaic notion, I confess.

We think that Maureen is probably right and that, in hindsight, perhaps we shouldn't have praised the idea of putting TV screens in rental cars. What do you think?

Tourist officials in Australia couldn't have better timing. They've relaunched Australia.com, their trip-planning website, on the same week that Nicole Kidman and Hugh Jackman light up the screen in the movie Australia, putting the country back on the minds of many Americans. On Australia.com, you'll find many more suggestions for accommodations and sidetrips than before, including thematic trip ideas, such as aboriginal, outback, coastal, and culinary. Eight suggested itineraries can help you with your planning. As for the movie, you should see it if you want to be inspired by the Northern Territory and Western Australia. It was our number one pick of the movies that most inspired us to travel this year. (We saw a preview. It hits screens in major cities this Friday.) In director Baz Luhrmann's tribute to his native Australia, aristocrat Lady Sarah Ashley (Nicole Kidman) takes an arduous journey across the country with a rough-and-tumble stockman named the Drover (Hugh Jackman) as World War II is about to break out. To learn how to plan a trip to see key scenes from the movie, read Movie Quest 2008. 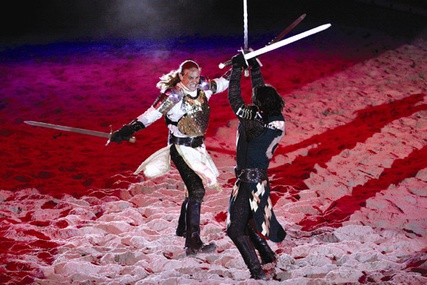 What's the ultimate place to entertain a group of kids? One leading contender is the dinner show Medieval Times. At several spots nationwide, you watch as knights ride real stallions and attempt to unseat other riders--all in a re-creation of an 11th-century tournament. This year, the two-hour show is being overhauled with a new script, soundtrack, and set of stunts. In addition to five new battle scenes, a prince (who is later kidnapped) has joined the cast. The updated show debuts this month at the Medieval Times castle in Buena Park, Calif., followed by Schaumburg, Ill., in September, and Atlanta and Toronto this winter. The new show is already running at theaters in Kissimmee, Fla., Hanover, Md., Myrtle Beach, S.C., Dallas, and Lyndhurst, N.J. While growing up in Orange County, Calif., many of my elementary-school friends celebrated their birthdays at Medieval Times, where the kitschy utensil-free meal meant we ate roasted chicken and spare ribs with our hands. The messier we were, the better. Happily, my favorite parts of the show have stayed the same. The servers are still serfs and wenches who speak Old English. Plus, the arena continues to be split into groups that cheer on various knights. Medievaltimes.com, from $47 for adults, from $29 for kids under 18. Prices vary by location. Through Sept. 1, one kid gets in free with every paying adult if you call 888/935-6878. 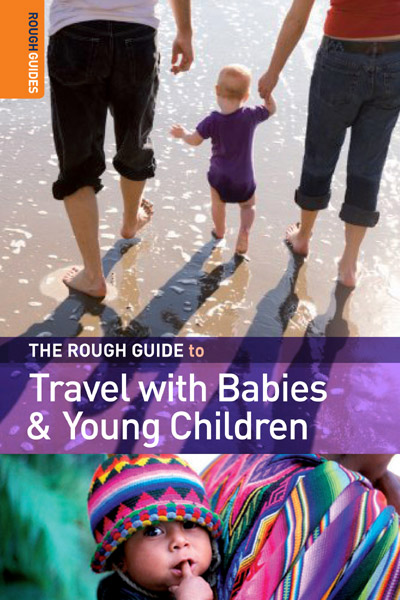 Family travel: Tips from an expert

Traveling with kids can be rough. We talked with Fawzia Rasheed de Francisco, author of The Rough Guide to Travel with Babies &amp; Young Children, for some tips for parents&mdash;including great Web resources. Traveling with kids can be expensive. Do you have an advice for parents about keeping costs down? Don't have too many children! More seriously, though, travel doesn't have to be expensive. After all, tickets, accommodation and food for babies and infants are pretty much free. More importantly, older children really don't need tailor made Disney-type experiences. I'm always struck by the things children mention as the best bits of their travels: a kitten, the stream, sleeping in a tent or cooking out of doors. Children don't need luxury&mdash;although parents might! There are plenty of economy tips for families in the book, but one of the biggest savings you can make is in the area of accommodation&mdash;for instance, you can swap homes (homelink.org), including homes pre-adapted for special needs (matchinghouses.com), camp for next to nothing, or volunteer on small farms around the world in return for food and board (wwoof.org). Tell us about your book. What advice can parents find in it? Well for starters, the book is designed to work for families traveling with one or both parents, babies as well as older children, and children with special needs. I’m hoping parents will be able to hang on to it for some years and find it useful for very different kinds of trips. In terms of content, most of the book centers on preparation&mdash;all the things parents need to think through and do before leaving home: health, insurance, accommodation, keeping the budget down, packing, entertainment, preparing the children, etc.&mdash;as well as issues for different types of transport and trips. What do you never leave home without? Lots of things&mdash;and that's usually part of the difficulty&mdash;"essential" is a very relative term! But wet-wipes get the thumbs up from most parents&mdash;they are incredibly useful for keeping clean on the go. What is your number one tip for getting kids through the boring parts of the trip? Well if it has to be one, it would be to see travel as an opportunity to spend time with your children. Just being prepared to talk and read to them, play games and so on, sets the kind of mood which helps everything fall into place. MORE TIPS Budget Travel's Family Travel Handbook Disney: Eat for free in Orlando Family travel: Hostels that are unhostile Affordable Europe: Tips from the Rough Guides