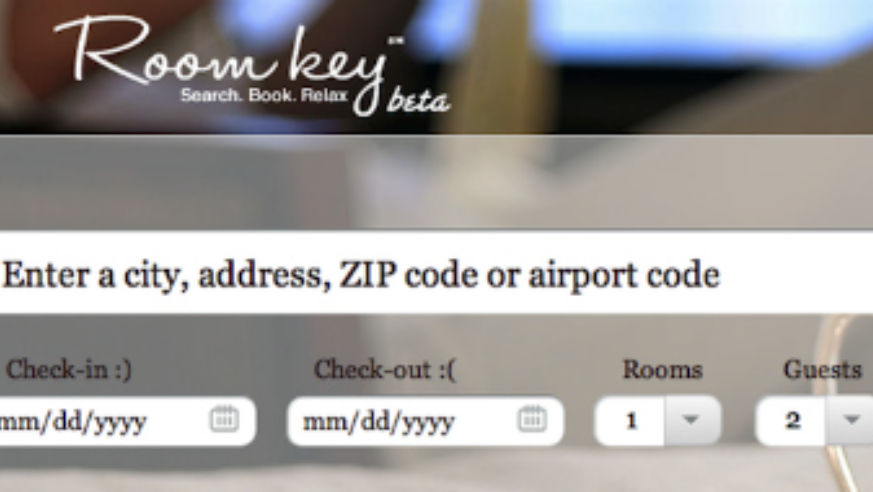 As of now, 23,000 hotels are available for booking in the U.S. and some selected international cities. In comparison, Expedia and Kayak each list more than 100,000 hotels. The site says that more rooms will be bookable after next week, when another chain is expected to join. Room Key has a goal of listing 80,000 rooms available by the end of 2012, according to HotelNewsNow.

The site is limited right now, given that it has just launched. But my advice is that you avoid using it indefinitely.

The site isn't useful now for leisure travelers, and it probably will never be. Right now, you can't see independent hotel reviews from former guests, like online travel agencies offer. The company promises it will add independent review, but how broad of a selection will they truly add? Because the hotels themselves own this booking engine it is unlikely they'll ever allow a show off a unvarnished view of their properties. (Most Marriott hotels may be great, but can you trust the company to tell you about its lemons?)

In another blow, the site's design and interface aren't as slick as competitor sites, such as Expedia, Travelocity, Orbitz, Priceline, Kayak, Hipmunk, and Momondo. In other words, you may find it frustrating to use compared to what you've grown accustomed to elsewhere. Case in point: Sties like Expedia allow you to enter your credit card information once rather than have to enter it for every single booking, as Room Key requires.

On the plus side, Room Key aims to provide a way to comparison-shop for hotel rooms from the major brands and then be directed to the hotels' own sites for booking. Direct booking can be helpful for consumers because hotels tend to set aside their best rooms -- and deliver their best customer service to people who reserve directly through them (partly because they don't have to pay commissions to third-parties.) If you don't believe me, you've never booked via Priceline and ended up in a tiny room with no view squeezed between the ice-making machine and the elevator.

Another (potential) advantage of booking direct is that guests may be able to make better use of one's loyalty/rewards membership. Critics hope that the site will allow guests will be able to enter their hotel loyalty membership numbers once and then see discounted rates. But it strikes me as unlikely that the hotel companies will be that innovative.

Bottom line: The companies running Room Key are the hotels themselves, and they are not going to make available their rock-bottom rates on the site. They also won't let you know about independent (mom-and-pop and boutique) hotels that may offer more personality for your money.

Bummer! Japan Won't Be Giving Away Free Flights After All