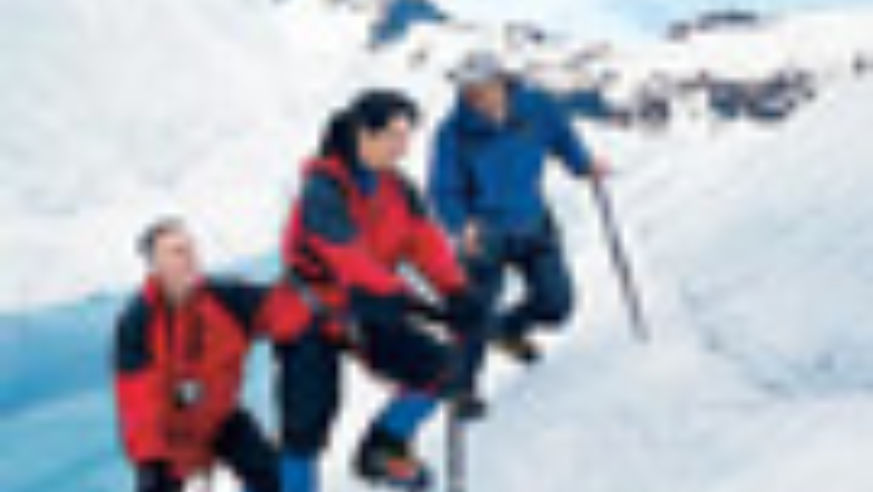 Virgin cruiser Josh Dean took readers' tips on a trip to Alaska, to see just how helpful they were--and came back with some advice of his own

There are a million things I didn't know about taking a cruise. For instance, this: Upon boarding, you're separated from your luggage for an indeterminate amount of time. Until then, you're stuck wearing what you're wearing. In the case of my cruise to Alaska aboard the Norwegian Sun, that would've meant jeans--less than ideal when you have four hours to spend poolside before heading into the mist.

Luckily, I had help. The 20 Tips column has long been one of Budget Travel's most popular sections, but--how to put this kindly?--some tips have always struck me as more useful than others. The plan was for me, a novice, to take the cruise-related tips and see how they'd help me fare.

So, while other suckers spent the balmy afternoon in long pants, my friend Tyler and I sat on lounge chairs, sipping Coronas and wearing our bathing suits and flip-flops, because Budget Travel reader Jyotsna Sheth of Bethlehem, Pa., had passed on some choice advice: Put a swimsuit in your carry-on, and you won't have to wait for your bags to arrive.

Cruises to Alaska are booming. In 2005, more than 920,000 people sailed there, a nearly 20 percent increase from 2003. I'm not surprised. Alaska is a state that takes a lot of time and money to appreciate. It has few people and fewer roads, so traveling by boat is the easiest way to explore it. From the deck--from your cabin--you can see bears, bald eagles, and pods of whales.

But what many people don't realize is that the high points of an Alaskan cruise tend to be the excursions: sportfishing, whale watching, extreme hiking, glacier trekking, helicopter touring, to say nothing of the less adventurous salmon bakes and lumberjack competitions.

Reader Cindy Rucker, from Cary, N.C., had a good tip for booking excursions--though I would have been well served to read her entire tip. She suggested going to the cruise line's website and planning everything out in advance. I knew I'd have time for basically one excursion per port call (Juneau, Ketchikan, Skagway, and Wrangell). Before leaving New York City, I did some research at ncl.com. I signed up for salmon fishing, a helicopter glacier trek, and two hikes. But there was a second part to Rucker's tip: She saves money by circumventing the cruise line and booking directly with the tour operators.

In my excitement--helicopters! glaciers! helicopters on top of glaciers!--I signed up right then and there. As a result, I paid retail: $375 for that four-hour helicopter glacier trek, versus $359 if I'd booked through the operator, Northstar Trekking. I don't regret the copter ride: From the moment we touched down on the Mendenhall glacier, a vast expanse of jagged blue ice that we explored using ice axes and crampons, it was worth every penny. And $16 isn't a huge deal. But the premiums add up. My $180 sportfishing trip would have been $35 less if I'd booked with the outfitter. I would have saved $52 on my glacier hike and $14 on my rain-forest hike. All told, Cindy might have saved me $117. If I'd been booking for Tyler, too, that would have been $234--almost enough for another helicopter excursion. For me, anyway.

Cruise lines are experts at making money wherever they can--it's called capitalism. But Budget Travel tipsters know that while the idea of paying one fare and then leaving your wallet in your shoe organizer (I'll explain later) is a great lure, the reality is different.

"I can send text messages from the Inner Passage!" marveled Tyler, giddy to see his cell phone receive full coverage for the majority of the trip. His phone screen looked normal enough: It said CINGULAR and never indicated that it was roaming. His provider, it turns out, charges $2.49 a minute. When Tyler's bill arrived a month later, he owed $300. Using a phone on the ship would not have been much better; at checkout, we saw a tiny placard at the reception desk advertising at-sea service from AT&T, for $2 a minute.

Internet access onboard can only be purchased in blocks, and the cheapest is $25 for 33 minutes. Gail Jenkins of Idaho Falls, Idaho, had a great tip for keeping fees down: In port, go to a public library. Indeed, the Juneau Public Library allows free Internet access. I still spent $129 in fees for onboard Web access, because logging in once on a 10-day cruise simply wasn't enough. (Remember, I was working.)

It used to be that a cruise ship had one huge dining room in which you sat at an assigned table the entire journey. Norwegian pioneered a new concept, which it called Freestyle Dining: You eat at whichever onboard restaurant you want, when you want. Most major cruise lines have now adopted the concept. On the Sun, there's a buffet restaurant and three à la carte restaurants where you pay only for alcohol. The more recent trend has been to add specialty restaurants, where you pay not only for what you order, but also a cover charge (on the Sun, the charges amount to $15 for the French bistro and $20 for the steak house).

The steak was top-notch, though, and I definitely got my money's worth. Patrick Robinson, of Rupert, Idaho, suggested that I'd feel better about indulging my appetite if I used the stairs instead of the elevators. Tyler and I took Robinson's advice, getting exercise on our frequent trips between our cabin (on the main deck, level 5) and decks 11 and 12, where the food, pool, and most of the action are. It may not have added up to an hour on the treadmill, but come on, it's not like we went on a cruise to lose weight.

One place you all failed me, however, was the packing list. There are many things that one might find handy on a cruise to Alaska; multiple pairs of shorts aren't one of them. And yet that's what I had--three pairs of cargo shorts, plus a swimsuit. Things I did not pack, but should have: a waterproof jacket, hiking boots, binoculars, and basketball shoes (there was actually a court onboard). I learned the chilly way that Alaska is cold and wet in the summer: They don't call its coastline a rain forest for nothing.

Norwegian seemed to assume that I would pack more appropriately. When my tickets came in the mail, the envelope included what I considered an absurd number of luggage tags, each imprinted with my cabin number. The company clearly expected me to prepare for a polar expedition; given the random cold-weather gear I had to pick up along the way in ports, I should learn to take a hint. But I had another plan for the tags, thanks to Alan Sweitzer of Kalamazoo, Mich.: Use them to label personal items like binoculars. That way, if you leave your stuff somewhere, the odds are much better you'll get it back.

As a man who once permanently misplaced four cell phones in a single summer, I considered the idea genius. I labeled a bag containing a paperback I'd already read, and then left the bag on the pool deck. When I returned to my room hours later, the bag was on my bed. Obviously, something more valuable might not have fared so well. But while I may be the kind of idiot who packs three pairs of shorts for an Alaskan cruise, I'm not so dumb as to intentionally leave my binoculars by the pool.

Wendy Maloney, from Vienna, Va., suggested bringing a handful of wire hangers in my luggage. How much of a difference would they really make? I packed them anyway, and was glad. My stateroom, like most hotel rooms I've occupied around the world, was woefully short on hangers. I left the ones I added to the closet to help out the cabin's next passenger, as Maloney instructed.

Not that you need more than a few extra hangers. The Sun's rooms were surprisingly comfortable, but there wasn't a whole lot of closet space--even for two guys who packed poorly. I followed the lead of Jane Tague from Westerville, Ohio. She hangs a shoe organizer over the back of the bathroom door, using it to store toiletries, keys, cameras, and whatnot. In fact, the shoe organizer was the perfect place to stash my running shoes. And there they stayed for the remainder of the trip.

By the end of the cruise, I was jotting down tips of my own. (You think writers get free subscriptions?) Most had to do with packing the right clothes. But if I could get you to remember one thing, it's this: Nobody points out how good the food is on land. Though I enjoyed almost every meal onboard the ship--you'll never be bored--by far the best meal I ate was during our final stop, in Wrangell.

Very few cruise ships visit the fishing village, so their intermittent arrivals are much anticipated. Local merchants set up tables hawking crafts, cold drinks, and fish prepared any number of ways right at the dock. Tyler and I tried some étouffée before setting off on a hike, and it was so delicious we vowed to have a bowl when we returned. But by then, it was all gone. My recommendation: Eat the étouffée for breakfast. Not that lunch was disappointing; at an unassuming trailer named Memories, the owner plucked salmon, shrimp, and halibut--all caught that morning--from a tub of ice and cooked the best fish and chips I've ever had. Plus, it's rare to get fresh wild shrimp. We sat there for so long that we barely made it back onboard in time.

The last afternoon was an at-sea day that covered hundreds of miles of gorgeous Inner Passage channels between Wrangell and Vancouver. Over the P.A. system, the cruise director announced a disembarkation briefing. I already knew that I could skip it. I'd overheard a crew member explain that if you can carry all of your own luggage, you get to leave first. Otherwise, you wait your turn, and the boat is emptied in shifts.

Maybe I know a thing or two about packing after all.