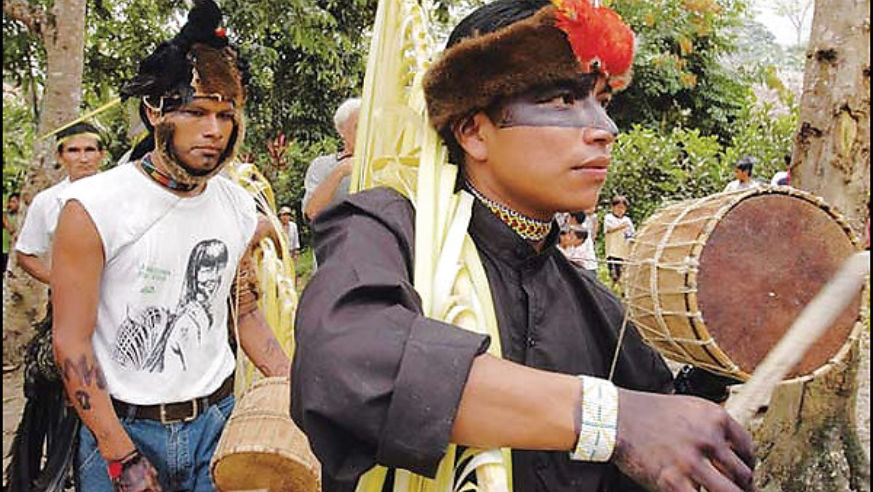 Everyone wants to know about the "next great places." But rather than simply make up a list, we turned to the people who explore for a living--for companies such as Starbucks, W Hotels, Trader Joe's, and Lonely Planet. Get ready for a serious case of wanderlust (not to mention job envy)

A Patagonian valley two and a half hours from the ski resort of Bariloche, Pampa Linda is way off the beaten path, the kind of place where the inhabitants don't generally have much exposure to visitors--which was exactly what Kevin Hodder, at the time a race manager for the TV show Eco-Challenge, was looking for in 1999.

"For active travel, it's hard to beat," says Hodder, who spent five months annually hunting for Eco-Challenge locations. "They call the mountain Mount Tronador--the word for thunder--because the glacier is always calving off, and it sounds like thunder as chunks of ice break and fall into the valley."

Adventurers can hike or ride horses to a lodge at the base of the glacier and then make the seven-hour climb to the lowest peak (10,456 feet), overlooking Lake Nahuel Huapi.

A stream rife with trout runs through Pampa Linda and widens into a river for rafting and kayaking; a hut-to-hut trail leads to the world-class rock-climbing spot Cerro Catedral. Activities can be arranged through the rustic lodge Hosteria Pampa Linda within Nahuel Huapi National Park, where Hodder stayed.

Hodder has since acted as a segment producer for the challenges on Survivor, and now works as the supervising producer for an upcoming Discovery Channel show. Yet he spends winters just as he did before he got into TV--as a backcountry-skiing and mountaineering guide in his hometown, Whistler, B.C. "I still consider myself a mountain guide first and a TV producer second," he says. Hosteria Pampa Linda: 011-54/294-449-0517, pampalinda@bariloche.com.ar, from $62.

Benjamin Weiher works at a desk these days, but for four years, the operations supervisor for G.A.P Adventures guided small groups through South and Central America. "I wore so many hats: translator, organizer, medic, and even therapist," says Weiher, who switched to the office life in March of this year.

A scout for G.A.P had come across Caburé, a village in northern Brazil, six years ago, and Weiher visited on a 2002 tour. Caburé is a peninsular strip of white sand hugged by the Atlantic Ocean, the Preguiça River, and Lençóis Maranhenses National Park. (Lençóis means "bedsheets" in Portuguese; the park takes its name from the 380,000 acres of rippling dunes, which resemble an unmade bed.) "It's not much more than a few dozen thatched-roof buildings and an endless beach," says Weiher.

To get there, he recommends hiring a private motorboat in Barreirinhas for a one-hour trip down the river, or taking a chauffeured dune buggy from Tutoia, a three-hour trek, half on local roads and the rest on the beach (ask at the little travel agencies in Tutoia).

A handful of friendly pousadas, such as Pousada do Paturi, rent out ocean-side rooms and serve straightforward seafood meals. "You relax in hammocks, swim in the ocean, go sandboarding, or hike through the park--local kids are usually the guides," he says. "Caburé is one of the most relaxed places I've ever been." The boat costs about $70; ask at the dock. (The public ferry is $5, but takes five hours.) The buggies, which hold three passengers, cost about $90.Pousada do Paturi: 011-55/98-3349-9902, pousadadopaturi.com.br, $34.

As the A&R consultant for Putumayo World Music, Jacob Edgar spends at least one week per month traveling the world seeking exceptional talents. On a recent trip to South America, he visited Olinda, a colonial town in the Brazilian state of Pernambuco, known in the world-music scene as a hotbed for forró. (Pronounced faw-haw, forró is reminiscent of zydeco.) When you've had your fill of strolling through Olinda's cobblestone roads and marveling at its 16th-century Portuguese architecture, Edgar recommends that you plant yourself in a local café and listen to the vast array of musicians.

"Music is absolutely everywhere," he says. "The drums echo through the streets." His favorite spots include Forró do Arlindo, a nightclub in the backyard of a blind accordion player. "It's rustic," he warns, "but there's no better place to sip cachaça and hear great live music." The club is one of a handful on the outskirts of Olinda, in addition to dozens of forró bars in Recife, Olinda's sister city five miles away. Forró do Arlindo: Avenida Hidelbrando de Vasconcelo 2900, Dois Unidos.

In the past year, as director of Global Exchange's Reality Tours, Malia Everette met with the Naxi people and Tibetans to brainstorm a trip to Yunnan, China; inspected refugee camps on the border between Jordan and northern Iraq as part of the Global Exchange Peace Delegation; and dropped by San Miguel de Allende, Mexico, to catch up with tour operators.

But her favorite stop last year was in the pristine southwest corner of Ecuador's Amazon, a half-hour flight from Shell (which is a five-hour drive from Quito) that skims over lush forests. The Sarayaku Nation operates a modest ecolodge there. "Visiting is an amazing opportunity to learn about indigenous people and the resilience and beauty of a culture," she says. Sarayaku elders lead hikes--pointing out birds and medicinal herbs--and explain their systems for crop rotation and fishing. Sarayaku women prepare the meals and fashion pottery with geometric patterns using natural pigments and sap for polish. Everette left feeling humble and inspired. "It's food for the soul," she says. Book the lodge and flight through Papangu Tours, 011-593/32-887-684, papangu@andinanet.net, from $249 for three days.