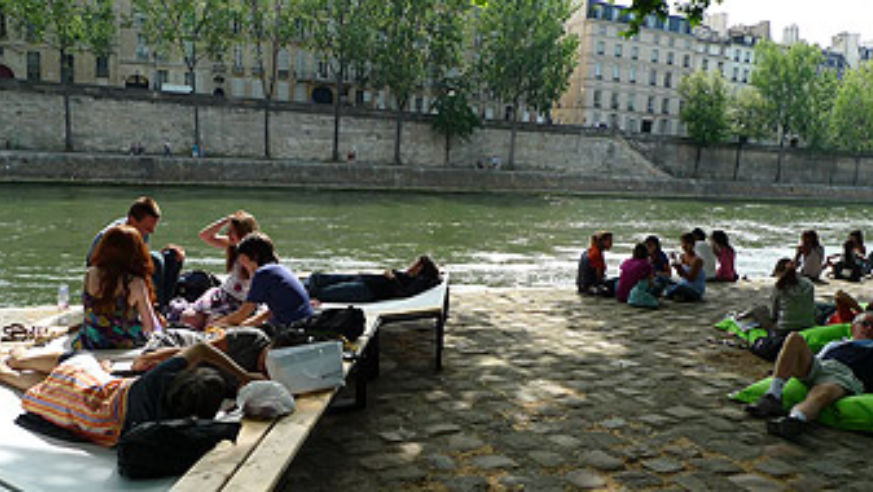 Sun-worshippers are celebrating the return of Paris Plages, a summer festival that finds the banks of the Seine piled with 2,500 tons of sand. From now until August 20, the voie Georges Pompidou, running from the Louvre to the Pont de Sully, is one giant urban beach.

The ninth edition of this annual festival features a second, satellite sandbox along the Bassin de la Villette. Both sites are strewn with deckchairs, ice cream stands and gravel courts for playing pétanque. The Seine location also boasts a swimming pool, some trampolines, and an outpost of my favorite gelato shop. The northern beach along the Bassin offers boating (paddle and row), along with ballroom dancing lessons.

The best thing about this festival may be the price: it's totally free.

• One reviewer's list of top Paris Plages activities, including ukulele lessons every Thursday

• A list of free summer concerts in association with Paris Plages

• See hundreds of photos from Paris Plages on Flickr