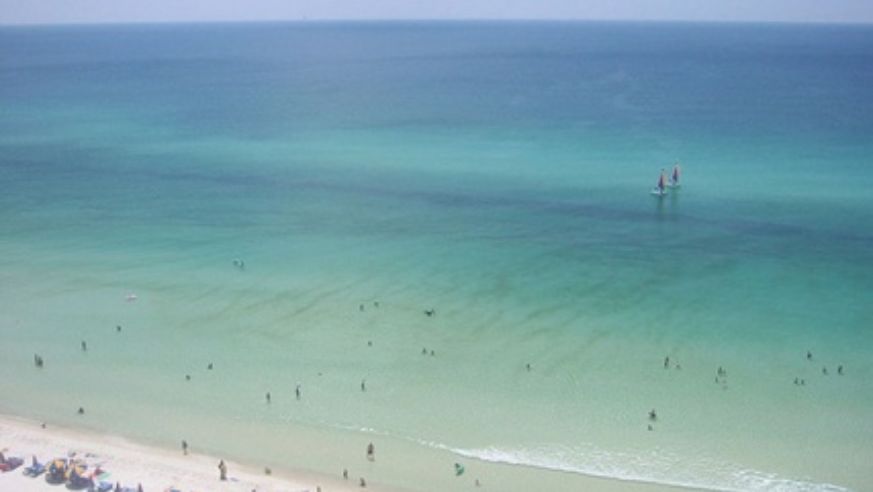 Lots of warm-weather hotspots that were once descended upon by wild spring breakers were glad to discourage their visits. For instance, Panama City Beach has an anti-noise ordinance, and back in 1991 then-mayor Sonny Bono's anti-thong legislation put a damper on many a beach-goer's trip to Palm Springs. But with the rough economy, lots of sunny destinations are looking to kiss and make up. As the New York Timesrecently reported, the Sheraton on Grand Bahama Island, which once shunned student groups, is now working with the studentcity.com travel agency to bring in lots more warm bodies.

And Palm Springs' tourism bureau just started the site palmspringbreak.com, with pix of kids clubbin' like it's 1999. Daytona Beach, a destination keen to market itself as family-friendly in better days, has also had a change of heart, if a somewhat begrudging one: "We're going to try and hold out," said Tangela Boyd, a spokeswoman for the Daytona Beach Area Convention and Visitors Bureau, told the NYT. "Of course," she added, "if students came we're not going to turn them away."

As hotels and destinations are less and less likely to be filled, prices are dropping. An Orbitz survey of 3-star hotel bookings made for March/April showed that Barbados was down in price by 72 percent, as compared to 2008 figures for the same period. Puerto Rico's 3-star hotels are down 52 percent from 2008. In Nassau, in the Bahamas, the price of 4-star hotels is down 55 percent; Bermuda is down 54 percent. We're thinking many of those recession-minded college kids will be staying away from 3- or 4-star hotels, since they're likely to be facing a tough job market in a couple months. You'll still be able to get a great deal and avoid the partying.