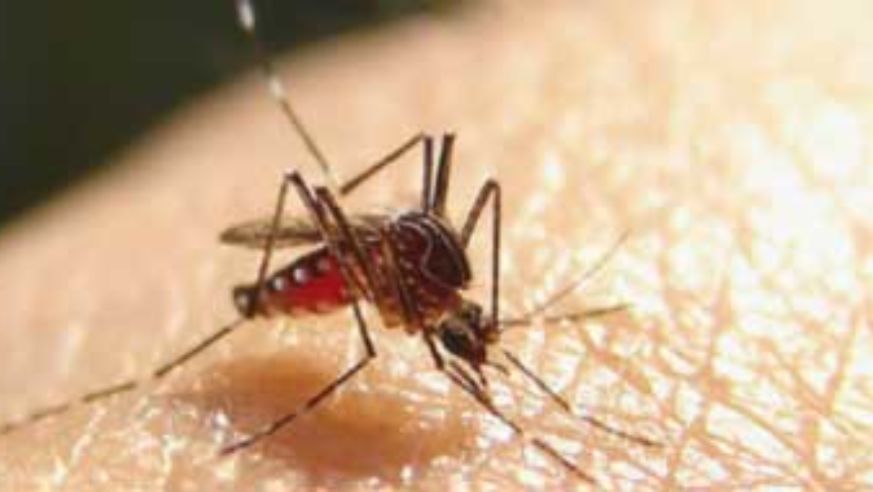 Wetter weather in tropical places means that travelers are being bitten by mosquitoes at the highest rates recorded in a decade.

Increased rainfall in many parts of the world due to a warmer Pacific Ocean has boosted mosquito breeding. Failed control efforts are also leading to more insecticide-resistant mozzies, says the World Health Organization.

We don't mean to be alarmist, though. The danger of mosquitoes should never scare you off from traveling. You merely need to be prepared.

The main advice for travelers is simple: Whether you're visiting a mosquito-prone area of Florida or a cloud forest in Thailand: If you must be outdoors during dusk or nighttime in an area known to have mosquitoes, cover exposed skin and use a mosquito repellant. Only go to hotels and inns that supply Insecticide-covered nets, which studies show are effective.

If you're traveling to a tropical destination, be sure to check new health information for people traveling overseas from The Centers for Disease Control and Prevention in Atlanta. Find out if you should receive malaria prevention medicine before you depart. Different countries, and even various regions within countries, require different medicines. The country-by-country advice at the State Department's website is a good place to start.

Travelers confused about antimalarial medicines should also check out the Malaria Hotspots website for an overview of what to expect.

Don't be afraid, though. Western medicine will be able to help you if you accidentally contract a mosquito-borne illness. But the symptoms could be quite unpleasant—far more than the side effects of nausea and dizziness that can sometimes come with the preventative medicine.

One tip from experts: Don't wait until you reach your destination to get medicines. Better to carry anti-malarial pills from the US, in case you do become sick.

While drugs may be cheaper overseas, there's a risk they may be useless. A study in the scientific journal The Lancet published last month estimates that one out of three antimalarial drugs, particularly in the developing world, may be fake.

In the future, mosquitoes may not be such a "disease vector." Scientists are hoping to genetically modify the DNA of mosquitoes so that they become, in the words of one expert, "malarial hotels: the parasites check in, but can't get back out."

Dengue fever is the other main illness carried by mosquitoes. In good news, the CDC has just announced the first FDA-approved molecular test for dengue may debut this fall. It detects evidence of the virus itself, allowing travelers returning from trips abroad to be properly diagnosed when they have symptoms.

In more good news, a French drug company hopes to find out this autumn if its vaccine against dengue fever is effective. A vaccine would be the first against the mosquito-borne disease, which plagues more than 100 million people each year.

Health Precautions to Consider When Traveling

How Do You Avoid Stomach Upset on the Road?