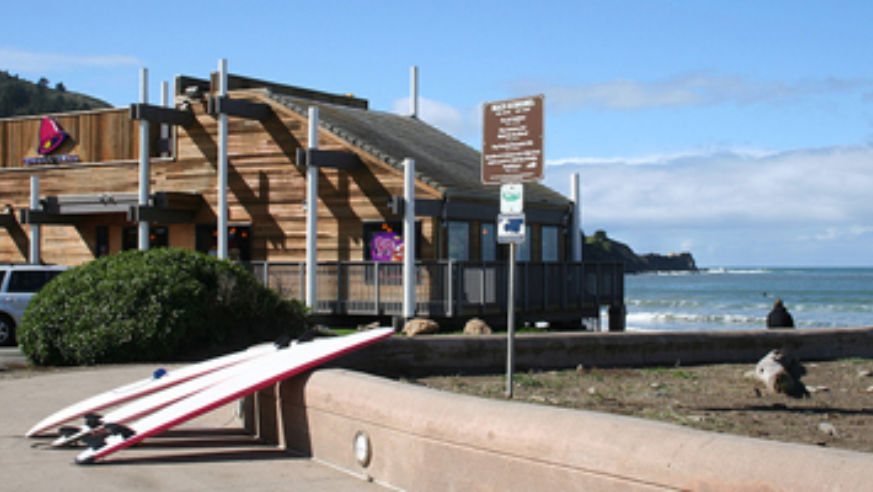 When it comes to the typical fast food joint, terms like "atmosphere" and "ambience" are less important than ones like "super size." But there are a few greasy spoons tucked around the globe that serve a surprising portion of sleekness and even grandeur along with their burgers, fries, and sweet treats.

The picturesque beachfront shack shown above (in Pacifica, CA), has been called "the world's nicest Taco Bell." Perhaps we shouldn't be surprised by the opulence of a Starbucks in Dubai, but with one look at the one in the city's Ibn Battuta Mall, our jaws drop anyway. It might feel strange to order a Big Mac or a stuffed crust pizza instead of stuffed pheasant at the McDonalds in Bray, Ireland, or at the Pizza Hut in Shakespeare's hometown, Stratford–upon–Avon. And trust Tinseltown to make a bucket of fried chicken look glitzy. The Kentucky Fried Chicken in Los Angeles, designed by architect Jeff Daniels in 1990 to reflect postmodernist style, stands on Western Boulevard, on the Hollywood–Koreatown border.

Have been to any surprisingly fancy fast food restaurants yourself? Did the atmosphere elevate the experience?