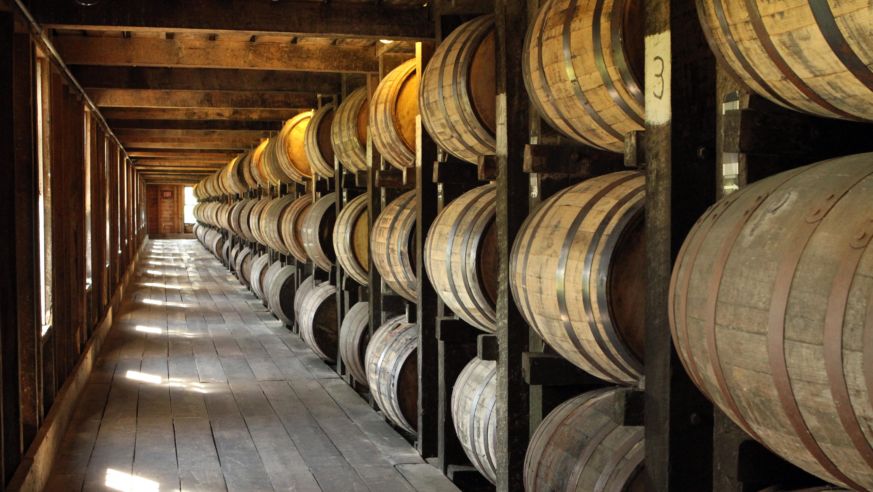 August 2, 2007 was a historic day in America. On that day, the bitter partisanship that pretty much defines American politics was cast aside to pass a bill that declared bourbon to be our “National Spirit” and established September as National Bourbon Heritage Month. And here’s the best part: They passed the bill unanimously. Yes, unanimously.

As further evidence of bourbon’s importance to American heritage as well as the nation’s economy, this isn’t the first time Congress passed a law involving the industry. In 1967, it passed a bill to define bourbon as a whiskey that must be distilled from at least 51% corn and aged in a new charred American white oak barrel and just as Champagne can only be made in the region of the same name in France and Iberico ham can only come from Spain and Portugal, bourbon must be made in the USA.

Which brings us to today. The bourbon industry is exploding—there were over 6.7 million barrels aging in Kentucky in 2015, which works out to 1.5 barrels for every citizen of the state. So-called “whiskey pilgrims,” from millennial enthusiasts to seasoned aficionados, have been flocking to Kentucky to visit bourbon distilleries and see how the spirit is made. But even before bourbon growth took off, the Kentucky Distillers’ Association, a trade organization, founded the Kentucky Bourbon Trail in 1999. (Bourbon production increased 315% since then, from 455,078 barrels in 1999 to 1,886,821 in 2015). The KBT is an invaluable resource for anyone wanting to head to the source and see craftsmanship in action. And the best part: the guidance the KBT provides is completely free. Each distillery offers tours that show the many steps of whiskey-making, from fermenting to distilling to barreling to bottling and, of course, what would a tour be without a lesson in tasting. The distilleries charge a minimal admission fee. It’s worth it.

Just go to the site and download the app. It shows the number of miles between distilleries, which ranges between eight and 70, and lot of other helpful logistical details. There are nine distilleries on the trail. They’ve created a neat little “passport” for you to take from stop to stop. Get it stamped at each distillery and if send it to the KDA when it’s all filled in, they send you a t-shirt.

Among the stops is the iconic Maker’s Mark Distillery, a National Historic Landmark. It’s set up with the house of its founders replicated to period detail. You can watch workers dip the bottles in the red wax Maker’s is known for and even try it for yourself in the gift shop. The massive Jim Beam Distillery is a mighty sight to behold, what with 76.5 million bottles of spirits shipped to 100 countries from there each year. This is indeed the slickest stop on the tour. The company is in its seventh generation of Beams and old-school heritage looms large in its mythology, yet it’s all presented with all kinds of digital bells and whistles. The visitor center is a veritable multi-story museum, with interactive educational elements. They also offer an interactive multi-sensory tour and a decanter museum that would make an antiques collector swoon. Prepare to spend a lot of time here. Heaven Hill, the oldest family-run distillery, offers the Bourbon Heritage Center, a museum of bourbon, past to present. Wild Turkey and Four Roses have both invested vast sums in the last few years to open stunning visitor centers at their historic distilleries, each one a shrine to American heritage.

With all the tourist pouring into (sorry, no pun intended) the state, they need someplace to eat and drink after a day of touring. Louisville has become quite an urban destination. Inventive restaurants are opening at a rapid clip, and meantime, some of the longstanding institutions banded together to form the Urban Bourbon Trail, a guide to some of the most incredible bourbon bars in Louisville, which basically means the most incredible bourbon bars in the world.