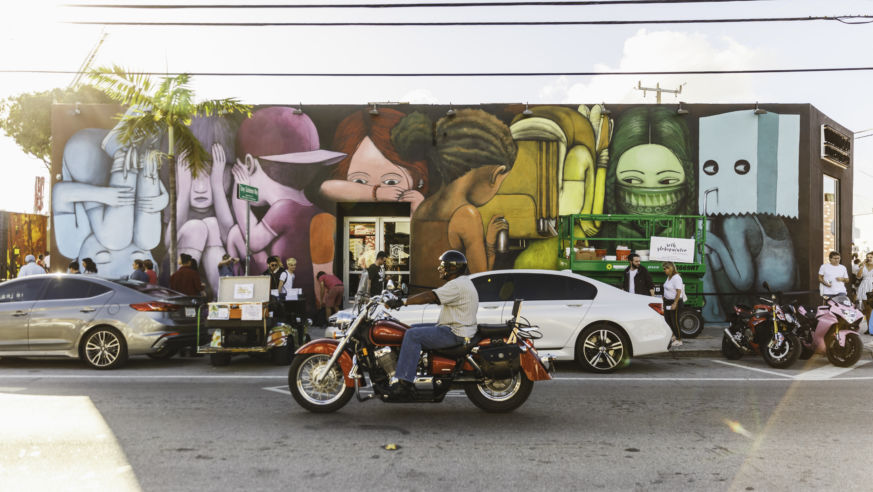 If life is looking a bit drab without travel, add some color into your life by setting off on a street art tour around the world—virtually. Google makes it easy to revisit some of your favorite murals that you’ve come across during your travels or to encounter outdoor public artwork you’ve always wanted to see. Use the human icon to take in the murals from the street level. Enjoy a private viewing of the art displays from the safety of your couch and let these street artists transport you to destinations near and far with this virtual street art tour.

The largest collection of street art in the U.S can be enjoyed at the Wynwood Arts District in Miami with over 200 murals spanning 50 blocks. Shepard Fairey of Obey Giant painted one of the most well-known pieces in the Wynwood Walls open-air museum of street art. His mural features motifs about climate change, war, and more political issues. The mural faces 2nd Avenue and is visible from the street and the museum’s main entrance. Check out more of the artwork in the area on the Wynwood Walls Virtual Gallery Tour featuring murals by internationally renowned artists like Futura, Os Gemeos, Swoon, and Miss Van.

Spotting murals between chowing down at taco stands is a quintessential Austin experience. Order some tacos from a Mexican taqueria and browse through the city's greatest murals including the iconic mural of world-famous Texan Willie Nelson created by local muralist Wiley Ross who later added a portrait of Janis Joplin alongside Nelson. No Austin street art tour would be complete without the uber-popular “I love you so much” mural by local visual artists Amy Cook and the landmark 'Greetings from Austin' postcard mural by Todd Sanders. 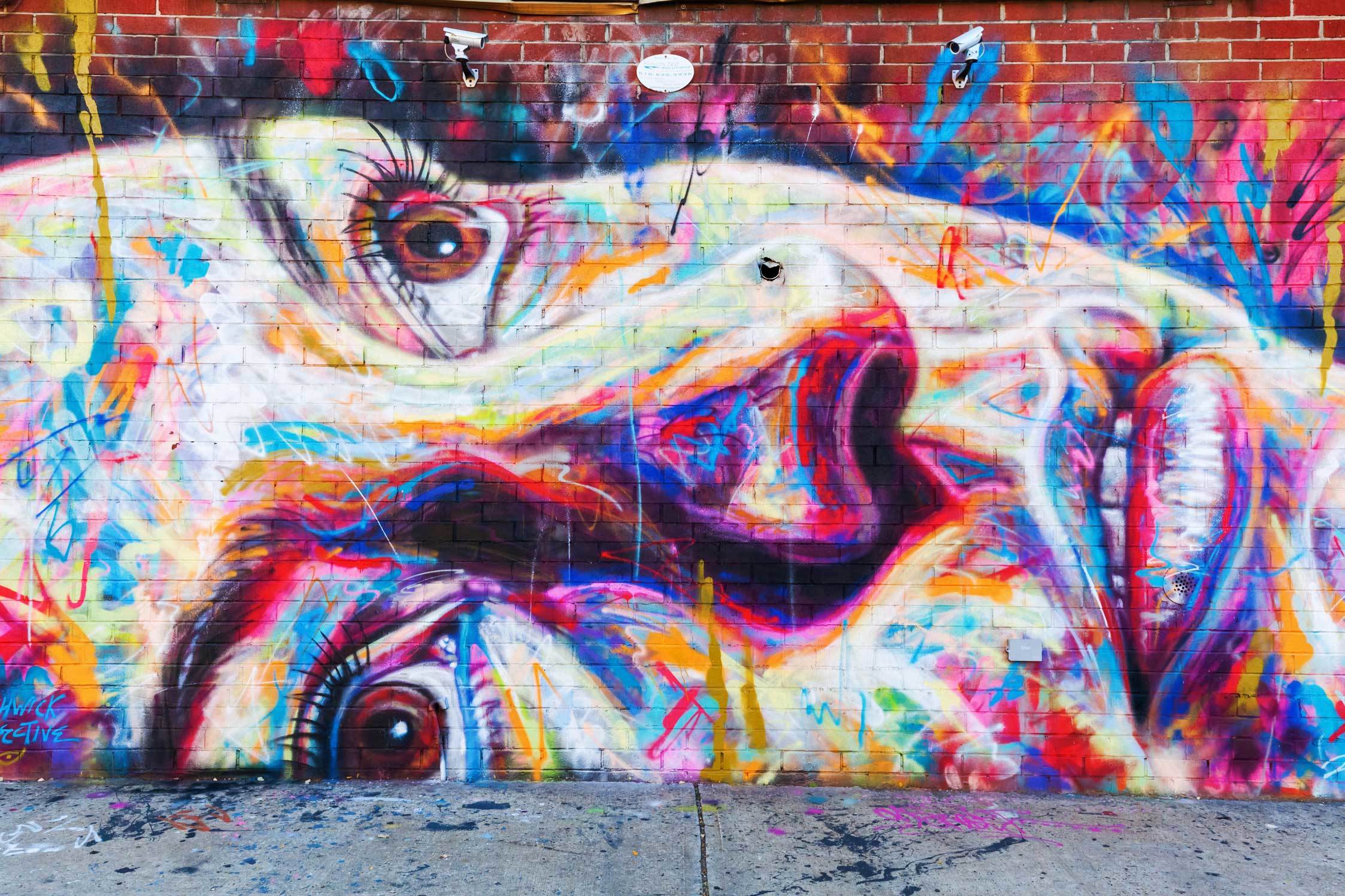 New York City is home to public art displays created by some of the most famous graffiti artists on the planet. Eduardo Kobra brought his “Colors of Liberty” project to NYC with a series of gigantic murals of iconic cultural figures in vibrant hues including a Frida Khalo painting and Fight for Street Art featuring Michael Halsband’s image of Andy Warhol and Jean-Michel Basquiat, both in Brooklyn. Banksy slyly left a painting, ‘Hammer Boy’, on the Upper West Side. The boy is meant to represent the mischievousness of children. Keith Haring left a mark in Harlem with the anti-drug ‘Crack is Wack’ mural to warn against crack cocaine use which was rampant in the 80s when he made the painting. 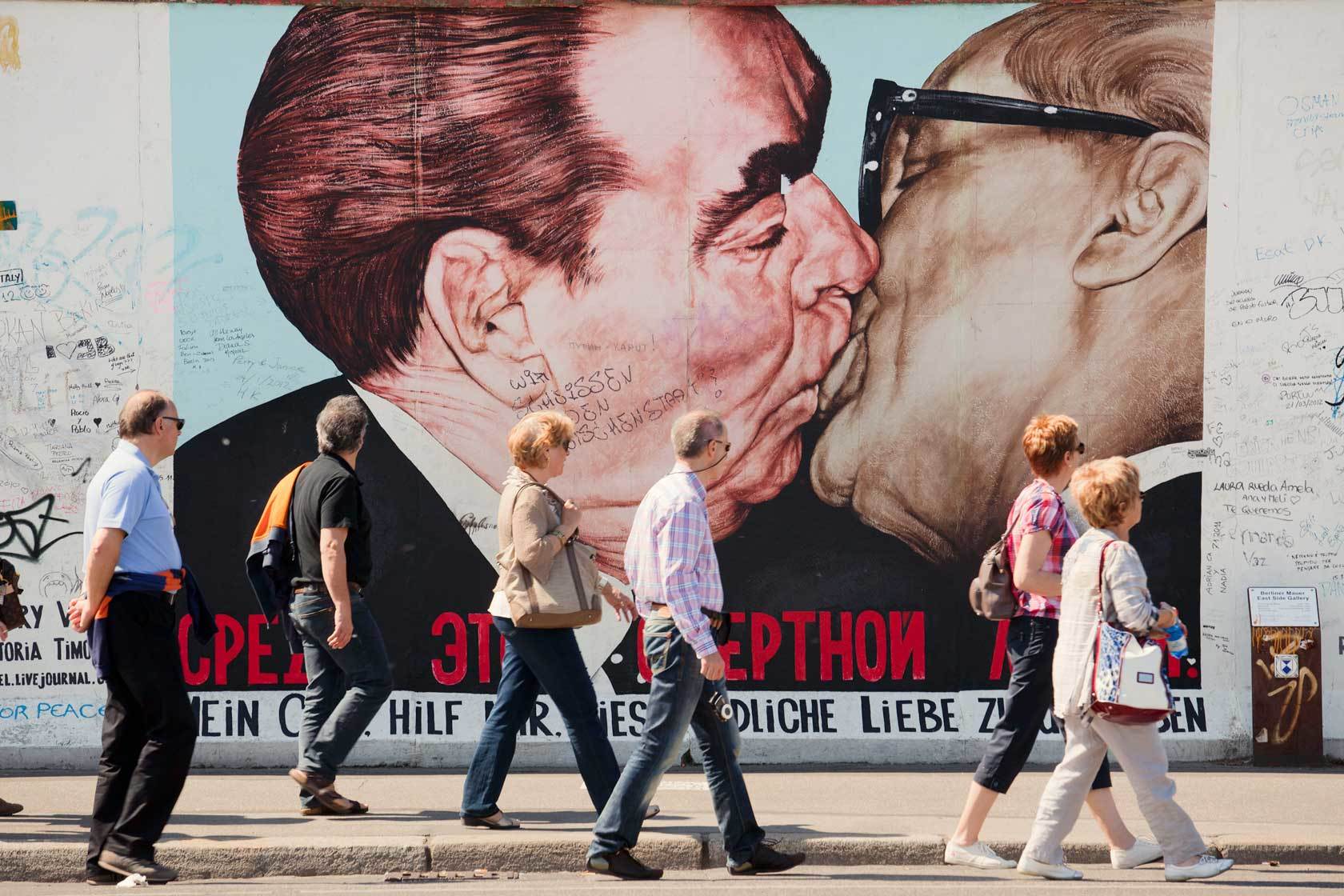 The East Side Gallery is the longest remaining piece of the Berlin Wall and has been covered in street art. You can scope out the legendary street art that spans across nearly a mile from your living room courtesy of Google. Don’t miss Russian artist Dmitri Vrubel’s ‘My God, Help Me to Survive This Deadly Love’ depicting a kiss between Soviet leader Leonid Brezhnev and East German President Erich Honecker. Other powerful motifs include Birgit Kinder’s painting of a car breaking through the Berlin Wall.

Folkestone Artworks is the largest outdoor exhibition of contemporary art in the United Kingdom. UK’s largest urban outdoor exhibition of contemporary art comprises of 74 art installations across the town including several street art murals such as Michael Craig Martin’s'Folkestone Lightbulb' which captures the essence of energy and inspiration created by the outdoor gallery.

The bohemian Chilean city is a cultural center for art with an epic mural art scene. Virtually follow the Street Art Route to skip the lines and view some of the most beloved street art in town. Galvez Alley is a narrow alley decked out in an explosion of color with many murals. Valpo’s Granma by Ella & Pitr is one of Valparaíso’s most famous paintings which depicts a grandmother watching over the city. 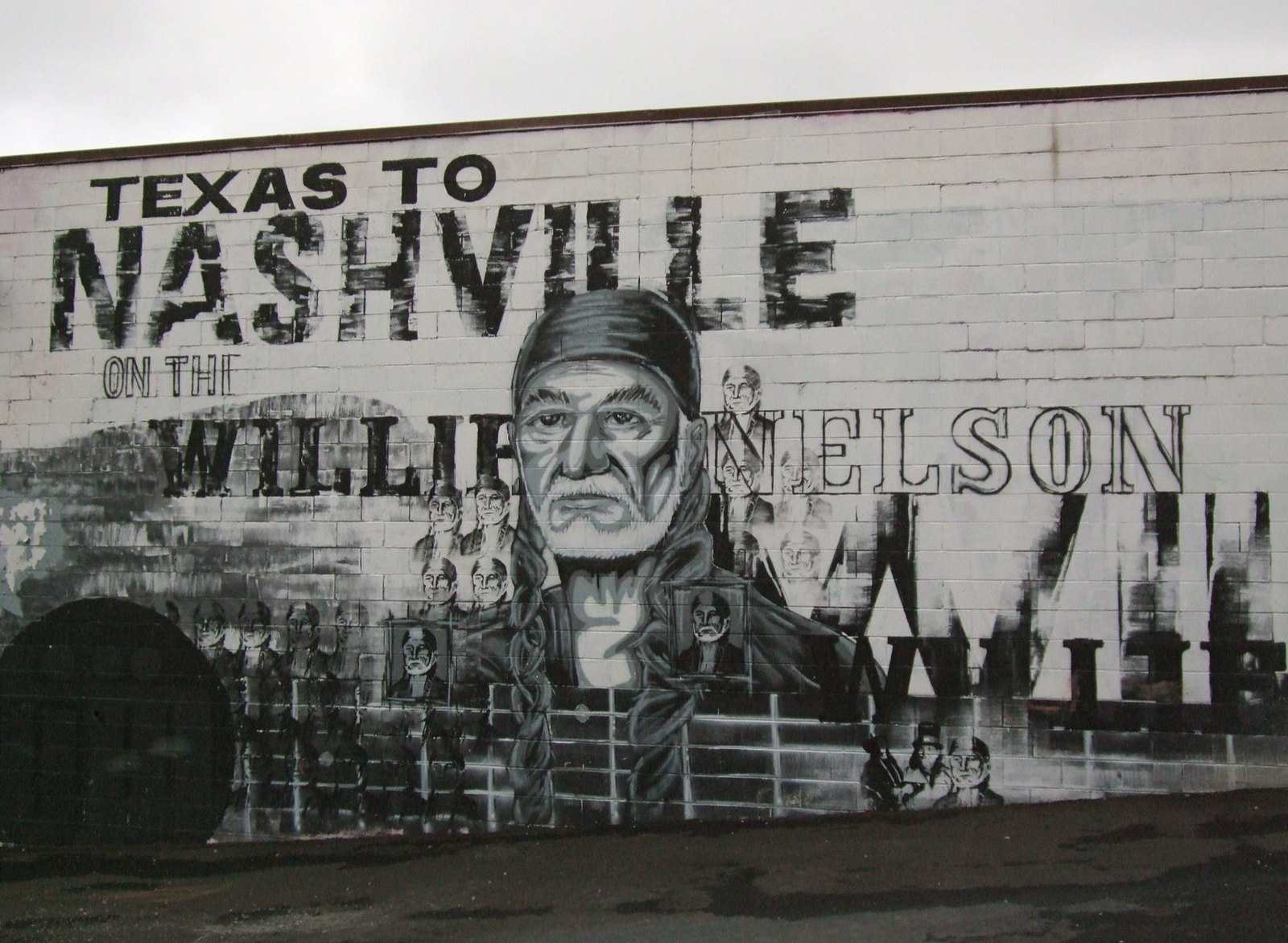 Nashville is known as an arts and culture hub of the United States, and the street art is no different. Art by famous local and international artists can be found on the sides of buildings all across the city. Take a Google Earth tour of the best Nashville has to offer. Next time you find yourself in Nashville, take a photo in front of the famous angel wings, painted by Kelsey Montague, in the Gulch, or the "I Believe in Nashville" murals that can be found all around the city.