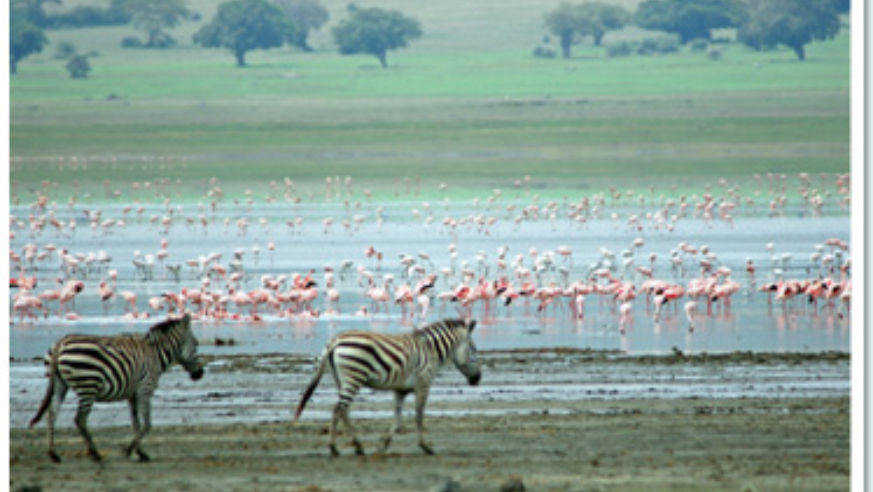 With hundreds of camps spread across more than a dozen countries, the options can seem as vast and open-ended as the African savanna. Let us be your guide.

Expect an Out of Africa experience—one devoted to chasing lions, elephants, rhinos, Cape buffalo, and leopards, a.k.a. the big five, across wild countryside. The enormous Okavango Delta, shaped like fingers reaching toward the Kalahari Desert, plays host to all manner of beasts and 450-plus species of birds, most prominently thousands of storks. The best way to conquer the distances is by jeep and mokoro (dugout canoe).

Go-to Guide
Directed by husband-and-wife team Mark and Alison Nolting, The Africa Adventure Company covers serious ground in its 10-day flying safari, round trip from Maun, Botswana, to the Okavango. Along the way, you'll go on day and night game drives, dine under the stars, and stay in luxurious tents with private bath-rooms. africanadventure.com, from $330 per person daily including all meals and charter flights.

Animal lovers flock to these neighboring countries (with some of Africa's best safari deals) from July through August, to see some 1.3 million wildebeests, zebras, gazelles, and other herbivores take part in the great migration across the Serengeti. Hot on their trail, you'll travel from Serengeti National Park to Masai Mara National Reserve and witness the treacherous fording of the Mara River. If you're lucky, you'll also cross paths with Masai cattle herders.

Go-to Guide
Fifteen-year-old 2Afrika's motto is "Keep Africa Affordable." The tour operator's 16-day Grand Combo is a thrilling sweep through the region, with stays in public park accommodations. The Ngorongoro Sopa Lodge has the only pool overlooking the Ngorongoro Crater, stomping ground of lions, leopards, and black rhinos. 2afrika.com, from $244 per person daily including all meals and charter flights.

Nowhere else on the continent can you spot the big five, go on a great white shark watch, and pop over to wine country, all in a week. Of course, convenience and variety have their price; make sure to visit during the fall (April to May), when the crowds and costs are lower, or in spring (mid-September to November), after the World Cup mayhem has died down.

Go-to Camp
Ecotourism-oriented Wilderness Safaris sets you up in thatched tents at its Pafuri Camp, a 59,300-acre private enclave in Kruger National Park's far north, home to buffalo, hippos, white rhinos, and lions. A three-night stay includes morning and afternoon game drives, a visit to a Makuleke village, and, as part of the extensive kids' program, a picnic atop a baobab tree. wilderness-safaris.com, from $336 per person daily including all meals and activities, minimum age 6.

There's a reason Zambia is still relatively unknown among American safari enthusiasts: This landlocked nation is one of Africa's last frontiers. Most of the wide-open spaces of Kafue National Park are unfenced, so daring souls will be lighting campfires and pitching tents in places where lions, antelope, and hyenas roam. On its border with Zimbabwe, Zambia is home to Victoria Falls, one of the natural wonders of the world, with a drop-off more than twice as high as the one at Niagara Falls.

Go-to Guide
Specializing in high-adrenaline trips for small groups, Eyes on Africa leads a 14-day Untamed Rivers safari. During the finale, participants camp next to Victoria Falls and can white-water raft the Zambezi River. eyesonafrica.net, $221 per person daily for seven people including all meals and park admissions, rafting from $110.

"As we drove around Kenya's Masai Mara, we had an uncommon encounter with a cheetah. It seemed blissfully unconcerned by our arrival, only acknowledging our presence by following us intently with its strikingly golden eyes." —Peyton Marie Williams-Young, Burke, Va.

NEXT: TAKE A MOMENT AT THE TAJ MAHAL >>