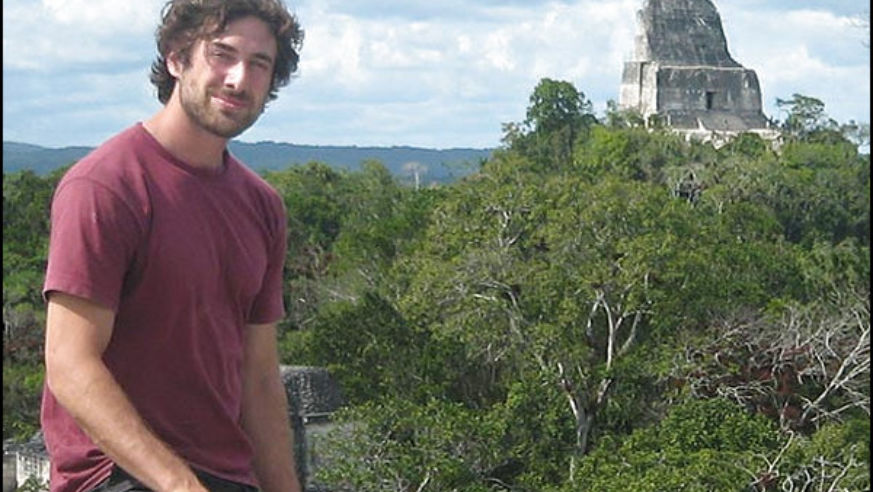 The writer pictured near the Mayan ruins in Tikal, Guatemala

One of the best things about traveling is that you get to leave your home and all the stuff that drags you down. Well, most of it anyway. (Do you really need to pack that second pair of jeans? The reversible parka that's spent its entire shelf life on the shelf?) I decided to challenge myself: I just completed a month-long, bag-free trip through Central America. I ran the full length with nothing but the clothes I was wearing: cargo pants, maroon T-shirt, and gray fleece tied at the waist. On my person was an American passport, a Visa credit card, about $50, a toothbrush, a tiny Canon digital camera with extra battery, a Ziploc bag of vitamins, and a copy of The Kite Runner, whose chapters I tore off as I read them.

Begging for toothpaste, it turns out, is a great way to make new friends.

"Travel light and you can sing in the robber's face," the ancient Roman poet Juvenal claimed. By going luggage-less, I had peace of mind, knowing I wouldn't easily fall victim to theft, damage, or loss. As a result, I was able to hitch rides from the driver of an 18-wheeler truck (Panama to Nicaragua), two Polish land speculators in a Land Rover (Nicaragua to Honduras), and a French woman driving a pickup truck loaded with fresh honey to her home in Chiapas.

With public transportation, I never had to pay extra for bags (a common practice in Latin America) or tip a bellhop. On the beautiful colonial island of Flores, where red retrofitted motorcycle taxis whisk one to and fro for fifty cents, I zipped over to the airstrip on a whim and boarded a domestic flight to Guatemala City about five minutes before it took off. I didn't freak out when the border ferry to Mexico (a canoe, truth be told) had room for barely one more passenger.

Ease of transportation is a primary benefit of the luggage-less voyage; I could find rides anywhere. I witnessed a mafia hit in a Salvadoran fruit market with three local surfers, and jumped in their car à la TheDukes of Hazzard (try pulling that sort of slick getaway maneuver with a 5,000 cubic inch internal-frame backpack). In Tikal, the site of Mayan jungle pyramids--the tallest structures in the western hemisphere until the construction of the Brooklyn Bridge in 1886--I managed to find an Iranian tour group heading back on the road toward Belize, and they were generous enough to share a seat on their air-conditioned bus. Something tells me my fortunes might have been different had I been loitering in that parking lot with a suitcase.

Yes, my lack of luggage did raise suspicions, among travelers and government officials alike. Border crossings were particularly interesting. Unsurprisingly, immigration agents were annoyed, as they clearly missed the opportunity to rummage through my bags in search of weapons or smuggled Rambo bubble gum. What about washing clothes? An amused agent asked, "vas a recorrer mi tierra desnudo?" ("You gonna run around my country naked?") A valid point.

To anyone who would emulate this daring mode of travel, be advised: you will stink. Especially if you feel compelled to play basketball in the early afternoon sun in Costa Rica's colorful Caribbean port of Limón. I would recommend a second pair of socks; you can streamline by putting one in each pocket. Sweaty T-shirts and boxer briefs doubling as swim trunks can be dried in transit by hanging them from a car window (assuming the vehicle has windows).

Body odor notwithstanding, I was free to walk anywhere at any time and to completely improvise and revise my itinerary in liberating fits of spontaneity. All of which brought me into more intimate interaction with the people and places I came to visit.