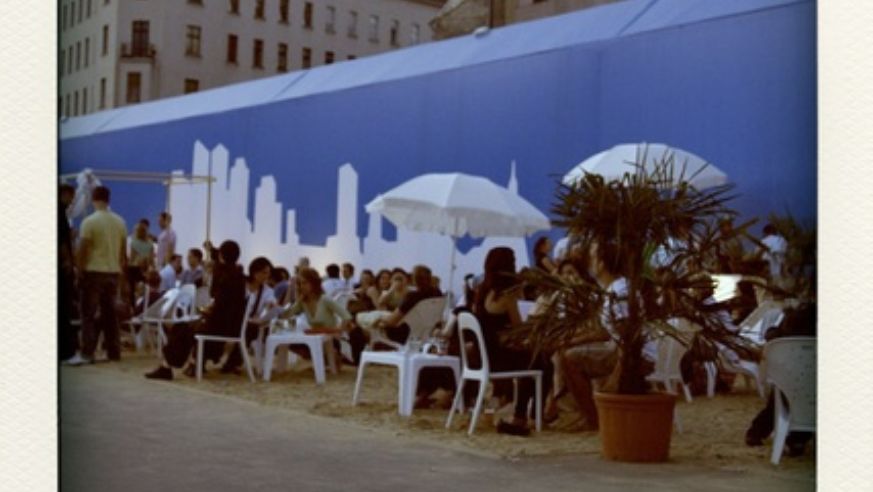 If you aren't able to make a trip to Israel this summer, a Central Park simulation may fill the void—free of charge.

On Sunday, June 21, from 11 a.m. until 6 p.m., an artificial beachfront will be featured at the Naumburg Bandshell in Central Park for the Tel Aviv Beach Party, celebrating the first Hebrew city's first hundred years. Expect to find Israeli bands and DJs, games like matkot (beach paddleball), traditional Israeli foods such as shawarma and falafel, and 1,300 square feet of sand.

In Israel itself, Tel Aviv's centennial celebrations will take place primarily during its Blue Festival from June 17–18 at the recently-renovated parks and ports of Yafo, Israel, just south of the city. The Blue Festival will launch the Yafo Slopes, a new park connecting the sea with the city, and the newly renovated Yafo Port.

Some quick background on the event: The actual anniversary is April 11, but it's more fun to celebrate during the warm weather. Tel Aviv was the first modern Hebrew city, though it obviously predated the birth of the state of Israel.

For an idea of what the beach in NYC will look like, check out Vienna's version of Tel Aviv Beach.