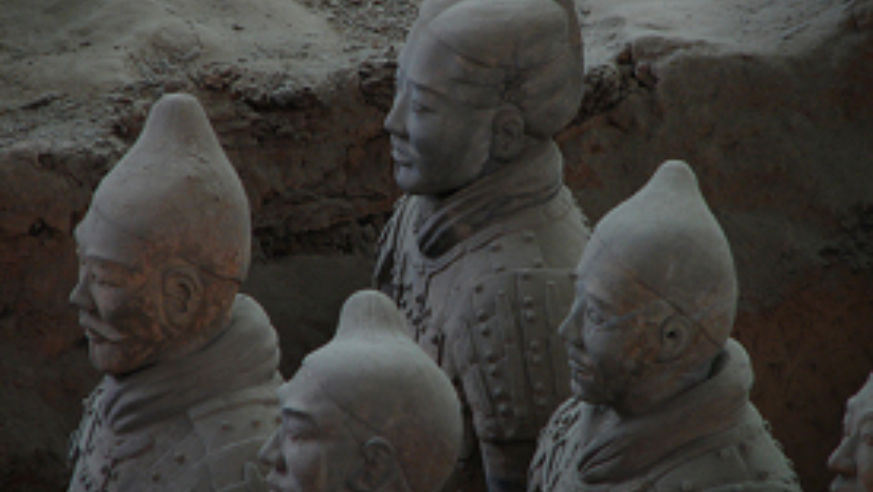 China's Terra-cotta Warriors and Horses were arguably the most significant archaeological excavations of the past few decades. Discovered outside the town of Xian, the well-preserved artifacts originally were used as decoration for the tomb of Qin Shi Huang, who was likely the first emperor of China (around 220 B.C.).

This year, twenty of the terra-cotta warriors will be touring the U.S. First stop is the Bowers Museum of Cultural Art in Santa Ana, Calif., from May 18 through Oct. 12. After summering in Orange County, the exhibit makes stops in Atlanta, Houston, and Washington, D.C. Tickets for the Santa Ana show start at $22 each.

It moves to Houston's Museum of Natural Science in May 2009.

Then, D.C. gets it at the National Geographic Museum from November 2009 through March 2010.

Via THE MERCURY NEWS

MORE ON THE BLOGOffbeat travel news.