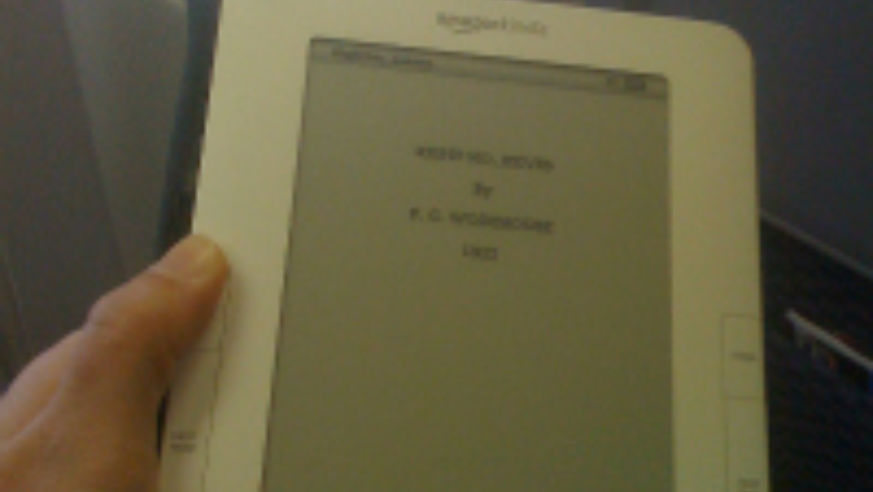 Hey Federal Aviation Administration, the rules governing electronic devices on airplanes are not based on science, writes Nick Bilton on the Disruptions blog at the New York Times. Tests show an ebook reader like Amazon's Kindle won't bring a plane down.

For the past month, Bilton has been interviewing experts at independent testing centers. These labs study electronics, to make sure they will never interfere with other gizmos.

For example, tests by EMT Labs found that the Kindle produces nearly no electrical interference. I

Bilton reports that: "The F.A.A. requires that planes must be able to withstand up to 100 volts per meter of electrical interference."

In comparison, EMT Labs found that the Amazon Kindle emits less than 0.00003 of a volt.

What if a airliner's cabin was filled with hundreds of such devices?

Still no problem, say the experts interviewed in the story. Having multiple electrical devices doesn't multiply the effect.

Maybe the F.A.A. will admit its rules need a fresh review for all major electronics. Banning phone calls during takeoff and landing makes sense. But passengers should be allowed to shift their devices into "airplane mode" to block radio signals and be allowed to continue playing them.

Airlines: The EU Gives OK for In-flight Cell Phone Use, But Many Airlines Still Ban It

Do You Pay Attention to Airplane Safety Videos?

ELSEWHERE ON THE WEB