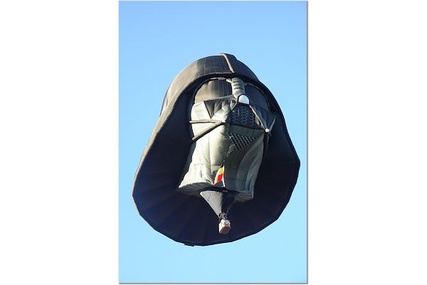 I've just returned from spending the weekend at the Albuquerque International Balloon Fiesta, which runs through October 14. Now in its 36th year and touted as the "world's most photographed event," the fiesta is expected to draw some 100,000 people per day this year.

My cab driver was not exaggerating when he warned us that traffic would be heinous. Even though our hotel was only 10 miles from the launch site, it took us nearly two hours to reach the balloon field. As we sat in bumper-to-bumper traffic on Saturday, we could see the first balloons lift off at 6:45 a.m., glowing and flickering like Christmas lights.

By the time we actually made it onto the field just before 7:30 a.m., the sky was already dotted with dozens of hot air balloons.

Each time a balloon inflated, the crowd cheered as if it were the first of the day. Darth Vader—one of this year's new balloons—drew some of the biggest applause, although my favorite was the pink elephant. (The flying pig was a close second.)

Due to the high winds on Saturday, only about 350 of the 700 balloons ended up flying during the mass ascension.

[On Monday, after I had left for home, one of the balloons in flight tipped after snagging a utility line, sending a woman plummeting to her death, according to this AP story. An investigation to the crash has begun. As the article points out, accidents are rare. The last fatality at the Fiesta was in 1998. Before that was in 1993. In all three cases, power lines and unexpected wind played roles.]

As it turns out, my friends and I chose not to ride in a balloon this time around. Instead, we hopped on the Sandia Peak Tramway ($17.50 a ticket), which offers panoramic views of the city from the comfort of a glass-enclosed gondola.

For a schedule of Balloon Festival events and a list of Park & Ride locations, visit balloonfiesta.com ($6 adults, $10 parking).

If you can't make it to New Mexico this year, the website also streams live webcam images and YouTube clips.

If you want to try a balloon ride at another time of year, know that non-Fiesta rates start at about $170 per person with the balloon operator Rainbow Ryders.

Photo of Darth Vader by Amy Chen. Photo of Pink Elephant by Laertes via Flickr and Creative Commons. 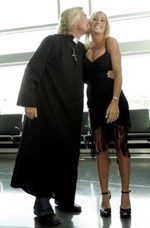 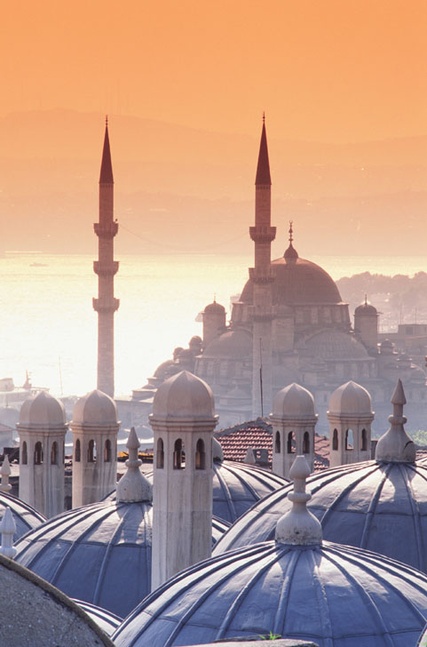 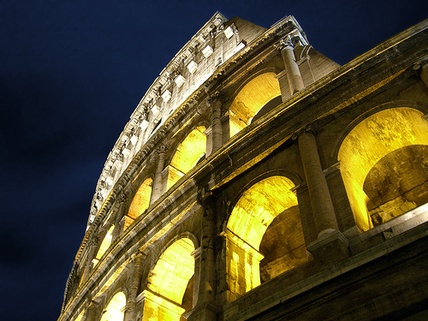 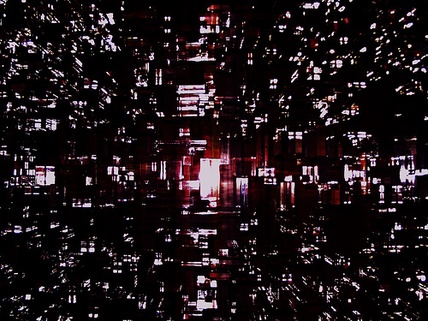 Reasons Why You Love New York

Everyone who has ever visited New York City has a different opinion about what is essential about the place. So let's hear it! What do you think captures New York's character or appeal? The best stories we receive will be printed in an upcoming issue of the magazine. To get your juices flowing, here are a half-dozen of the many good NYC responses we've gotten from other readers so far. They're good because they focus on one place in the city and they give us details. (They've been slightly shortened for space.) The Peanut Butter Co. serves different combinations of the delicious peanut butter sandwich. Nowhere else has it, and I go there every time I'm in NYC. It's in Greenwich Village, 240 Sullivan Street. I'd go there every day if I lived there.&mdash;Ange, Canada The Hotel Roger Williams The staff make you think you're in a small town. They remember your name and are genuinely concerned about your having the best possible NY experience If you are fortunate enough to get a view of the Empire State Building then you can just look out your window to remind yourself that you are NOT in Kansas any more.&mdash;Lisa Mastin, Smyrna, TN Panna II, an Indian restaurant in the East Village, offered me my most uniquely NYC experience. I was immediately attracted by thousands of Christmas lights dangling from the ceiling in this tiny, cozy, yet dynamic locale. Upon walking down First Avenue, we were greeted by a man standing atop a staircase, pleading and shouting for passersby to come in and eat. Due to the high volume of the restaurant, we shared a table with an artist couple from Brooklyn (with whom we were sharing food and funny stories ten minutes later). Since Panna II doesn't have a liquor license, we ran to a Spanish wine shop two doors down, and our waiter whisked the bottle off our table and poured the wine into glasses without us having to ask. The food was outstanding, and in what other city in the U.S. could you dine in a place whose claim to fame is Where chili pepper lights meet Christmas lights ? Needless to say, my boyfriend and I have made numerous trips back for the food and atmosphere at Panna II. Only in New York.&mdash;Eileen Burrowes, Blue Point, NY H&H; Bagels are hands down the best bagels in the entire world. Some people say it's the NYC water that makes these bagels so good. Nobody really knows why but when I bite into an H&H; Bagel, my whole face feels like it's smiling. They're so good you can even eat them plain. On our most recent trip to NYC, we brought back 3 dozen. They're in our freezer and we try to ration out 2 every day. Plain, sesame, onion, garlic. Whenever I am sitting in my kitchen in Florida and eating an H&H; bagel, I close my eyes. For a brief moment, I am transported back to my post-college days in the city. I imagine that my friends and I are sitting at one H&H;'s little tables dishing about last night's activities at the local hot spot.&mdash;Melissa Vanefsky, Deerfield Beach, FL Rudy's Bar is the reason that I love New York. Located on 9th Avenue in Hell's Kitchen, it's close enough to Broadway to be centrally located but just far enough to retain some classic New York style grittiness. Duct tape hold the red vinyl seats together, the beer is cheap, the smell of hot dogs drifts through the air, and if that's not enough, there is a gigantic pig perched outside the front door. A mixture of young professionals, international travelers, and a few regulars fill the small bar to capacity in the evenings. It is a world away from the posh New York City bars shown in movies and television shows but it somehow manages to feel like the most authentic. You step into the New York City of the 80's and it is a wonderful feeling.&mdash;Kristin Templin, Auckland, New Zealand The Strand Bookstore. It's 16 miles of books and my idea of heaven. When I lived in NYC 20 years ago, I made weekly trips to rummage through the bins. It's much more organized now (and even has air-conditioning and computer check-out), but still a biblioholic's dream&mdash; Nancy Mackler, Saxtons River, Vt. We want to know what you love about the city and why. The more specific, the better: What's the restaurant, shop, attraction, or characteristic that makes New York so uniquely New York? Click here to make your case. Photo by 416style on Flickr via Creative Commons