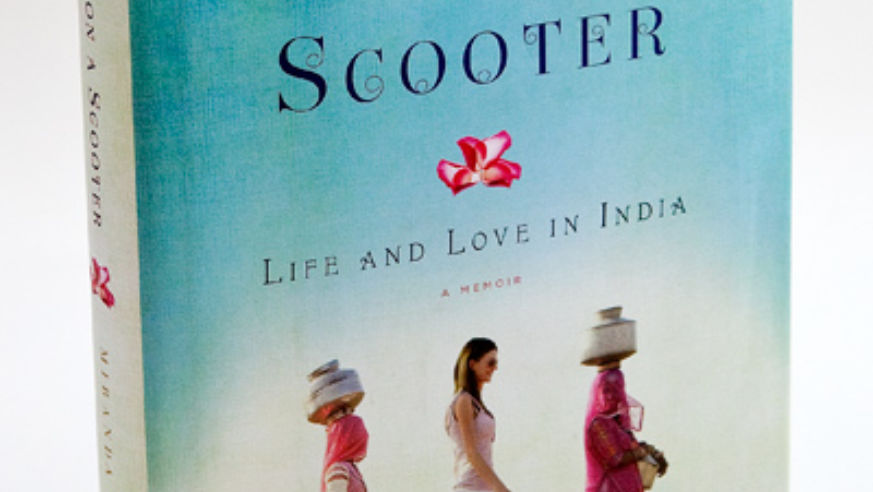 Courtesy Michael Mohr
Sideways on a Scooter, by Miranda Kennedy

This month, as our staff prepares Budget Travel's first ever guide to the best travel books of all-time, we're particularly attuned to new releases in the genre.

One in particular caught our eye: Miranda Kennedy's excellent new memoir—out this month from Random House ($26)—about the five years she spent living in New Delhi, India.

At 27, Kennedy left her job as a magazine editor in New York City, bought a one-way ticket to New Delhi, and threw herself into the local culture headfirst.

A former reporter for Slate magazine and National Public Radio, Kennedy vividly captures the essence of culture shock. You empathize with her loneliness and frustration, laugh at the cultural gaffes, and feel as if you come to know her acquaintances as friends right alongside her.

As a feringhee (foreigner), she is particularly attuned to the many challenges and experiences of a woman living in India. Sideways pays particular interest to delicate subjects like women's roles, education, and the remaining influences of the Hindu caste system. The result is a glimpse into a side of India that not many visitors get to see.

Here are three more new releases worth seeking out:

1. The Tao of Travel, by Paul Theroux

Legendary travel writer Theroux shares his perspective on travel writing and reading, while paying homage to the great writers and poets who shaped his experiences of the world. The book includes excerpts from Theroux's own work, alongside selections from scribes like Ernest Hemingway, Mark Twain, and Charles Dickens.

2. Saved by Beauty, by Roger Housden

British-American author and poet Roger Housden fostered a lifelong admiration for Iranian culture, but it was only when he was in his 60's that he was finally able to visit—and visit he did. Housden traveled all over the country, in search of the complexities of its character. His account of that journey exposes the beauty and creative culture of modern Iran—a side of the country modern Americans rarely see.

3.How to Avoid Being Killed in a Warzone, by Rosie Garthwaite

British journalist Rosie Garthwaite's reporting career—which took her to Baghdad in 2003 and Basra shortly thereafter—has been as much about surviving in war-torn areas as it has been writing. This book, her first, provides the hard-won insights that both she and her colleagues have gleaned about staying alive—and traveling safely—in some of the world's most unstable places. Topics run the gamut from how to avoid land mines to foraging for edible food, but this is far more than a straight-up advice tome. It's a true adventure story, written with sharp humor.

Are there any promising titles we've left out? If so, we'd love to hear about them, in the comments section, below.

We're hoping to make this monthly reading list a regular addition to our blog, so please stay tuned for more new releases, in June.

Until then, happy reading!