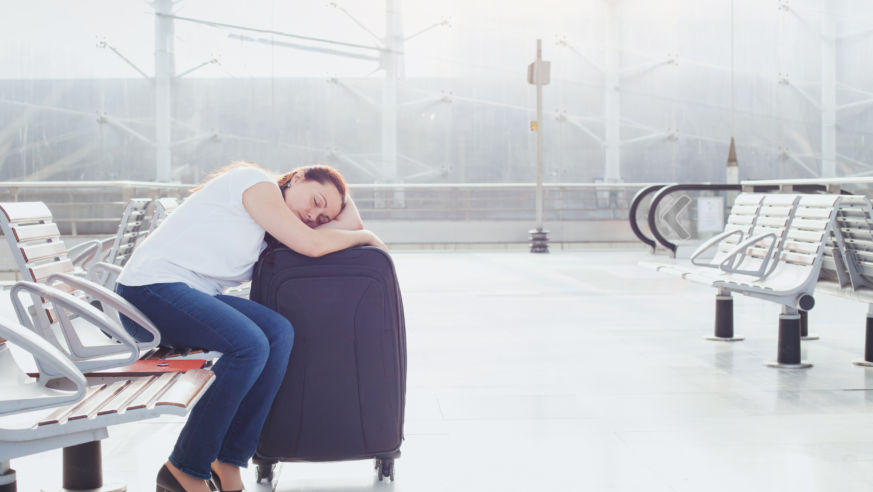 If you’re going to encounter a long layover, where are the best places to get stuck? From coast to coast, here's the best U.S. airports for layovers.

Delay-inducing factors hit hard during the holidays. More travelers means slow-going through lines and security checkpoints, and icy winter weather can pile on wait times and cancellations. All that adds up to unplanned hours in unfamiliar airports. If you’re going to encounter a long layover this travel season, where are the best places to get stuck? We looked at airport amenities from coast to coast to find the best U.S. airports for layovers.

Austin counts some 2,000 bands and performers who make their homes in this musical city. Each week, 27 acts play the Austin airport – it may not be a glamorous gig for the musicians, but it’s certainly a boon to passengers. You can see free live music several times a week at Saxon Pub, Annie’s Café and Bar, Tacodeli, Haymaker, and Hut’s while waiting for your flight.

Chicago O’Hare has more than three times the delays as Midway, across town. So this airport’s amenities really come in handy. ORD is well known for an extensive public art collection, which offers visual appeal for airport wanderers. Head to Terminal 1, Concourse B to see a model of a Brachiosaurus skeleton, and don’t miss ‘The Sky’s the Limit,’ a 745-foot-long kinetic light sculpture, in Terminal 1 between Concourses B and C. When traveling, it can be difficult to know whether to leave the airport or get comfortable for a long wait. With the first aeroponic garden at any airport in the world, passengers can at least feel like they’re outside. Head to the mezzanine level of the O’Hare Rotunda Building to see the greenery, get a little fresh air, and enjoy a meal. O’Hare’s restaurants use some of the vegetables and herbs grown in the garden, so your meal may even count as farm-to-table dining.

Dallas has all the standard amenities of larger airports – a yoga studio and showers, for example – but you don’t have to head to the in-airport-hotel to catch a rest. Travelers can rent sleeping suites by the hour. Budget-minded travelers can head to free relaxation zones to enjoy ambient lighting, lounge seating, and charging stations. But passengers can also get a gaming-induced adrenaline high at two Gameway entertainment lounges. Each lounge has 36 gaming stations complete with a leather chair, an Xbox One loaded with games, a 43-inch TV, and noise cancelling headphones.

This Rocky Mountain city makes sure passengers love the winter, even when it’s causing them travel delays. The airport installs a free ice-skating rink between the terminal and the Westin hotel each winter; the ice rink is up from roughly the end of November though late January. In other seasons, this plaza has hosted a pop-up park filled with trees native to Colorado, and a beer garden. The Denver airport also has a unique twist to its therapy dog squad: It includes a hundred dogs and one cat, all of which are led around the terminal to ease travelers’ tension.

In this snowy part of the country, weather delays are inevitable. The Detroit airport has free WiFi, 24-hour restaurants, and a reflection room to ease frazzled passengers’ stress. It’s also a good place to take a stroll: A 700-foot tunnel connects Concourse B/C with Concourse A and the McNamara Terminal. It’s home to an LED light display that feels like you’re living in a kaleidoscope.

San Francisco’s airport has so many traveler amenities, it almost feels like a hotel: free WiFi, luggage storage, (paid) showers, plenty of charging stations, a yoga studio with loaner mats, and a 24-hour children’s play area. To entertain the kiddos, there’s an aviation museum within the airport, and a self-guided educational tour. The friendly canine “Wag Brigade” roams the airport bringing cheer to passengers, but LiLou, the therapy pig, seriously ups the adorable ante.

At MSP airport travelers can get in their steps with a 1.5-mile walking path around the airport’s perimeter. If travelers want to get out of the airport for a while, Minneapolis’s Mall of America is just a three-stop ride on light-rail transit from the airport. Hundreds of stores, a movie theater, and the Nickelodeon Theme Park are all just 12 minutes away.

This airport overflows with artwork from local, regional, national, and international artists. Changing exhibitions keep the visuals fresh, so travelers might see new works each time they fly out or return home. Pittsburgh also joined San Diego and Tampa International Airports by hosting a National Endowment for the Arts–funded artist in residence program. If travelers want to get in on the action, they can head to Paint Monkey, a do-it-yourself paint studio, where they can paint a canvas bag to tuck inside their carry on before their flight.