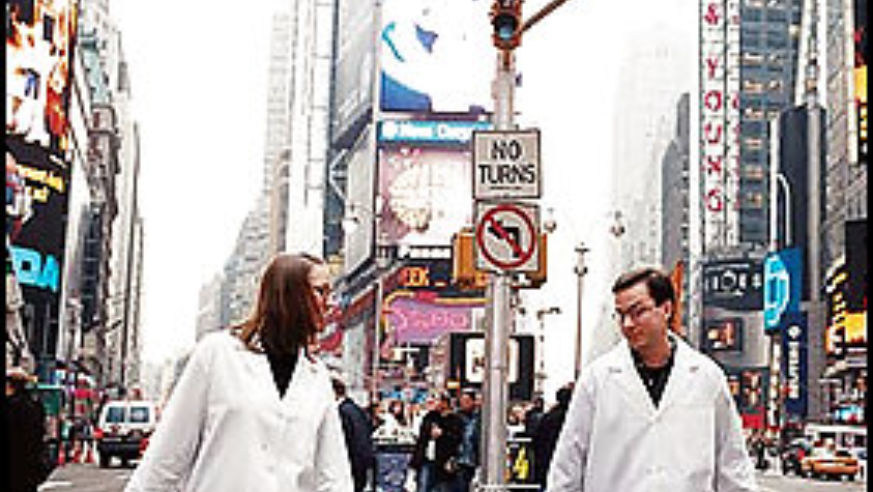 There have been big advances in wheelie-bag technology (particularly the wheels). Since it's hard to test a bag before you buy it, we did the dirty work for you.

It might be time to buy a new wheelie bag. But the question is, which one? We asked manufacturers to let us test out medium-size models with the newest, most durable, smoothest-riding wheels. We considered testing carry-ons, but good wheels seem more important on larger bags.

The perfect bag needs wheels large enough to roll easily over uneven terrain like cobblestones and sidewalk cracks, yet not so big that they're obtrusive. They have to be soft, to lessen vibration and noise, and at the same time durable enough to survive dozens of vacations. Ideally, the bag will be able to zigzag quickly through crowds and corner like a Corvette--and yet be stable enough to avoid wobbling around on one wheel or tipping over entirely.

Before testing these five models, we loaded each with 40 pounds of clothes, so that they'd total about 50 pounds apiece, the maximum for free checked bags on airlines. As for the lab coats--we couldn't resist.

The closest we could get to a mad dash through a crowded airport.

It immediately became clear how much better these bags are than what rolled around airports 10 years ago. We felt like Bode Miller on a good day: All the wheels were remarkably quiet and cruised smoothly across the pavement. The Osprey, with its big 3.5-inch wheels, was the smoothest of all, while the REI's 16-inch wheelbase (the widest of the bunch) kept it especially stable. None of the bags came close to tipping during turns, and switching directions was a breeze. The Tumi got a slight demerit because it felt a little heavier and clunkier.

City streets are mean enough. The last thing anyone needs is a bag that can't handle the turns.

This was where the bags really began differentiating. The three with the widest wheelbases--REI, Eagle Creek, and Tumi--remained on two wheels without a hiccup while zipping around corners. The Eagle Creek and the REI were somewhat more likely than the Tumi to go up on one wheel or flip when cornering during a near sprint. The Ogio and the Osprey, on the other hand--which have wheelbases of 13.5 and 13 inches, respectively--often leaned over on one wheel when entering a corner at any pace faster than a walk. At jogging speed, they flipped over regularly.

Because any wheelie bag can glide right over smooth floors.

The Tumi rode like a Cadillac over cobblestones, uneven concrete, and stone walkways; the Eagle Creek absorbed the bumps and handled the terrain even better. Neither came close to tipping, even on some hairy sections of banked cobblestone. Either of the bags sure would come in handy for touring medieval towns in Europe. The REI performed adequately, though it bounced more and rode a little rougher over the bumpiest areas. The Osprey and the Ogio sailed over the cobblestones and sidewalk cracks if pulled in a straight line, but both were likely to tip up on one wheel and flop over when riding over lopsided sections of stone.

There will always be times when your bag has to make a leap.

We yanked the bags up curbs and small sets of stairs again and again to see how the bags handled the impact. Sometimes we hit the curb dead on; other times we made contact at a slight angle. The Tumi was the smoothest curb hopper, easing its way up and absorbing the steps as well as you could expect. The Eagle Creek, REI, and Tumi quickly settled back on two wheels when hitting the curb at an awkward angle. The Osprey easily jumped up curbs and stairs, but its big wheels caused more of a jolt than the others. Both the Ogio and the Osprey were inclined to flip when we hit the curb at anything other than a 90-degree angle.

When push comes to shove, is the bag prone to falling down on the job?

We stood each bag up and nudged it to see how easily it would topple. The Eagle Creek and Tumi bags performed the best, resettling quickly after each push; only swift shoves knocked them down. The REI was good, but slightly more inclined to tip--perhaps because of the weight of its standard attached day pack. (With the day pack removed, the REI was more stable; then again, without it the REI had less packing space than the other bags.) The Osprey required only a slight nudge to fall over. It also wound up on its back when we attempted to stand it up on ground that wasn't completely flat. The Ogio came in dead last, tipping with little or no nudging at all. The problem is that, when standing up, the Ogio rests on its wheels and a plastic stabilizer handle--which don't line up correctly. The bag has bad posture, never standing up straight. Sometimes it crashed over the moment we let go of the handle.

Our test lab was all well and good--and the lab coats made it feel very official--but there's no substitute for the real world. Call us masochists, but before naming a winner we rolled the three highest-scoring bags into the heart of Times Square for one final, less theoretical trial. By then, something must have come loose in the Tumi's handle, and it rattled loudly (and annoyingly) along the sidewalks. The bag's wheels also became stuck in subway grates. The lighter, quick-turning REI and Eagle Creek were more deft at zigzagging around tourists and avoiding taxis. While the REI's attached day pack is a nice option, it juts out awkwardly from the main bag and made it less stable than the Eagle Creek. In dense crowds, the day pack sometimes wound up bumping into people, too.

REI: The bag (right) has a zippered compartment with backpack straps--and surprisingly, the bag sits very comfortably over the shoulders.

Ogio: The handle often got stuck when we tried to push it back into the bag.

Osprey: On the plus side, the bag has two handles in the precise spots you want for picking the bag up with two hands. But when the bag is standing up, the zippers snag easily, and during tests, the bag frayed and ripped in a few spots.

Tumi: The handle's release button (right) is in a fairly awkward position, requiring two hands to extend the handle.

With 29 stars out of a possible total of 30, Eagle Creek's Velocity 25" was our best performer. Not only did the Eagle Creek score tops in our tests, it also has some other cool features we like. The big rounded handle fits especially comfortably in the hand--a relief after a few hours. The model comes with some unexpected extras: a garment bag and a space-saving folder system for packing clothing flat. And at $340, the Eagle Creek retails for $110 less than the Tumi model we tested. And yes, it also comes in black.