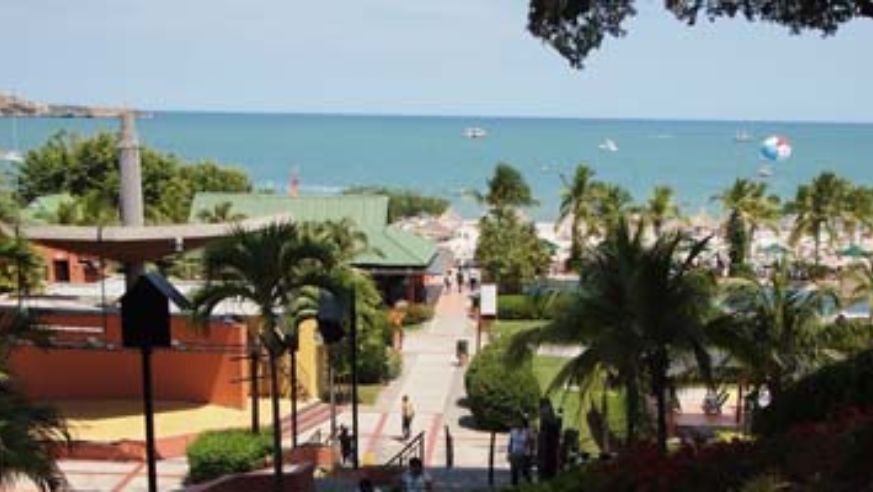 Hobart Fowlkes, our "Budget Travel Convert," reports regularly from around the world. Today he updates us on a recent trip to Panama where he spent time relaxing on the beach and exploring the historic canal and the pleasures of Old Panama City.

I will just assume that you have never traveled to Panama, so let me begin by saying that it has a gorgeous landscape which is, for the most part, quite unspoiled. Out of a population of 3 million, more than 1.5 million live in Panama City (the rest are dispersed in little villages around the country).

See photos from my trip to Panama.

Now, of course, the first thing you think about when you think about Panama is the canal. If you are like me, you pretty much yawn and feel satisfied to be in the general vicinity of a human accomplishment that changed navigation and our perspective of the modern world. An early morning phone call from my father (who was not aware I was traveling), however, convinced me that I should at least get in a taxi and go look at the canal. He was SO right. Trust me, it's worth 2 hours out of your day to cab it to the Miraflores Lock and watch a gigantic cruise ship pass through. Plus, the vintage 1914 U.S. Military Canal Zone architecture is awesome.

Besides the Canal Zone, Panama City at first glance might seem to be the Dubai of Latin America, by which I mean it is really a giant cluster of skyscrapers that I don't think are occupied...yet.

The Old City is CHARMING (in all caps). It has the flavor of a Spanish Colonial town, is inhabited by the same locals who have been there for generations, and seems to slowly be cultivating a hip, artsy culture of clubs, bars and restaurants. It is definitely worth a visit.

Where I stayed: I spent two days at the Royal Decameron Golf Resort in one of their golf course villa rooms. It is on the Pacific Coast, only a two-hour bus ride from Panama City.

How much I paid: I paid $150 per night, and EVERYTHING is included (room, meals, alcohol).

Why I recommend it: Royal Decameron is a chain with 11 properties spread throughout Latin America and North Africa. The property I stayed at is enormous with 1,170 rooms, 2 big buffets, 8 specialty restaurants, 11 bars, 11 pools (eight for adults, three that allow children), a disco, a full-service spa, and three boutiques.

Even though I don't typically go for big resorts, in a place this enormous you can easily make it your own by finding a quiet spot away from the crowd. No one insists that you get drunk at 10AM and sing karaoke or have salsa lessons by the pool (although that seems to be what most of the guests do). As a result their long pristine beach is mostly empty and can be all yours for as long as you like it. (Tip: The further you get from a bar, the more privacy you have.)

Likewise, avoid dining at the all-you-can-eat buffets. If you wake up early, make reservations in one of the many restaurants and you are guaranteed a pleasant experience. If, by some chance, your only option is the buffet, then try to get there when it opens and before the other guests have picked everything over. For a heftier price (not too bad, like $200/night) you can have one of the fancy rooms down by the water (though you will be subjected to disco dancing and karaoke until the club shuts down at 1AM). In my opinion, however, the best option is to stay in one of the cheaper $150 golf course villas, which feel like having your own little house far away from the hubbub.

Next up: Tune in again with me next month when I head to Greece, where LOTS of amazing hotel deals can be found nowadays (on account of their ugly little economic crisis) So, I'll be reporting to you from the Adrina Beach Hotel on the Tiny Island of Skopelos where they filmed the movie version of Mamma Mia.

How to Deal With Lost Luggage (video)