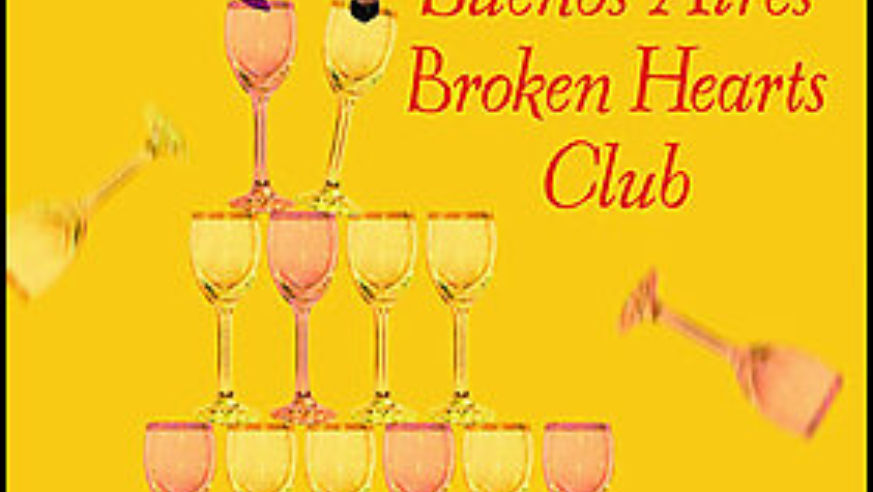 In her new novel, Jessica Morrison tells the story of 28-year-old Cassie Moore and how she left her comfortable life in the United States for a a six-month trip to Argentina.

What does one wear to tango? I pull on a flippy little skirt, a black shell, and strappy high-heeled sandals and twist my hair back into a tight bun. I'll need a complete field of vision tonight.

Dan and Jamie both show up in jeans. Jamie's are topped with a revealing black camisole and a pair of swishy earrings. I tell them to wait while I change, but they won't hear of it. "You look amazing," Dan gushes. "Really, really amazing." Jamie agrees enthusiastically. "Mucho Argentina."

Her compliment makes me smile. She moves up a level on the friend-o-meter.

"Yeah, she's right." Dan looks at me as though for the first time, tilting his head, puzzled. "You do sort of look like you belong here."

That settles it. I don't change.

At the class--held, curiously, in the basement of an Armenian community center a few blocks away--almost everyone is wearing jeans. Only the instructor, a striking older woman who's had too much plastic surgery--Dan calls it the Tango Special--is wearing a dress and heels. When she spots me, tucked in behind Dan and another tall guy in a blue T-shirt, she looks me up and down and nods approvingly, saying something in Spanish that I can't understand. Let's hope she remembers that she once liked the look of me after she sees me dance.

Luckily, it's easy to hide my footwork in the massive group of beginners on our side of the hall. It's so crowded, Dan actually thinks I'm good, blaming other couples for the constant assault on his feet. But then Dan's not exactly Fred Astaire. "If we had a little more room, you could really show them your stuff," he says. I smile and step on his foot. He grins proudly. A few rounds of the dance floor, and I've mastered the first two steps. For the other fourteen, I kind of wing it. I suspect a step or two from high school square dancing has made it in there somewhere (nothing wrong with a little cross-cultural exchange).

Meanwhile, Jamie, in the hands of a cute young Argentine with a scruffy mullet, is shuffling, turning, and heel-toeing in perfect sync with him. She talks to her partner while she dances. She doesn't count to herself, scrunch her forehead, or bite her lip. The instructor passes Jamie and nods approvingly. When the instructor sees me plodding along, she smiles weakly and moves on to someone she can help improve: an octogenarian with a limp. Ah, it was nice while it lasted.