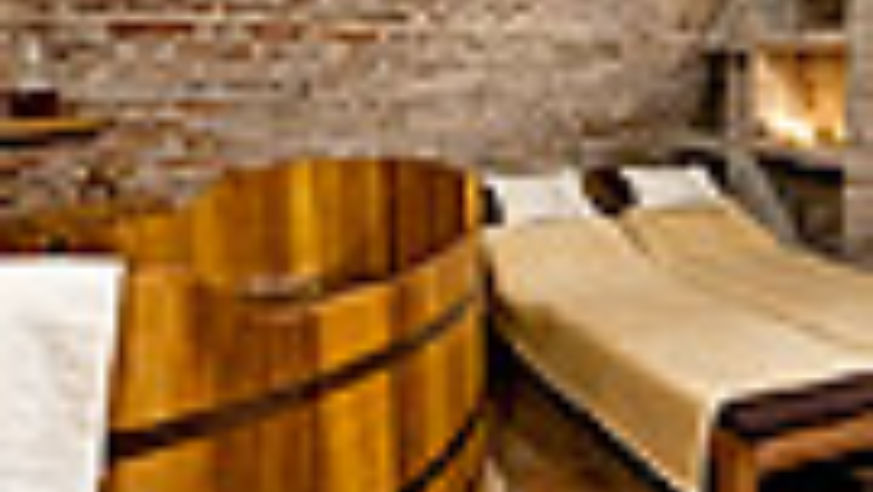 Courtesy Zámek Zábřeh
What could be more relaxing than bathing in…beer?

Few countries do beer like the Czech Republic (pilsner was invented here, after all), and now you can fully immerse yourself&mdash;by staying overnight in a Bohemian brewery.

Choose your preferred image of Czech beauty: Gothic spires casting shadows on cobblestoned lanes? Paulina, Eva, and other leggy supermodels? Or a pint of perfect beer?

Although the Czech Republic's buildings (and bodies) are often quite impressive, many locals and lager-loving visitors think that the country's real stunners arrive in half-liter glasses. Czechs drink far more beer than any other people on earth do, per capita, and their 1,000-year-old brewing history includes both the first pilsner and the original Budweiser. Yet for fans of truly rare beers, it isn't enough to visit Prague, which can suffer from a glut of mass-produced brews.

You're more likely to find uniquely flavored cold ones at microbreweries beyond the capital city. In a welcome trend, many of these craft beer producers in the countryside are adding guest rooms—a modern take on the centuries-old tradition of European taverns that double as places to stay the night. With 23 Czech breweries currently offering guest rooms (up from 16 breweries a few years ago), brewery hotels are now just about everywhere in this small country.

One of the most interesting brewery hotels is the 3-year-old U Rybiček (ooh-rib-ee-check), located a scenic two-and-a-half-hour train ride west from Prague in the hilltop town of Stříbro. At the hotel's pub, grab a table next to gleaming copper brewing kettles or sit alfresco in the beer garden. Try the flagship Argent, a pilsner-style pale lager witha crisp bitterness and highly aromatic nose. Or sample U Rybiček's other beers made on-site by brewmaster Roman Raka, along with the hearty Bohemian fare coming out of the kitchen. There's a malty wheat beer, called Duchmaus (named after the town's legendary goblin), that goes perfectly with a plate of halušky, a type of house-made noodles served with piles of tangy sauerkraut and chunks of bacon ($4). The rich dark lager called Horník matches well with the special venison roast with mashed potatoes and fragrant rose-hip sauce ($10). A half-liter of perfect draft beer costs about $1.50.

Like many of the best Czech brewery hotels, U Rybiček has a historical feel. No surprise, because it's set in a stone house dating from the 17th century. Amenities are nonetheless up-to-date, as the hotel opened in 2007 after a full renovation. The cream-colored interiors showcase farmhouse-style furniture, antique sewing machines, and a large stuffed deer head. Located on the two floors above the brewpub, the nine guest rooms are furnished in a minimalist style, with plain pine furniture, bright-blue bathroom tiles, and silence-preserving wall-to-wall carpets. There's no front desk, however: Pick up your room key in the hotel's wine bar or pub.

If you're looking for a tourist-free view of Bohemian village life, the former silver-mining town of Stříbro (strzhee-bro) delivers in spades. Start out snapping pictures of the pastel façades on the baroque-era buildings around the main square, Masarykovo náměstí. Pass the town hall, built in 1543, and walk down a car-free portion of Benešova, a lane lined with shops. Drop by a grocery store and pick up a box of oplatky ($1)—crunchy, semisweet wafers—as a souvenir for friends back home.

Stříbro's labyrinthine lanes and alleys will eventually lead you to the black-capped tower of the photogenic Church of All Saints. Pass the centuries-old city walls and you'll notice an intact medieval bašta, or fort. Farther on, a Gothic-era stone bridge spans the Mže River. After this hike, you've earned yourself a beer.

Plan your visit
Stříbro is reachable by rail via nine daily departures from Prague's Hlavní nádražzí main train station. Book at the station (or online at eshop.cd.cz, in English, click on "Inland Tickets") for about $10 each way. The hotel is a mile from the train station, uphill. Taxis are available.

U Rybiček offers seven doubles, starting at $43. Also available are two suites, which have two to three times as much living space as standard rooms, along with couches, coffee tables, and small kitchens, from $80. 011-420/604-280-787, urybicek.eu.

Other Czech brewery hotels worth visiting

Zámek Zábřeh
Located in the northeastern Moravian city of Ostrava, the 16th-century Zábřeh château was converted into a luxury hotel and brewpub in 2007. Decorated with period antiques and exposed beams dating back centuries, the 18 rooms include several large suites. Soak in a beer bath at its mini-spa. U Zámku 42/1, Ostrava, 011-420/554-819-411, zamek-zabreh.cz, doubles from $65.

Purkmistr
Hosting one of the country's best craft-beer festivals (September 18 this year), the Purkmistr hotel, brewery, and restaurant is located in Plzeň, the birthplace of pilsner. The building, opened in 2007 after restoration, originally dates from 1603. There are 32 guest rooms (including two suites), decorated in a contemporary style with partially exposed brick walls hung with French Impressionist prints. Purkmistr also bowls a strike for fun with its own three-lane bowling alley. Selská náves 21/2, 011-420/377-994-311, purkmistr.cz, doubles from $118.

Hotel St. Florian
During the filming of the recent remake of the James Bond flick Casino Royale, the hilltop Bohemian burg of Loket stood in for a charming town in Montenegro. The Hotel St. Florian, a.k.a. "Hotel Svatý Florián" in Czech, offers 27 simple guest rooms as well as an excellent amber lager brewed on the premises. T.G. Masaryka 70, Loket, 011-420/352-685-109, hotel-loket.cz, doubles from $95.