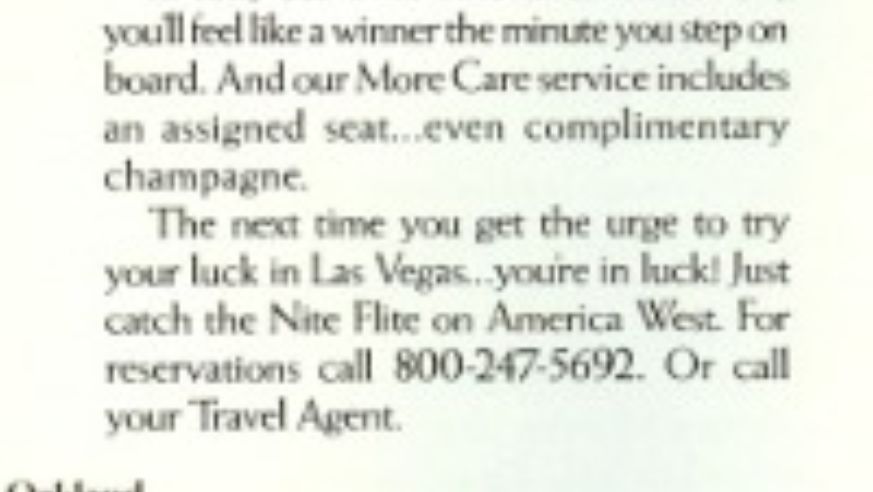 Whatever happened to the cheap red-eye flight? It seem as if the discounted overnight U.S. flight is vanishing, going the way of the hotel bathtub, the airplane no-smoking sign, and the daytime soap opera.

You might assume that a flight at a witching hour is cheaper than a flight during the day. Yet that's not true anymore, as airline analyst Jared Blank has pointed out in a post at Online Travel Review.

As Blank notes, in the mid-'80s, Eastern Airlines ran "night coach" fares for coast-to-coast red-eyes for half the regular fare. The catch? There were layovers in the middle of the night in Chicago, Houston, or Kansas City, Mo. Today, not only is Eastern Airlines long gone, but the entire idea of a low cost middle-of-the-night plane trip has vanished. Few airlines would allow a 3:30 a.m. stopover today. They want to avoid having tired pilots make mistakes and having residents near the airports complain about noise.

Sure, the airlines still run transcontinental flights that take off and land at odd hours. But these flights aren't bargains anymore. In some cases, they cost more than flights at reasonable hours. JetBlue's overnights from Seattle to NYC, for instance, depart at 10 p.m. and arrive at 5:52 a.m. (local time) yet are more expensive than daytime flights on the same route. Such pricing is typical for fares for cross-country trips from the West Coast. Perhaps American workaholics are now willing to pay top dollar for absurdly scheduled flights that airlines used to have to give away on the cheap.

Red-eyes exact a brutal toll with jetlag because of their short duration and the resulting time zone change.

Hotel bathtubs are an endangered species

What's your take on Airbus' vision for the future?

Should airlines allow U.S. soldiers to board planes first?