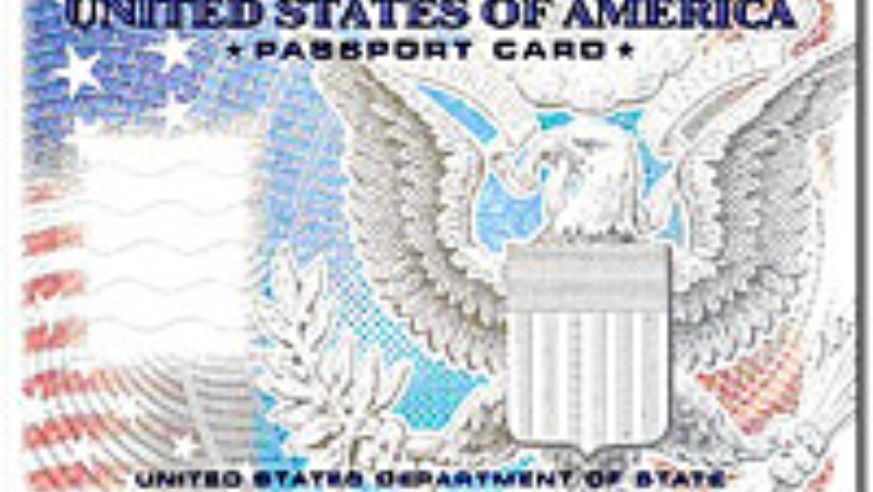 Courtesy The Department of State

This month the government began to produce U.S. passport cards—a cheaper, easier-to-carry alternative to traditional passports. Each passport card fits in a wallet and typically costs only $45, versus $100 for a passport. (Both are valid for a decade; prices and rules vary for citizens under 16 years old.)

Whoa, back up a sec! I've forgotten the rules for traveling in and out of the country. Give me a quick update.

Do passport cards work the same way as traditional passports?

No. Cheaper passport cards can only be used for land and sea travel between the U.S. and Canada, Mexico, Bermuda, and the Caribbean. For any air travel outside of the U.S., you need a traditional passport. Plus only traditional passports can be marked with cool stamps from around the world.

I'm confused. Why would I bother with a passport card when a traditional passport covers both land/sea travel and air travel?

Think of passport cards as similar to—though not exactly like—the EZ Pass electronic toll collection system that's popular on Northeast toll roads. Border officers can access photographs and biographical information on your passport card from 20 feet away because each card contains a radio frequency identification chip. Officers pull up your info on their electronic devices before you reach them, speeding up the process. Your traditional passport can't do that.

Hmm.... Can anyone read my passport card and learn my private info?

For people who may have concerns about privacy, "there's no danger of any personal information being transmitted from the chip on the card, because there is no information on the card," says Steve Royster, spokesman for the Bureau of Consular Affairs at the State Department. "Instead, all the chip has is an ID number that will be used to link the card to a secure government database that's accessed as someone drives toward the border." And for added security, each card comes with a protective sleeve that acts as a shield to prevent any kind of transmission.

Do you frequently cross either the Mexican or Canadian border by car? Get a passport card. It will speed your processing at the border.

Plan to fly outside of the U.S.? You need a traditional passport.

What's the best option for a child? If you don't expect that your child will take an international flight in the next five years—a passport card is best. It costs $35 for kids under age 16, versus $85 for a traditional passport.

Is there any reason why someone might want to get a traditional passport and a passport card?

Says the spokesman, Royster, "Some people like the convenience of having a reliable ID they can walk around with in their pocket or purse." When applying for a new job, a driver's license, a marriage certificate, or conducting financial transactions, you may need to show copies of your birth certificate. Now, instead, you can carry a passport card, which is valid in all states as a way to confirm your identity and citizenship. A tip: If you apply for both at the same time or if you already have a valid passport, you can get a passport card for an additional $20.

If you don't already have a passport, you must apply in-person at a passport acceptance facility (such as a post office, library, or courthouse). To find one, search by zip code at iafdb.travel.state.gov. To learn how to apply, visit travel.state.gov. As a general rule, bring proof of identity and of U.S. citizenship along with two passport-ready photos.

If you already have a passport, you can apply by mail—the same way you would renew your passport. Note: Like a normal passport renewal, you'll have to send in two passport photos with the application, plus your current passport, which will be returned to you within about four weeks, regardless of when your passport card arrives.

Is it easier to get a passport card than a traditional passport?

Alas, no. The application process for the cards is the same as it is for traditional passports. With both, if you're eligible to mail in the application, you'll save the potential hassle of waiting in line at the post office or courthouse. Royster says that the cards will eventually have the same turnaround time as traditional passports (currently, about four weeks).

But don't expect a four-week turnaround this summer: The State Department began accepting applications, first come, first served, for the cards in February and received more than 350,000 requests. It has mailed out 7,600 cards and expects to have the rest of the preorders sent out by the end of September.

If you applied for a passport card today, the earliest you could expect to receive one is after the initial 350,000 orders are filled.

Expedited service ($60 more plus delivery fees, for a two-week turnaround), like what’s currently offered for passports, will also eventually be available for the cards, but not until production catches up.

Anything else I should know?

Travel from U.S. territories, such as Puerto Rico and the U.S. Virgin Islands, doesn't require either a passport or a passport card.